Is Sundin Torn Between Two Quagmires?

Share All sharing options for: Is Sundin Torn Between Two Quagmires? 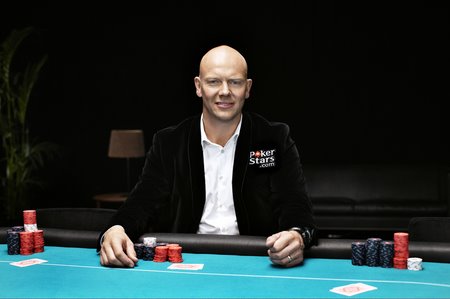 Signs are, that Mats Sundin's summer of torment is coming to an end.

Torment that is, for himself, fans of teams in the hunt for his services, a half dozen general managers, fans of the Maple Leafs, and every handcuffed UFA left unsigned pending the big Swede's decision domino to play or not.

This past weekend has been somewhat of a turning point for Sundin, who has finally appeared back on North American soil since last being seen with a Leaf on his chest.

Over the past few days, Mats has been quoted saying very little once again about his immediate future, but it is his gestures that may bare his state of mind.

Appearing at a charity function in Toronro, and lacing up the skates for a good cause, he clearly spoke of the city, the team, and it's fans in both past and future tenses.

The future in terms of "I hope you still love me long after I have deserted you!".

The present, for Sundin in Toronto, remains a sketchy and untouched proposition. Talks with GM Cliff Fletcher and team associates on the weekend reportedly only cemented the notion that if Mats were to return, it would not be in a Maple Leafs uniform.

Next on his agenda, was a long-time-in-coming sit down chat with Canadiens GM Bob Gainey, who's long been the most patient and persistant persuer of Sundin. Their discussion lasted two hours, which speaks of bases being touched on many fronts, in my opinion.

One week ago, doubts were created that have since been erased, when Gainey admitted concern over Sundin's fitness and lack of curiosity about the Canadiens team. Between Gainey's statement on that day, and events this past weekend, agent J.P. Barry qualified that Sundin is quite informed about the Canadiens past, present, and future, and early today we have found out that it is of Gainey's opinion that his fitness is fine.

For now, Sundin still sits in a cloudy state, on a fence, seemingly torn between retirement and the "one other team" agent Barry cannot yet admit, but we all now know, is the Canadiens.

His quagmire, Sundin repeatedly states, has to do with him needing to feel the necessary motivation to undertake an entire season of hockey at age 37.

But I don't wholly buy it.

I think it all has to do with leaving the Leafs to join the Habs - point blank!.

( Of all the other city scenario's that have been rumoured, I've yet to note one shred of factuality other than Flyers GM Paul Holmgren wishing the speculation would just disappear. The Canucks offer remains tabled and untouched. The Rangers rumours have been nothing more than dust in the wind.) 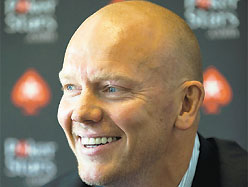 As a hockey icon, practically a monument in the city of Toronto, that clearly has to be the deciding factor holding things up for a decade long captain of the Maple Leafs.

For Sundin, it is, and must be, a many tentacled question. You can almost be sure that he feels as though a part of himself is betraying some very strong emotions he has long held as a Maple Leafs player.

It's tantamount to treason in some fans hearts, and Mats understands this. It betrays a promise he had made to himself many times, to bring the Leafs the Cup or practically die trying.

Much of his post hockey career may well hinge on the perceptions the hockey fan populace of Toronto retains of him. For a loyal employee such as Sundin, such matters definitely weight heavily in the balance. He will not speak those concerns for fear of livening a debate that will surely taint any decisions he makes.

The tug of war emotionally must be stressing. The more he wins on one side of the equation, the more esteem he is likely to lose on the other. And Sundin would want to be seen in a positive light either way.

Complicating matters even more, is that agent Barry recently revealed that Mats was a fan of the Canadiens growing up. So now there are perhaps two allegiances that run deep.

Talk about your head on collision of emotions.

Montreal and Toronto, are of course, not your run of the mill rivals either. Hate is almost a lame term to describe the levels of animosity that run between fans of both clubs. The conflict Sundin faces internally is almost akin to switching sides in mid war!

The two cities, both bearing team names that attach to them an identity of Canadianism, are often polar opposites. Never mind the battles on ice, there is inherant provincial hatred, political ideologies, the CBC telecast prejudice, and a language issue at the heart of it's flared tempers.

There is no way the Ray Bourque going to Colorado to win a Cup scenario comparisions even come close to this. There would be precious few Maple Leafs wellwishers in Sundin's corner saying, "Hell yeah Mats, you go off and pull on that bleu, blanc, rouge sweater and win yourself a Cup. Make us proud!"

As Sundin is aware of all this, he is also accutely aware that returning to Toronto poses more questions than it answers.

Just recently, newly appointed Leafs coach Ron Wilson brought forth the question of leadership in the Toronto dressing over the past seasons. Could he have been alluding to Mark Messier Leadership Award winner Sundin?

If Sundin wasn't already miffed at the Leafs brass for asking him to wave his no clause last February, here's another bridge severed. And this in a week where they chose to meet with him and talk?

Little wonder he was meeting with Gainey so soon after!

Sundin, who is about to get married, is going through a divorce of sorts on another front.

Anyone who's been down that road will testify how difficult it is to imagine it happening when one is unwilling, neccessarily, to part with the past.

For Sundin, the quagmire has come down to this: The Canadiens or retirement.

A difficult choice to make when confused, but thanks to the Leafs for helping!