Share All sharing options for: How NHL Ironman Jarvis Became A Hab 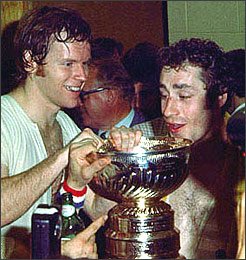 The story behind how current Canadiens assistant coach Doug Jarvis became a Hab is a very interesting tale of Sam Pollock larceny.

Of the many thieveries made by Good Trader Sam, the Jarvis deal rarely gets the limelight perhaps because of the players quiet nature.

Awhile back, I picked up the Brian McFarlane's book "The Habs", and the author shed some light on what was long percieved to be just a bad trade on behalf of Pollock's dance partner, in this case, the Toronto Maple Leafs.

The roots of the mid 1970's trade actually begin with the drafting of Bob Gainey in 1974, and the unretiring of Ken Dryden one summer later, after a year of articling for a Toronto law firm.

Then Canadiens coach Scotty Bowman, an alumni of the once Habs sponsored Peterborough Petes, was friends with current Petes coach Roger Neilson. One day, they were talking shop, when Neilson mentioned to Bowman that he had a centreman on his team, who not only was the best triggerman on faceoffs in junior, but as good or better than any at the NHL level.

Neilson was speaking of Doug Jarvis, who was in the midst of a season in which he posted 45 goals and 88 assists in 69 games with Peterborough, as a 20 year old. 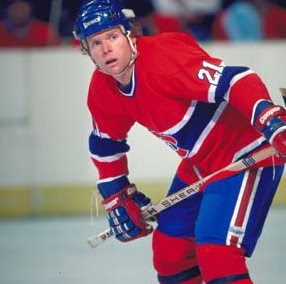 Bowman took Neilson's recommendation to Pollock, but the Habs GM demurred, stating that he knew of Jarvis from having scouted Gainey thouroughly, two seasons before when the two were team mates.

Pollock felt Jarvis was too small, but offered to send scouts to have a second look to appease Bowman's insistance. When Pollock stood firm a second time, Bowman did not give up, and he kept making his case to his manager.

The Canadiens kept their eyes on Jarvis, but their assessment remained the same. Pollock would not waste a high pick on such a small player.

As fate would have it, Jarvis was selected in the second round of the 1975 draft by the Maple Leafs, 24th overall. The Canadiens had three opportunities to nab the small faceoff specialist, with picks in the 9th, 15th, and 22nd spots, which they used to select Robin Sadler, Pierre Mondou and Brian Engblom, respectively. 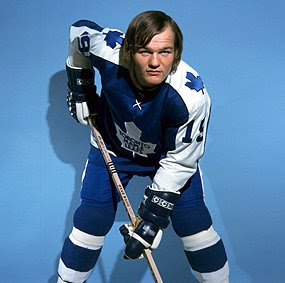 Meanwhile, Ken Dryden was planning to return to the Canadiens, and Pollock had an extra goalie on his hands. In Dryden's absense, the Canadiens had used all of Michel Plasse, Bunny Larocque and Wayne Thomas in goal, and clearly the club would not be carrying more than two with his law student back in the fold.

The happy problem's solution presented itself when the Maple Leafs came calling for the services of Thomas, as they desperately needed a starting goaltender to replace the waning Doug Favell.

Several trade scenarios presented themselves while Pollock stood firm in demanding a first round pick for Thomas, who had fared well as the Canadiens starter one season before.

Leafs GM Jim Gregory was willing to part with the high pick, but wanted a little something extra in return. Gregory set his sights on a Nova Scotia Voyageurs defenseman named Greg Hubick, who was fading from the Canadiens plans at age 25. Gregory wanted Hubick badly, but when Pollock then asked for an additional body to replace Hubick's usefullness with Nova Scotia, the deal hit a brick wall.

On June 17, the parties agreed to a Thomas for a first round pick swap - one for one (1976 - 12th overall, Peter Lee) - with promises to return to discussing Hubick sometime soon. 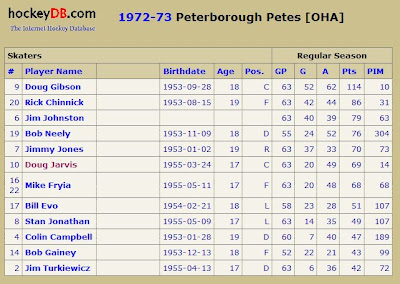 Noting that the Leafs had selected Jarvis, Bowman hit upon Pollock to snare the centerman once more. The GM figured that using Hubick to snatch Jarvis was fairer game than wasting a second rounder, so he called the Leafs back to reopen discussions.

Upon calling, Pollock happened upon Harold Ballard, as Gregory was out of town. Ballard, as is well known, figured himself as good a judge of hockey talent as anyone, so he began listening to Pollock's advances.

The trouble for Ballard was, Pollock saw him coming all the way. The Leafs owner began stringing off names of players, such as aging defenseman Brian Glennie and Jim McKenna, but Pollock countered by saying he just wanted some young kid, it didn't matter who, as long as they could fit into the Voyageurs roster nicely.

After a bit of "Who do you want?", and "Who do you have?", Pollock had Ballard right where he wanted him.

Pollock knew of the many idiosyncrasies in Ballard's demeanor, and how he'd always been suspect of certain types of individuals. One of them - God help him - were Christians of the Born Again nature.

"What about that whatsisname, the religious kid?

"Jarvis, you want him, you can have him!", Ballard offered.

Greg Hubick went on to play 72 games for the Leafs that season, scoring 6 goals. Thomas caught fire in the season's first half, and represented Toronto at the All Star game, where he endured one hell of a shellacking over 30 minutes. He'd never return to form again. 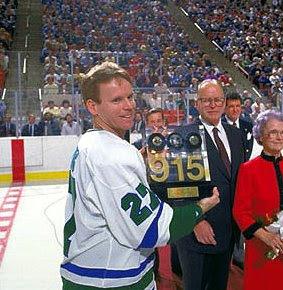 A little over a season later, both had vanished from the Leafs scene for good.

Jarvis meanwhile, was set to embark on a string of four Stanley Cups and 964 consecutive games.

The diminutive Peterborough pivot caught several lucky breaks at his first Habs training camp. Continuously on the bubble for cuts, he managed to impress just at the right moment. Facing Chicago in an exhibition game that fall, Bowman played him against the Hawks Stan Mikita, who was known as one of the top faceoff man in the NHL and surprisingly Jarvis took honours on almost every draw that night.

The Canadiens decided to keep him around just a little longer before making Nova Scotia his destiny, when Jacques Lemaire was injured and missed a dozen games.

Jarvis started the season, and did not miss a game for twelve full years. In fact, in one 80 game season, he actually played 82, when the Washington Capitals traded him to the Hartford Whalers in the mid 1980's. 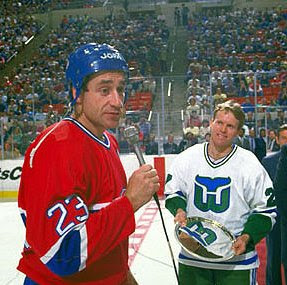 It was there in Hartford that Jarvis broke Garry Unger's streak of 914 straight games played.

Finally, two games into the 1987-88 season, Jarvis discovered a press box for what was both the first and last time. After a short stint in the minors, Jarvis retired to focus on a coaching career.

So much for the small center Pollock felt was too small for the NHL.

To what, possibly, could Jarvis had owed his endurance to?

Who knows, maybe he prayed alot!