Sergei K Says "No Way" to the KHL

Share All sharing options for: Sergei K Says "No Way" to the KHL 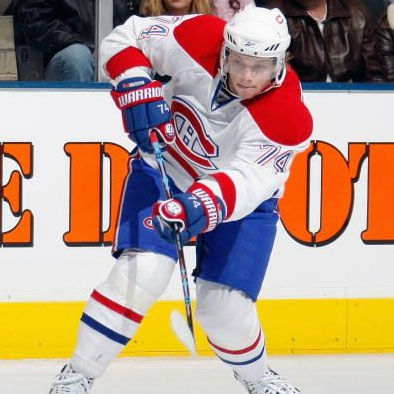 Robert L Note: Here a very interesting interview with Habs forward Sergei Kostitsyn from Russian Prospects. He touches on quite a lot of subjects, including Alexander Radulov's signing to the KHL, his own brother's non-offer, the stealing of Michael Ryder's job, and the importance of not putting his sights on a big contract ahead of his progression as a player.

Do you miss hockey that much to attend that game?

My friends were playing, so I decided to go. It was fun.

Fun, especially when being a "specially invited star".

Stop joking. Yes I was giving out autographs, but attention to my person is not as it is in Montreal.

You've spent your vacation in Turkey as usual. Do you have some favorite place over there?

No, my friends go there so it's more fun to have their company. No special place, just disco clubs. I was having really good time. Met some people I know. For example, Radulov was in the hotel next to mine.

Didn't he tell you details of his escape from Nashville?

No, it was before the scandal. But even then Radulov were telling he wanted to go to Russia and mentioned an offer from "Salavat Yulaev".

Why did he have the intention to leave NHL?

I think it's obvious. "Salavat" has offered him several times more than he could have made in Nashville.

What would be your choice in this situation?

Right the opposite. To leave the best league in the World?.. No, thank you. 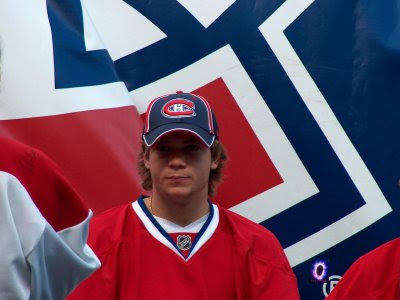 That means you're skeptical about the potential of KHL?

I disagree with the statement that KHL can catch up and take the lead against the NHL in the nearest future. If it ever happens it is a matter of not few years. Also, it's too early for me to talk about "zeroes" in the contract. I'm still young, will get mine when it's due. By the way, rumor that Ak Bars wanted to sign Andrei was not true. The rumor circulated all over the internet, but not a single phone call was made to my brother. Again, I don't know my brother's intentions, but as for me, I do not even plan on returning to Europe in the foreseeable future.

Don't you feel regret that even after successful debut in the NHL you'll have to play for Montreal on the rookie contract without the right to re-negotiate it? And we're talking about Russia, where you'd been offered double of "untaxed" at least.

I'll get over. There is time for everything.

You earned the spot in the lineups in part because of your gritty stile of play. We never knew you like that before.

I'm not trying to be a tough guy, but when I'm being challenged I'm not gonna shy away. 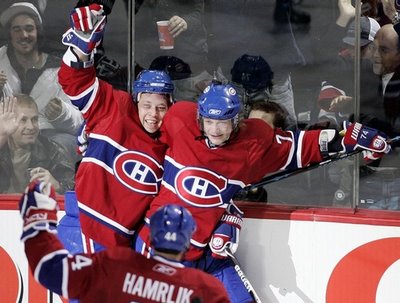 Any other memorable episodes?

Well, only if the time when we clinched the first place in the Eastern conference.

Why do you have a special knack against Washington, scoring every third of your goals in the regular season?

I don't know, it just happens. Although it's a pity that Henlon left Washington. I would have scored not three but six against them. Let him see who is "too young for the national team".

Are you frustrated with the results of the World Championship?

Maybe, but I can't say I was a bust there. It was very hard after a difficult season in the NHL and being injured to switch to play for National Team without the loss in your game. We didn't become one of the 8th, but spilled some blood of many favorites on the tournament.

You jumped from AHL to the next level very fast. Can Stefanovich follow your lead?

Why not? But it'll be extremely difficult for him to make regular team right after the draft. Most likely he'll get back to juniors.

What played the most important role in your transition to the next level - plain luck or your hard work?

Everything, but the second one is definitely took bigger part. Coaches were looking to replace Ryder and could have chosen anyone. But picked me and assigned to the Koivu line. To secure the spot on his line you have to work very hard. 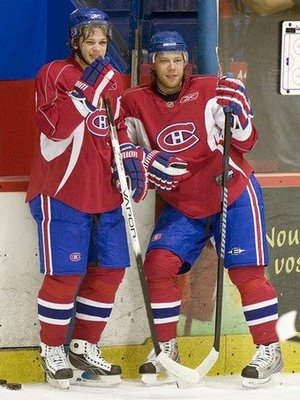 Do you remember the most original question American journalists have asked you?

You should not expect originality from them. Every other time they ask the same: "How do you like to play with your brother?"

How do you get ready for the net season?

I skate and go to gym on my own.

What do you think about the situation when "Gomel" and "Khimik" debate over $200,000 that Canadiens transferred for raising you?

I can't understand why they fight over it. If it was for me, I'd split half to my first coach, other half to "Gomel"

What's your opinion on being the third best Belarussian hockey player after last season?

(Calmly) I had a good season and it was a pleasure to be among firsts in the company of my brother and Salei.

Are you ready to conquer the top in the upcoming season?

Yes, I am. But many have warned me, Radulov for example, that no matter how good was your first season in the NHL, second one will be much harder.