Lapierre Anxious To Team Up With Laraque

Share All sharing options for: Lapierre Anxious To Team Up With Laraque 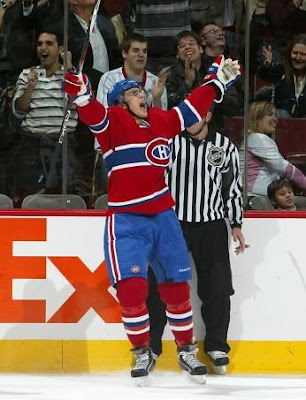 Here is a translation of article from today's Journal.

With the Olympics finally over, and the summer months drawing to a close, NHL players can be found hitting the ice in preparation for the upcoming season.

As is usually the case at this time of summer, a good number of NHL'ers were going through their regimen on the two surfaces of the Rosemere Arena.

Goalies Roberto Luongo, Jean-Sebastien Giguere, Martin Biron, Mathieu Garon and others were plying their trade under the watchful eyes of François Allaire on one rink while on the other, Canadiens Maxim Lapierre was soaking up a sweat, accompanied by several other NHL players. 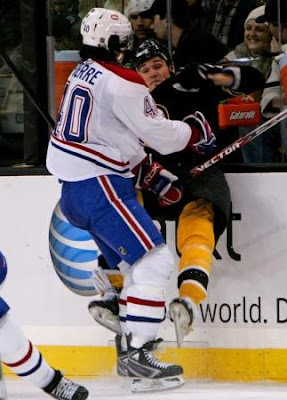 Not unlike most Canadiens fans, Lapierre has waited all summer for Mats Sundin's decision.

"Two months ago I was quite confident that he'd sign a contract with the Canadiens, but I am much less so now", Lapierre said after practice.

"I'm still holding out hope that he comes to play in Montreal", he added, "It wouldn't bother me at all to share some of that center ice time with him".

"We are already a strong club, but we'd be even stronger with him if he came aboard."
At last word, the big Swedish center was still mulling over whether he still wanted to play or not." 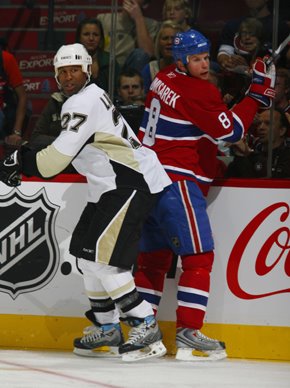 Lapierre is thrilled with the arrival of Georges Laraque on the Canadiens scene.

"He's an excellent acquisition for us, just as Alex Tanguay's is", he said "Georges command a lot of respect, and in my opinion he is the best fighter in the league."
"I've never had the opportunity to play with someone like him in my career.

Laraque's presence will make every player two inches taller. No one will want to mess with us." 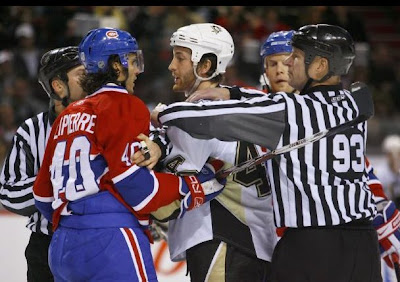 Lapierre would surely love Laraque as a linemate, if there is a possibility.

"I don't know what the coach's plans are, by I believe I could play the pest's role to an even greater extend with a guy like Laraque on my line."

"As you all know, I like to yap it up on the ice, and with Georges nearby, I'd likely never shut up", he laughed.

With a new two year deal signed last spring in hand, Lapierre is eyeing a greater contribution to the Canadiens scheme this season.

"I want to contribute in more areas than before, especially offensively", he noted. "I want to start by having a much better training camp, because I don't want to relive last season's experience of being sent to the minors."

Lapierre revealed that by strictly following the training program set up for him by the team, that he has added some muscle over the summer months.