Did Ryder's Paper Plane's Fly Him To Boston?

Share All sharing options for: Did Ryder's Paper Plane's Fly Him To Boston? 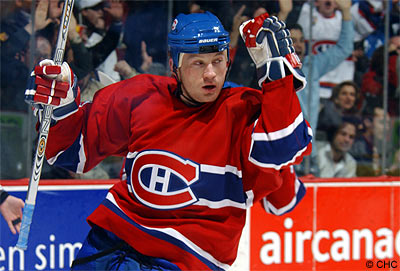 I liked Michael Ryder alot, and with that, much of what he gave to the Habs in his four seasons with the club.

I loved that he was a longshot NHLer who scratched and clawed his way to the bigs, despite a number of deficiancies in his game.

When a player's path to the NHL starts in Bonavista, Newfoundland, and incurrs such sightseeing detours in remote hockey coldbed teams such as the Tallahasee Tiger Sharks and the Mississippi Sea Wolves, you just got to admire a player's dedication and conviction when he finally finds himself a member of the Montreal Canadiens!

In Montreal, Ryder scored big time goals in big games with flash and pomp. What's not to like about that?

In his fourth season with the team, we all watched as Ryder's game became a suffocated stiffle, as opponants learned how to nullify his scoring chances. A painful learning lesson it was, but with the Habs winning, Ryder went from key element to spare part in less than half a season.

The result being, he is today a Boston Bruin.

I have no qualms with this eventuality, one that I foresaw long ago.

As there is an awful lot to appreciate about him.

I still believe he should have been the NHL Rookie of the Year in 2004. Like Andrew Raycoft, gimme a break! Calder trophies and abortions should be retroactive - just kidding!

Many Canadiens fans this summer, seem to be having trouble dealing with Ryder's loss. I can understand such a feeling, as I am still partial to Sheldon Souray's loss.

Much has been written, said, and speculated in regards to the treatment Ryder did or did not endure in his last Hab days. Just recently, Ryder was quoted in so many ways and words as to suggest that the Canadiens coaching staff did little to help him remedy his draughtful 2007-08 season.

Talk is always cheap, so take that for what it is in fact worth. Me, I like actions that speak volumes louder!

Fans of Ryder will of course feel slighted in that he may not have been given the same bad season benefit of doubt that players such Alex Kovalev, or Guillaume Latendresse have been given, when results fell below expectations.

The simple explanation for that is that contracts and youth for varying players present entirely different scenarios.

It has often been remarked how Michael Ryder was a good guy, while never complaining of his fate inside the team scheme of things. Prop points are often handed for such behavior by fans of a certain player.

In regards to a player accepting his benching fate quietly and in a sportsmanlike manner, that may not quite be the reaction a coach has sought when omitting a player from the lineup.

While it is commendable to accept things in a respectable way, the mental side of the game of hockey - an aggresive and sometimes even violent sport - perhaps requires an entirely different response.

Speaking from the POV of a former coach myself, I often involved players in subtle mind games as a way to gauge their character. If I simply sat a player during the third period of a game, and he did not balk, I immediately understood that he was not going to be a player I wanted on the ice at that crucial time of the game.

With that type of thinking in mind, if I were to have been an NHL coach, the reaction I would have hoped for from a player cast aside would have been absolute anger.

I would wish for that player to kick over trash cans, spout off, bitch, complain, and hence challenge the decision and prove it wrong.

Show some character, some defiance, and some pride.

If after the third or fourth benching, these traits have yet to be revealed, I would honestly begin to wonder if in fact the player cared at all.

As a coach, you want to elicit some form of resolve from the player. You want to see his frustration boil over into a passionate reaction that translates itself onto the ice.

If, in the end, all you get are the paper planes of indifference and nonchalance, you begin to understand that the player is not a keeper.