Carbonneau Declares The Habs A Contender

Share All sharing options for: Carbonneau Declares The Habs A Contender 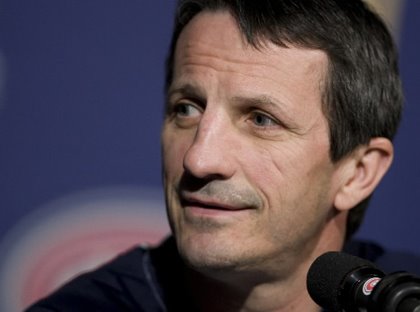 Guy Carbonneau was on CKAC this morning at 9:30 talking about what he is expecting of the Canadiens this season. CKAC caught up with him at his annual charity golf tournament - L' Omnium Guy Carbonneau.

Here is quick translation of all his statements:

Carbo is confidant that the Habs are a contender this season.

He says that the 100th anniversary season with be a funfilled year, but that the multitude of events shouldn't be distracting to the players.

The coach says that he knew he had a better team than what the experts were predicting last season.

He adds that with experience, they are only getting better and better, and that they should have learned a great deal from their elimination.

He believes the Habs are still the running for Sundin, and understands why he's taking his time. He thinks Mats is being professional in taking his time to make the right decision.

Carbo doesn't believe that adding Sundin would change the composition of the team greatly. 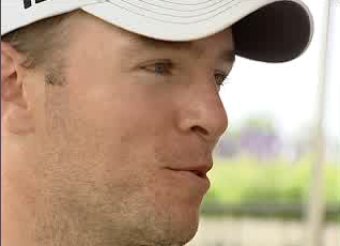 He says he spoke with Alex Tanguay and that the player is very excited to join a team that is at this particular point in its progression.

Carbo says he's satisfied with his team, even without Sundin.

The coach says the fans will love Laraque and what he brings, and having spoken to his player, he is up to every challenge.

He says that there haven't been too many organizational meetings of late with the club, and that heading into his third season as coach that it will be easier as as the training camp schedule is set in stone. Rookie camp starts September 15.

Asked if there are any young players he will have his eyes on, Carbonneau spoke mostly of Chipchura and the opportunity that lies ahead for him. Beyond that, Carbonneau says he doesn't yet see any one player that he feels will cause big surprises in camp and make the big team, and that every worthy rookie should be getting a minimum of three games to show their stuff.

Carbonneau said he noticed Max Pacioretty standing out at developement camp, but placed emphasis on the fact that it was a developement camp after all and the player will be best judged against professional talent come next month.