1919-20 NHL Season: Newsy Lalonde And Joe Malone Battle It Out

Share All sharing options for: 1919-20 NHL Season: Newsy Lalonde And Joe Malone Battle It Out 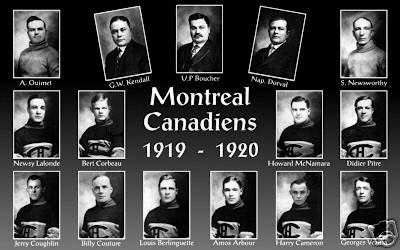 Canadiens fans were excited and relieved to hear the announcement that a new hockey arena was being built at the corners of Mount Royal and Saint Urbain, and would be ready in the coming season. With the fire that destroyed the Jubilee occuring in April, a month after the previous season had ended, meant that the Canadiens would begin their 1919-20 season on the road until the new Mount Royal Arena was completed. Montreal's first home games of the season were played in Ottawa and twice the scheduled home opener against the Quebec Bulldogs had to be postponed due to having no water to form the artificial ice surface.

The Canadiens finally made their home debut on January 10 in the brand new Mount Royal. The team, as popular as ever, turned away a thousand spectators due to lack of seating. Newsy Lalonde celebrated the occasion with a six goal game in a 14-7 drubbing of the Toronto St. Patricks. 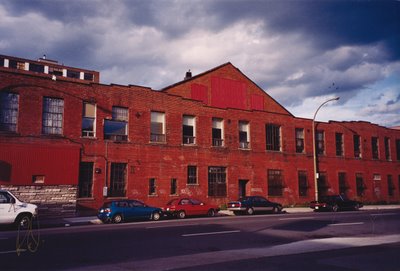 Very few changes were made to the Canadiens lineup in 1919-20. Lalonde was back for a tenth campaign in a Canadiens sweater, and Georges Vezina and Didier Pitre were returning for their ninth seasons. Also returning were Bert Corbeau, Louis Berlinguette, Odie Cleghorn, Amos Arbour and Billy Coutu.

Missing from the season prior were spare Fred Doherty, sniper Joe Malone, forwards Jack McDonald and Billy Bell, and defenseman Joe Hall, who passed away following a short battle with infuenza from the Seattle final six months back.

Malone and McDonald were transferred back to Quebec by Montreal when Bulldogs franchise returned to NHL on November 25, 1919. Bell remained property of the Canadiens but saw no game action in this season. He would return in 1920-21.

Smith was signed as a free agent by Montreal on December 11 after having served three years Smith in the military. He was no longer the high scoring forward he had been in his early days in Montreal, and suited up mainly as a spare, netting one lone goal in 10 games. The Canadiens had sold his rights to the cross town rival Wanderers during the 1914-15 season.

Montreal also recouped McNamara after war service, signing the 240 lb defenceman on December 7. He had played the the 1916-17 season as a member of the high scoring 228th Battalion team, counting for 11 goals in 12 games. This season would be McNamara's last, as he appeared in 10 contests, scoring one goal.

The Canadiens attempted to return another former player in Goldie Prodgers, who had scored the Stanley Cup winning goal for the team in 1916. Unfortunately, Prodgers wanted no part of Montreal at this time and after aquiring his rights from the Bulldogs, where he had also refused to report, he was sent to the St. Patricks for Harry Cameron on January 14, 1920.

Cameron, a man credited with perfecting the game's first curved shot with a straight blade, gave the Canadiens 12 goals in his 16 games with the team. He was later dealt back to Toronto on November 27 in return of Prodgers and Joe Matte in what was at the time a large three team, 10 player shuffle.

Montreal's one new face in this season was a spare named Jack Coughlin, who appeared in three games before being part of the aforementioned package deal with Toronto.

The Canadiens as a team, once again fared better in the first half of the split schedule before tailing off in the final twelve games of the expanded 24 game season. Unfortunately, Montreal won neither half as the Ottawa Senators took both, losing only five games all season.

The underlying story of the 1919-20 campaign was a heated scoring race battle between Lalonde and the Bulldogs Malone, who fought for the lead until the final game of the season. Newsy, who was in his fifth running year as the Canadiens coach, was in fact called out more than once by manager Kennedy for playing too individualistic a style for the betterment of the team.

Lalonde ended the schedule with 37 goals and 9 assists in 23 games - far and away his best season in professional hockey. Still, despite the career year, Lalonde missed one game and fell behind Malone in the final count by two goals and an assist.

Both players were at their performing peak, with Malone at 29 years of age, and Lalonde two years his senior.

If NHA statistics are taken into consideration, the two had split scoring titles for four seasons running. Lalonde had won in 1915-16 and 1918-19 while Malone took honours in 1916-17 and the following season with a record setting mark of 44 goals while a member of the Canadiens.

By many accounts, Lalonde was a man often motivated by monetary principles that were often tied to his on ice performance. As competitive as they came in the day, Lalonde was always ready for a challenge. With Malone on the sidelines due to job committments in 1918-19, Lalonde was all too ready to best him once more in 1919-20. Although he fell slightly short, Newsy would again gain the upper hand one season later.

In early NHL history, no two players battled it out as hard as Lalonde and Malone for who was better. They are the game's two best goals per game scorers to this day, considering, or not counting their NHA years.

Each player finished with 3 NHA / NHL titles to their resume. A debate over who was better would be eternal.

In the 1919-20 season, both Lalonde and Malone seemed primed to outdo each other. After Lalonde scored 6 to astablish a personal mark in the Canadiens home opener, Malone outdid him with a 7 goal effort three weeks later against the same St. Pats. Malone also netted 6 against Ottawa later in the season.

There may be a very early hockey lesson in all this goal scoring, who was the better individual, debate.

The Canadiens were the NHL's highest scoring team in this season, with 129 goals scored to their credit. Ottawa, who were the winners of both 12 game halves scored 121, but allowed only 64 against, including a mere 23 in the first half. Montreal allowed 113.

On March 3, the Canadiens humiliated the Bulldogs by a 16-3 score, setting an all time record for goals by one team in one game. Four Montreal players had hat tricks - another NHL record. Lalonde, Pitre and Cleghorn, all forwards, had three goal games, while defenseman Cameron hit the mesh with four, thus becoming the only rearguard in NHL history to do so twice in a career.

All the offensive prowess for the Canadiens would prove for nough, since the Ottawa Senators won both halves of the split regular season. There would be no need for an NHL playoff, and the Senators were given the O' Brien Trophy, assured a spot in the Stanley Cup Championship series.

Representing the PCHA again this year were the Seattle Metropolitans, who battled in a very tight league where two wins separated its three teams.

A problem arose as Seattle's green, red, and white uniforms looked almost alike to Ottawa's striped white uniforms. Ottawa agreed to play the series in white sweaters. As the previous year saw the championship played out west, it moved to Ottawa this season, but with unseasonably warm weather, the final two games were played in Toronto's Arena Gardens.

The NHL story in it's third season was a tale of growth versus setback. In Ottawa, as with Montreal the year before were crowned Stanley Cup champions, both cities were consumed with hockey interest.

The League seemed to have solved its issues revolving Toronto team ownership when a group was found to buy the dormant Toronto franchise one day before the regular season was slated to begin. The Toronto Arenas were dead, and the new team was nicknamed the St. Patricks. The group paid $5,000 to the NHL for what was essentially an expansion franchise.

Quebec, on the other hand, did not enjoy as glorious a return to the NHL. With a dismal record of 2-10 in both halves of the season, the Bulldogs fan support waned despite Joe Malone scoring exploits.

With the Bulldogs surrendering an average of 7.18 goals against per game, a record that still stands today, Quebec finished dead last. Despite a pair of Stanley Cups to their credit, NHL hockey in Quebec was on its final crutches.

The best news for the NHL was that World War I was finally over. Players came home and fans were now coming in larger numbers to see games. On February 21,1920, a record crowd of 8,500 fans came to see Ottawa play Toronto at the Mutual Street Arena.

Hockey fans were now freed from the constraints of wartime rationing to indulge in loves and leisures again. Hockey and the NHL would now solidify and grow accordingly. 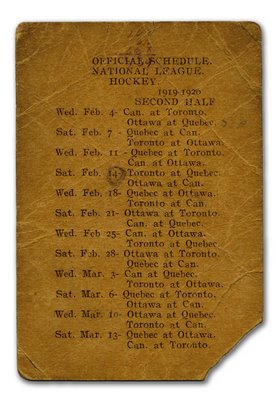 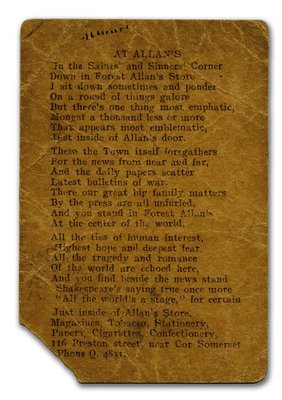 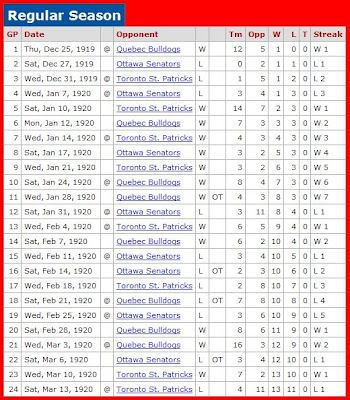 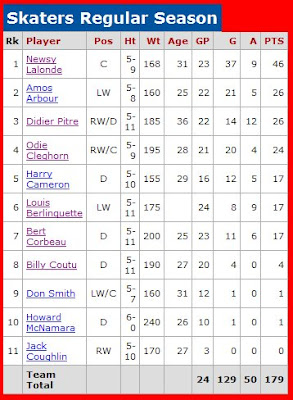