Habs For Breakfast - Time Is Tight In More Ways Than One

Share All sharing options for: Habs For Breakfast - Time Is Tight In More Ways Than One 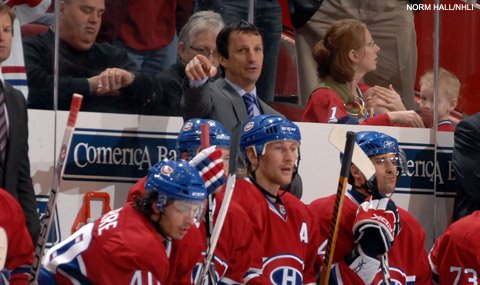 My apologies to regular readers who tune in for these "Breakfast" posts, today's links were thrown up here in a mad hurried rash due to a busy Friday schedule on my part.

For that reason, I am bypassing quotes and photos for each piece today. It is also well before sunup as I post these 17 interesting links.

The usual articles from Gazette, Habs Inside Out, La Presse, and Le Journal aren't posted online at this early time, but can be accessed via the main page link I usually provide at the end of these daily posts.Time allowing, I will add them later in the day.

On my plate today are an abundance of "more important than Habs blogging" neccessities.

Other than driving my wife to work and youngest child to school, I have to bring my oldest girl to a ball hockey tournament 15 minutes out of town between those daily duties. Then I have to return for a poem recital by my youngest before heading off to a job interview at 10 o' clock. The oldest has a game at 10:30 that I hope to catch. My wife and I have lunch at noon. I have a second job interview for 1:30 PM, and a second game to take in at 2 PM if my oldest makes the semi finals. I pick up my youngest at school at 3 and my cuter half at 5. If the oldest reaches the ball hockey finals, I'm going to miss a bit of the game.

In the Robert L home these days, the cash has gotten tight. I've tried to divide family and children responsibilities, job searching, and "Eyes On The Prize" blogging with equal amounts of responsability.

It ain't easy to do.

Maybe I have too many loyalties.

My two young girls are lifers, and I wouldn't want it any different. The two interviews I have today are not all that important. They are longshot job opportunities I owe to myself to investigate. I have been without work for about three weeks now due to a layoff. I will be starting a new job Monday coming either way, with a computer manufacturing firm.

My oldest girl has scored 13 goals in 4 tryout games as a defenseman with her schools Grade 9 AA team. She's only 13 and in Grade 7 at her school. She's usually a center on her travel team.
A full out, interesting day awaits me for sure.

I have a couple of other Habs related posts in the works, which I hope to have up here by Friday's end.

My apologies for the lengthy excursion into my private life details, but I was moved to state my head and where it is at in regards to the rising numbers of readers at this site in the past 2 months. There were close to 33,000 readers here in April and more e-mails than I could answer on a day to day basis.

All I can think of to say is, thank you - over and over. 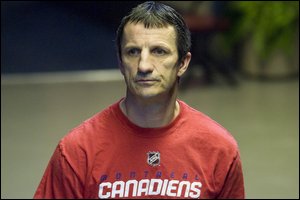