Kovalev To Miss Week With Botulism

Share All sharing options for: Kovalev To Miss Week With Botulism 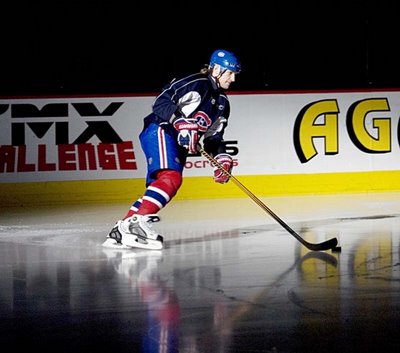 Lady luck is not shinning kindly on the Canadiens with news that Alex Kovalev, the Habs leading scorer woke up with a high fever during the night Monday and is suffering from a severe case of botulism.

Team doctors were immediately summoned to the Montreal General Hospital and were told that Kovalev was not exhibiting a reoccurance of the vertigo symptoms suffered late last season.

Upon examination, the source of the Russian star's dizziness, fever, cold sweats, rash and vomiting symptoms were due to having consumed a large quantity of banana peppers imported from Moscow by fans visiting Montreal on Monday.

Canadiens General Manager Bob Gainey released a statement through the teams website that Kovalev will recover in time to play by teams third or fourth playoff game, depending on a schedule that has yet to be released.

A General Hospital spokesperson, who chooses anonymity, said Kovalev was very pale when brought in by ambulance.

"The rash was immediately evident, as it covered all the exposed skin area, with obvious swelling near the lips, which is a sign of consumption of a poisonous nature".

After ruling out that player was indeed not poisoned, doctors began to focus on the causes of the rash.

"Procedures were greatly expedited by the fact that Mr. Kovalev had enough good sense to bring along the infectuous peppers, although his voice has lessened by that time to mere rasp", said one unidentified medic.

The rare peppers, known as "Chovies" in his homeland, are known to cause an allergic reaction when mass consumed. Used mainly as a spice when dry cooked and ground into a powder, the peppers can cause a variety of side effects.

Oddly, the banana peppers are also used to treat hair loss and scientists have discovered they are quite potent to that effect.

The hospital spokesperson echoed Gainey's fear of being out of action for up to 10 days.

"I've seen Mr. Kovalev's video, he's in fact quite a talented man. Unfortunately he won't be stickhandling around this one quite so easily. It will take time to get this monkey off his back!"

Kovalev team mate and countryman Andrei Markov was the first to visit the star in his quarrantined room, and admitted that things looked bleak for now.

"I don't what is happening with all this sour fortune on the team. It is like a very, very bad April Fools joke!" 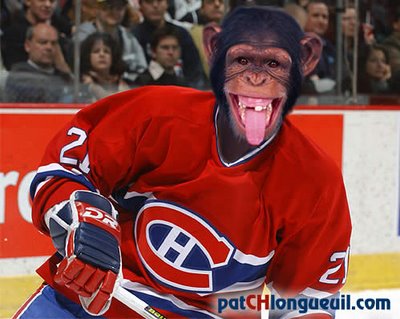