Habs Need To Adjust Against Ottawa

Share All sharing options for: Habs Need To Adjust Against Ottawa 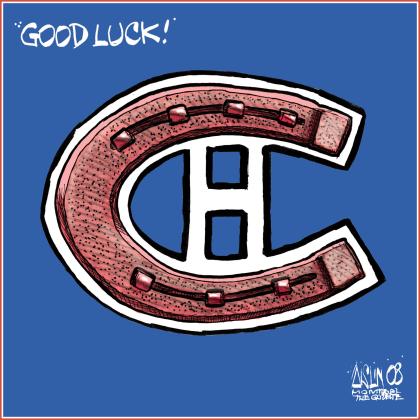 You got to give the Canadiens this - they have a sense of drama!

Not that they would wish things to be such, but a rash of injuries can throw fans into a panic mode this time of year.

Needing a single point to clinch the Northeast Division title and secure second place overall in the conference, the Habs have suddenly turned into the wheelchair brigade. Crutch hobblers abound, with a healing hip here, and spastic neck there, and not a whole lot of time for deep breaths and optimistic planning.

Perched just on the cusp of euphoria's brink lie the always dastardly Ottawa Senators, poised but weary, and always ready to trump the Canadiens at the worst possible time.

With all the Leafs fans working on their backswings, now I must look out for obnoxious members of the Sens army, one of whom approached me today to suggest that "someone's got a pretty firm grip on their Saku Koivu voodoo doll."

"And what have you got to be feeling so cocky about today?"

I didn't pursue the verbal bashing - one, because Sens army member #666 is a little ill equiped for battle with my vinegary jousts today, and two, he's just another former Habs fan who switched allegiances back in the day when a certain goalie was heaved from La Belle Province to La Belle Snowcap mountains all those years ago.

"Yup, looks like it'll take me a whole four games before I'm back pulling for the Habs again", he says.

Now that's what I call faith! Not! 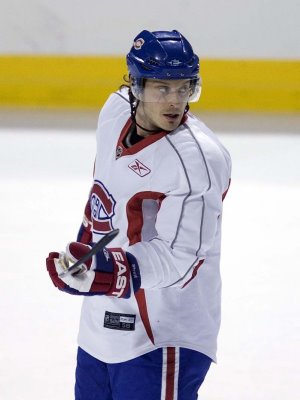 I have faith in the Canadiens, regardless of how banged up they are. A team doesn't arrive in first place, with 98 points at this time of the year without having learned how to win games in different ways.

They just need to settle themselves down and realize it.

What's precarious is that this particular edition of the Habs has not had to learn to win through injuries this season. It's a lesson they will now have to learn on the fly.


The Canadiens depth will be shored up by some veteran scrubs that I'm not terribly fond of, but who were brought aboard for exactly this reason. They will simply be depended upon to be dependable.

The tougher tasks will fall on younger players such as Sergei Kostitsyn and Mikhail Grabovski to keep the wheels of lines two and three spinning. They have 3 games in which to sort things out.

The defensive quator of Markov, Hamlik, Gorges and O' Byrne will see an excessive amount of ice time, while Mathieu Dandeneault and Patrice Brisebois will be handed mops. Francis Bouillon might make a surprise return against Ottawa, and in this light it would be huge welcomed news. 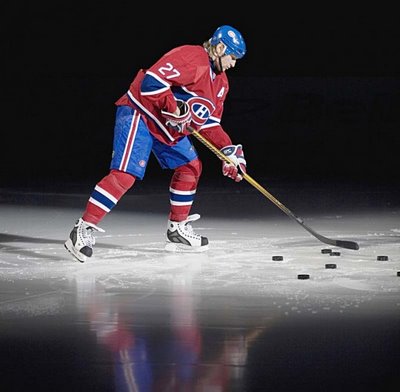 The coach mentioned at one point during the late afternoon press conference that in the event that Mark Streit would be declared ready to go, it is at forward that he would be inserted - due to it being a safer place for a player with a tender foot to play in a first game back sense. Smart thinking!

What the Habs need to do from the drop of the puck tomorrow night is have some control of the game, preferably in an unadventurous mode. They need to approach this game knowing full well that they will be facing the Senators team that took 40 minutes to show up last Monday and not the one they were busy routing 7-1 before Ottawa woke up.

With the opponant having the last line change, it will be a terse game for the Kovalev line. Don't expect the trio to shake Mike Fisher's trio from their shadows all evening. Maybe Bryan Murray will spin a reckless marble and line the Spezza trio against that of Plekanec, but I would be astonished to see it.

With the last line change, Carbonneau would be happy to get that matchup and play strength against strength, but it will occur only infrequently. So who gets the daunting task of surveying Spezza, Heatley and Alfredsson?

Can Begin, Smolinski, and Kostopoulos handle the pace? Maybe in spells. They have done good of late, with the two wingmen being thorny as they are known to be. But they have to catch these guys in order to be irritable and disturbing. It's a tall task.

The line of Higgins and Ryder with Sergei Kostitsyn might be a better match, in regards to speed, but it will be SK's first starting assignment in the middle. Call it an experiment. Expect it not to last long if Ottawa is flying.

Maxim Lapierre looks to be moved to wing on a line with Latendresse and Grabovski, which appears odd at first, but makes more sense at this point than turning Grabovski into a board warrior. If Carbonneau sees a fast paced game in the offing, it will only be a matter of a shift or three before Max finds the faceoff dot between Higgins and Ryder.

And that might be the best bet against Ottawa's big three.

Oh, the torment Lapierre could heap on Spezza all night!

Leaving a trio of Latendresse, Grabovski, and Sergei K to face the Sens fourth line of McGratton and a pair of minor leaguers might just be the stuff of high hockey science. Look for Carbo, in this light to juggle Ryder and SK back and forth as tempo begs.

The important thing is to prevent too much of a jump from a Senators team anxious for payback for last week.

Talking with my Sens Army buddy ( Yeah, I knew, sounds ridiculous - his term, not mine ) yesterday, before alot of what is now known injury wise, he asked me what I thought the Habs needed to do to prepare for the playoffs.

"Learn a more patient game against Ottawa for starters. Force them into mistakes first, because they will make them. The Canadiens need to get better a winning in a different way others than simply relying on offense."

"Yes, absolutely they can. Especially through the first round. They have to be creative and try to forge a new mentality."

"Closer to the heart?", he laughs.

Realizing I'd almost accidently paraphrased a Rush lyric, I amended the notion.

Take it away, Spezza!