Share All sharing options for: Habs And Fans One Big Happy Family 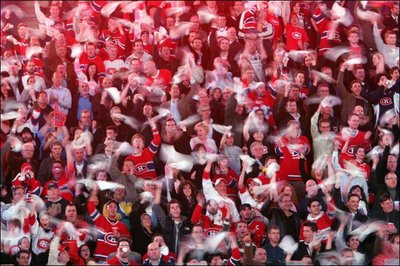 The love affair between Canadiens fans and their team of choice is busy two way street these days - and you might even find a Hab enjoying a ball hockey game there.

Surely every fan watching witnessed the outpourring of good cheer at the drop of the puck in game one of this Boston series. Players on both teams attested that the rousing emptying of lung power had an effect on the game's opening moments. Canadiens fan have been recognized by an NHL player poll as the home crowd that gives it up best for their team.

What is quite stunning in this age of nonchalant superstars earning disproportionate salaries to those of their supporters is how much the Canadiens players give in return. 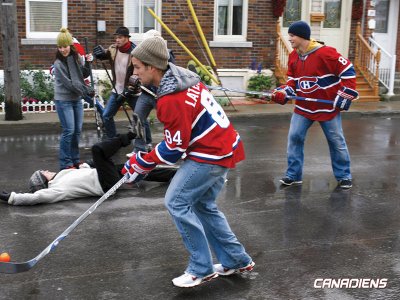 Just one game into this set, a few good will stories have already trickled out, and there will surely be more as the Habs stretch their springtime hockey one win at a time.

We've long known about Saku Koivu's charity efforts on behalf of local youth and cancer patients in the city, and everyone knows about the Kovy's Kids luxury suite that the Habs leading scorer fills with underpriveledged children at every home game. 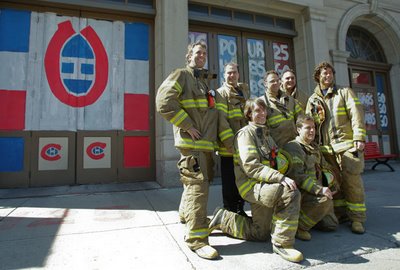 As leaders of the ice, the two also put their words into action off it. Koivu visits hospitals often and Kovalev's trip to visit a fan in northern Quebec in the summer, and his tips and training methods DVD for charity are ways in which they both return favor to the community.

Koivu visits hospitals more often than what is known, and just this week offered his personal seats at the Bell to an Ontario fan recovering from cancer. 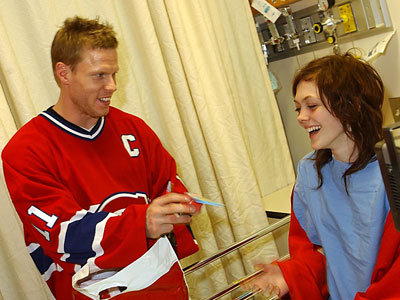 Tom Kostopolous didn't think twice when joining a group of kids for some ball hockey before the playoffs began.

Guy Carbonneau, who has been sporting an out of fashion psychedelic tie behind the bench will use the popularity brought on by it, to auction it off and donate the proceeds to a good cause. 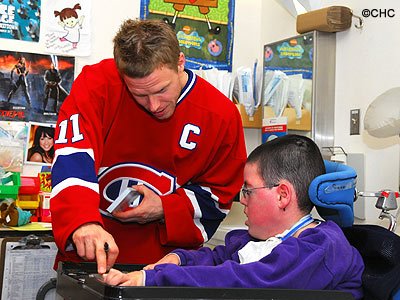 The Canadiens have a different anthem singer, often a youngster, and begin each game with children hockey players dressed in Habs gear, parading the circumference of the rink with CH flags held high.

Fans and players pledge their allegiance to one another in strange ways when the playoff fever stranglehold grips them. Firemen are moved to paint their stations in CH logo's to show their faith.

With the city turned upside down, and the team's players as well caught up in the first place finish and playoff frenzy, many other manifestations of good faith are about to happen. It will be interesting to see what the fans and players do for each other in the coming days, and hopefully weeks.
.