Share All sharing options for: Carbonneau Needs To Make Adjustments 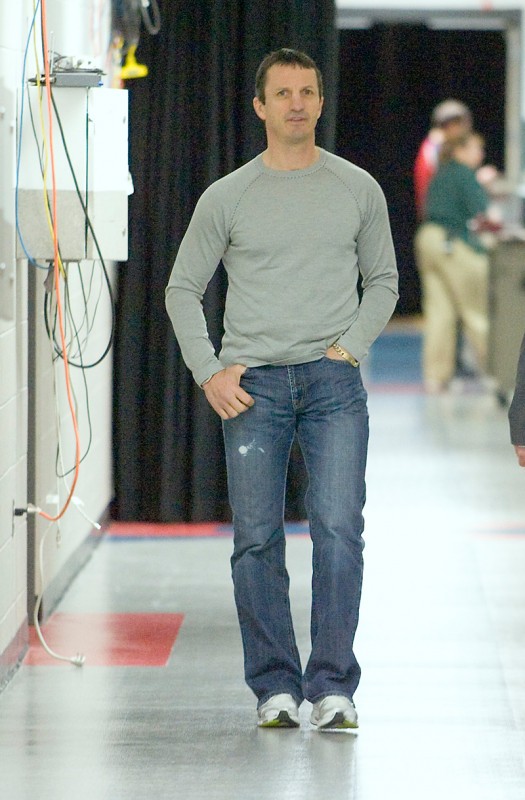 The analysis of a game should never be measured by the final score.

After the Canadiens narrow 3-2 overtime win game 2 of the series, one could sense the gap between the Bruins and the Canadiens was closing. Despite the fact that it was the Habs 13th straight win over the Bruins, it hardly looked by the the Canadiens play that they could commandeer such a streak of domination. Regardless of this series being a first against eighth seed, there isn't that big a difference between the teams in terms of overall effectiveness.

Looking back over the Canadiens run over Boston, the assessment that the Bruins did a whole load of dumb things to enable a 13 game losing streak would be just.

Over this season, and stretching back to 2006-07, the Canadiens have always found a way to beat the Bruins. Often, it was a case of the Bruins becoming frustrated with losing to Montreal, and somehow beating themselves.

There is much to be learned from continuous losing to the same team in same way over and over again, and the Bruins have been able to make the correct adjustments. On the Habs side, the biggest danger is complacency, and that is something that a team can never adjust to until after it happens.

With game 4 fast approaching, this is where the two teams sit. 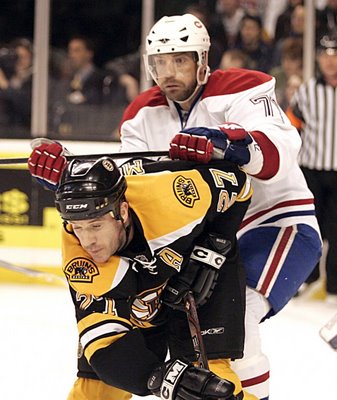 When a coach gets the sense that something is slipping away from his team, he has the choice to react strongly, or simply place faith in his players bouncing back.

It's a tough read for a coach, to scan around the room, or look down the bench, and take the pulse of a team that has been winning and decide changes are imminent. His reactions can be misconstrued as over reacting, and on the flipside, his silence and faith can enable the complacency to set in. It's a hard call to make either way, but often a decision has more impact than not making one does.

The storyline of game 2 had the Bruins gaining ground on the Canadiens, who were fortunate things went their way in overtime. Without the benefit of a day off between games, Boston coach Claude Julien didn't hesitate to make a change and send a message to his troops, dropping the potentially offensive, but so far ineffective Phil Kessel from the lineup.

Guy Carbonneau for his part, adhered to the "If it ain't broke, don't fix it" motto, and was likely left second guessing himself.

Many people were perhaps caught off guard by the fact that Carbonneau chose to make no adjustments. Perhaps the coach didn't see the cracks forming. There was nothing in Saturday's game for a coach to be alarmed about, but Carbonneau's patience with certain players will be questioned as the series wears on.

With as many as six players on the Habs card offering less than stellar results so far, many thought Carbonneau would be ready to tinker by game 3. Names mentioned as being a little off have included Michael Ryder, Tomas Plekanec, Alex Kovalev, Mathieu Dandeneault, Mark Streit, Josh Gorges, and Patrice Brisebois, so Carbonneau is not at a loss for places to start making changes.

Even though some big names have been pointed to by some, don't expect Carbonneau to do anything as drastic as Julien has. 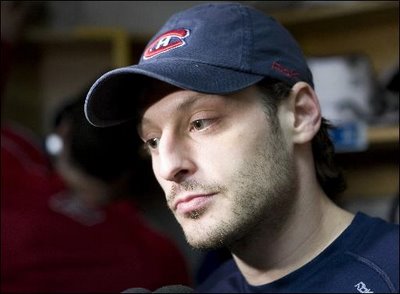 Plekanec and Kovalev have been shadowed and keyed upon moreso than they have been all season. It's a playoff thing and nothing else.

The often maligned Brisebois is safe as well, having just playing some of his most alert hockey all season. With his defense partner Roman Hamrlik being so effective in all areas, the Bruins has constantly pressured Brisebois' side, and he has responded with toughness beyond expectations.

Josh Gorges has been the goat of a few tentative moves, and it is in all likelyhood due to his pairing with the more adventurous Mark Streit, who hasn't played a whole lot of defense for the Canadiens this season. For his part, Gorges normal game will return with the steadiness Francis Bouillon brings as a partner.

Streit, bluntly put, is out of place on defense and getting pounded more and more. He may have been the Canadiens third leading point getter this season due to powerplay time on the point and forward line duty, but as a rearguard he has revealed himself to be a liability. Perhaps assessments on him have been harsh - his positional instincts must be confused after almost 80 games on the wing - but excuses aren't what is needed in his case.

Mathieu Dandeneault offers an honest effort every game. The fact that he cannot physically complement the right side of the pounding Lapierre and Latendresse duo with the same carsh and bang shouldn't be a knock on him. In his place, Mark Streit offers no more weight, but when it comes to having natural defenseman play that wing, Streit brings more creativity by far.

The case of Michael Ryder must concern Carbonneau greatly. This season Ryder has placed more emphasis on his play without the puck, and has come away a more solid forward in that regard. Unfortunately, it has come at the expense of his scoring chances. Ryder is not in his usual slot positions when receiving the puck, and still has trouble telling the difference between a playmaking opportunity and a dump in when a clear shot at the net hasn't presented itself. It might be time for the coach to cut the deck in response to what Ryder creates offensively and what he gives away to other teams by not recognizing what really is a scoring chance.

Adding in that the Habs have been pushed around more than they'd like, it is time for adjustments. The more physical Ryan O`Byrne would be a welcome addition, and should Francis Bouillon be cleared to go, a ripple effect might be felt through the Habs starting lineup.

If for no other reason than to shake off some complacency, it could be a good call by the coach. 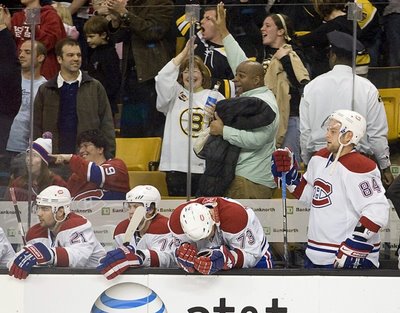 Bring in the tall and pounding O' Byrne, move Streit back in to a more comfortable role alongside Lapierre and Latendresse.

Play Bouillon if he's ready if for no other reason than to calm the steady Gorges at the expense of Patrice.

Have a one on one with Ryder, and make him understand that there is a kid named Gregory Stewart that they will not hesitate to give another start to. Stewart did more in his first NHL game with top standing in the East than Ryder has done in three games since the playoff puck was dropped.

Shake some foundations. Rattle an ego or two. It has worked all year - witness the effort given by grinders named Kostopoulos, Smolinski, and Begin - the Habs best line in this post season - who have all sat out games uncomfortably this season while inhaling the message.

The Canadiens will be able to exhale easier if they should return to Montreal with a three to one lead in games.

If the Bruins tie up this series tonight in Boston, the Canadiens will no longer be facing an adversary they have beaten in 13 consecutive game.

They will be matching up against an opponent that has the momentum from back to back wins, in what amounts to a best of three series.