Share All sharing options for: The Canadiens Euro Question Rears It's Ugly Head 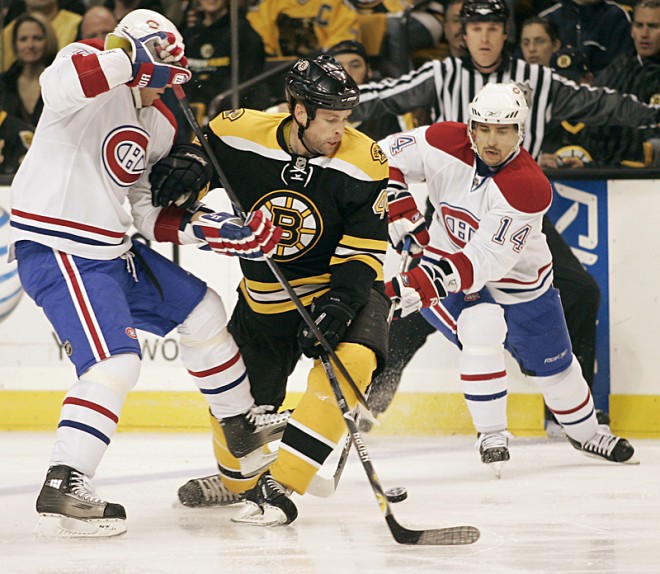 I'll admit it right off, this is a personal quandary, brought on by a most perceptive, and perhaps predjudiced caller, who spun this line on radio station CKAC while I was in my car on the way to picking up my youngest at school yesterday afternoon.

Perhaps you are like I am, and do not regard a player's worth by nation of birth and rather by what they offer up on NHL rink surfaces.

In a country where a pompous fool named Don Cherry is allowed an audience weekly, and a province where self protectionism is entagled with laws of the like so ignorant to our nations ancestry of multiculturalism, the question I am about to bring up will either strike a chord or sound a thud.

Let me again state, that I don't care if a player is from Belarus, Sweden, Finland, Russia, the Czech Repub, or Timbukseventeen, if he has a Habs jersey over his shoulders, wears the CH proudly around his neck, and hits the ice with gonads of steel, he can play for my team anytime.
Of course, weighing in the balance is that old, soon to be proven wrong notion, that North American hockey players make for better Stanley Cup winners than the players from overseas.

It's a Euro captain argument a decade old, added into the Ottawa Senators failures when they were less Canadian than they are presently, if you will, that infests the same mind as the caller who grabbed my attention in a very short span today. 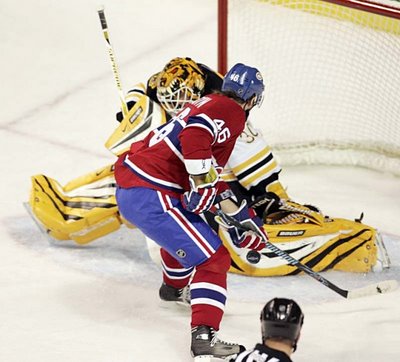 Still, the callers point rattled, as it did have some poignancy.

His statement was relevant to the Canadiens success so far in these playoffs. He pointed out the Anaheim Ducks who many mention who the Cup last season with an almost completely North American lineup.

The Habs biggest contributors so far in these playoffs have been Kostopuolos, Begin, Smolinski, Price, Komisarek, and Lapierre.

Now, three whole games into a playoff series, that is quite a conclusion to make, considering that these boys are the prime weapons with which the Canadiens go on the attack with nightly.
The also represent the Canadiens powerplay, which hasn't looked like itself much of late.
The caller never balanced his argument with the fact that not only was Bruins coach Claude Julien a former Habs bench boss, but he also had as many as five of these players under his guide as one time Hamilton Bulldogs while coaching there.

Would that explain why Sergei Kostitsyn has slipped off Julien's radar to notch a few goals?
Hell, who knows, right?

Give credit, the Bruins are doing a really good job of shutting down the Habs best offensive weapons.

The rhetorical you might hear echoing in your ears is a trickle down from Leaf Nation thinking and Ottawa Senators present jealousy, and do you really envy where their thinking has gotten them?

What I can suggest, if that if one chooses to draw such conclusions after one whole playoff game loss, then good luck to you in understanding hockey.

Teams of Russians have beaten teams of Canadians - go figure!

Some people are just too influenced by a media spin.

Give things time and draw your own conclusion.

What you are seeing isn't European players failing, it is young players adjusting to what the playoffs are all about.

What better way to learn!