The True Value Of Cristobal Huet

Share All sharing options for: The True Value Of Cristobal Huet 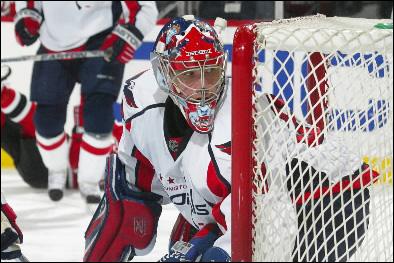 Robert L Note: Mathias Brunet of La Presse has placed in context, the Cristobal Huet trade, better than anything I have read all week. I don't agree with every single point he makes - such as blaming Huet for the Stillman OT winner 2 years ago - but it's an overall well balanced read that is quite informative and interesting. Here's the translation:

There is often a tendency, in the province of Quebec, to overevaluate our favorite hockey players.

Over the last week, certain fans have reacted to the departure of Cristobal Huet as though the Canadiens had just lost Patrick Roy.

Huet was quite a revelation for the Canadiens. He uprooted an erratic Jose Theodore two seasons ago, and helped the team qualify for the playoffs.

Unfortunately, in the first round, Huet cracked as the Canadiens had the Carolina Hurricanes in a stranglehold in the last minute of the third game, and let in a Rod Brind' Amour goal that never should have beat him. There was also that weak overtime winner by Cory Stillman in game seven.

The goaltender from France rebounded well in the first half of the following season, but started showing signs of weakness just before Christmas. His injury at the time disguised the fact that before he was hurt, he had begun to struggle.Huet also had a good start to this season, but even when he was at his best, his market value wasn't very high, despite what many people might have otherwise thought. 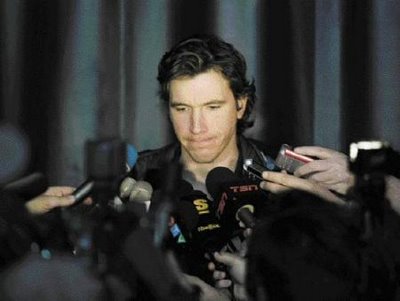 In December, an NHL scouting insider was quoted in a publication as saying that the 32 year old netminder "could not return an impact player to the Canadiens in a trade. He is neither Brodeur or Luongo, and while his statistics are good, his evaluation is closer to that of martin Gerber - a goalie who still leaves doubts. Other than two seasons in Montreal, he does not have a lot of NHL experience. Unless a team really falls desperate, he could fetch no more than a second or third round pick should the Canadiens choose to trade him."

It should be mentioned that this scout, whose team wasn't in the running to aquire a goaltender, made this assessment when Huet was topping the all star game votes for goalies and was in the top 10 in goals against average and save percentage.

He was no longer in such lofty statistical company when the Capitals made his aquisition this week after having surrendered 27 goals in his last seven games. His 2.55 GAA ranked him 20th, his save percentage 12th, and his win total 23rd. 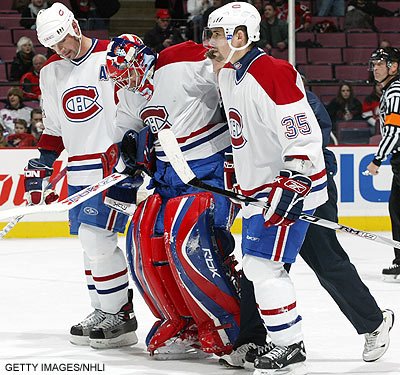 The scout did recognize that the market for goalie movement was not a heightened one. Ilya Bryzgalov, always a solid backup for the Ducks in Jean-Sébastien Giguère's absense was practically given away to the Coyotes on waivers.

So why not keep Huet as an insurance policy? Because Carey Price becomes a better goalie minus a veteran presence that was susceptible to replacing him at the slightest sign of worry.

When I wrote the acticle on Huet in December I believed he was an important piece for the Canadiens from now until the end of the season. But deceiving performances of late combined with the fact that Price had his best moments when Huet was injured gave me a diferent impression. Price plays better under pressure. 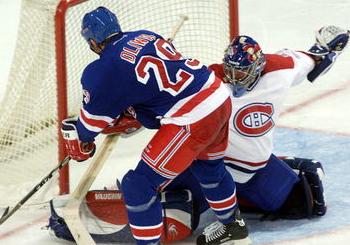 Now let's discuss the worth of a second round pick. On November 16, 2003, the Sharks sent Miikka Kiprusoff to the Flames for a second rounder because Evgeny Nabokov was their undisputed number one goalie. Kiprusoff is obviously a superior goalie to Huet and Sharks fans weren't happy to see him blossom in Calgary. Nabokov is still as solid in San Jose and the Sharks used the pick to take Marc-Edouard Vlasic in the second round two years later. Let's say the trade is digested easier today.

With their second or third round picks, the Canadiens have been able to draft the likes of Tomas Plekanec, Maxim Lapierre, Guillaume Latendresse, Ryan O'Byrne and Alexei Emelin, who should be quite a player once he arrives in North America. These players aren't duds.

Last week on CKAC, former Nordiques coach Michel Bergeron recalled the fans outrage when the Canadiens traded Jeff Hackett to the Sharks, only to see him skip California and go straight to Boston. GM Andre Savard was wallopped in the media and it was said how Hackett would return to haunt the Habs in springtime when Boston won the Cup. It never happened - not even close.

Talent has no age. The Canadiens are in a better position with Price than they were with Huet, even though the man was a class act and despite the fact that there will still be the usual ups and down between now and the end of the year.