Taking The Positives From A Dismal Road Trip

Share All sharing options for: Taking The Positives From A Dismal Road Trip 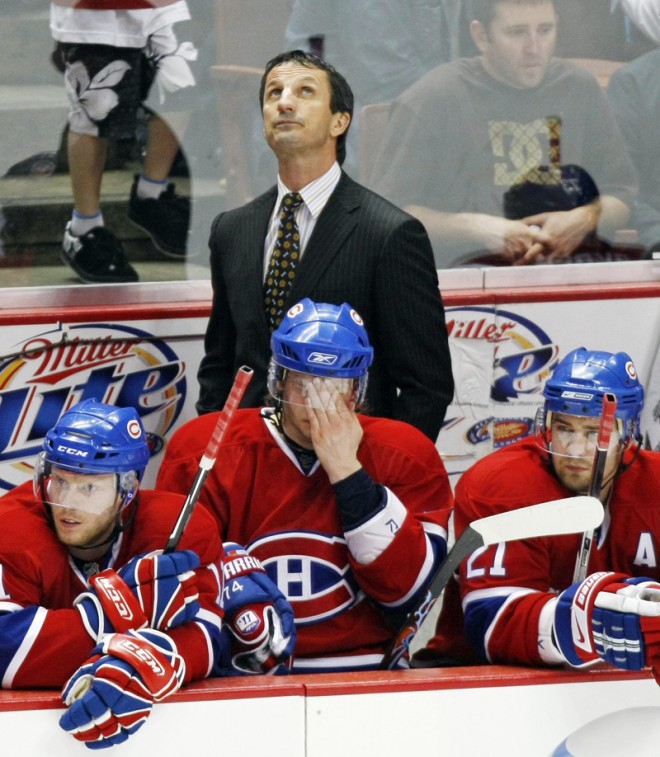 There's an old worn to death cliché about there being two sides to a coin, and similar to the one about the glass being half empty, the Canadiens have much to gain from learning about the things that went afoul on their recent four game western road trip.

While some might correctly state that the Canadiens won two of four, it's very much besides the point if the team is concerned with improving and heading to the playoffs confident and strong.

It's a case of being careful of what you settle for.

For many, participants on the team included, the Canadiens have already overachieved this season, and the mantra being repeated goes somewhat along the lines of "how can you criticize the team, no one expected them to the be first in the East in March."

All year long, as the Habs scaled up the standings, people began to pay more attention to the league's most surprising team, one that was perceived as not contending for a playoff position from the get go. Even the Montreal media sacked them before the start of the season. 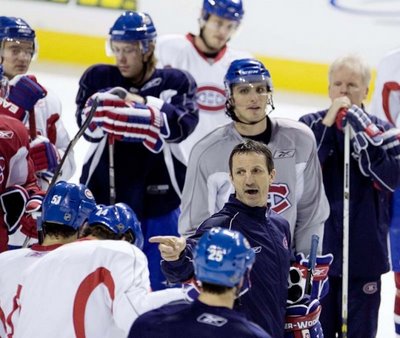 What perplexed me most, as I held firmly to my stand that the team was indeed destined to finish no lower than fifth or sixth, was that the majority of onlookers making the prognostications misread what went on last season.

Three factors derailed a promising Habs season in 2006-07 - occurances and accidents of course that surely could not repeat themselves again.

Remember that Habs were cruising along in fourth place, strong from a five game win streak when cummmulative blows sidetracked the team. First was the tragic passing of Bob Gainey's daughter and the distraction inherant with it, followed by a devastating bout with the flu that stole energy from half the team's lineup, and finished off by the siv like goaltending of David Aebischer, who failed to prop the Habs up in light of Cristobal Huet's injury.

One could even mention Alex Kovalev's showing, but that might be more of an effect than a cause.

Before these events and after, the Canadiens were on fire, and they came within a win, despite all these burdens, from an eighth place finish.

Burried under all of this muck and mire, was the fact that the Habs youth had grown and gained invaluable experiences in battle. The progression shown by the likes of Plekanec, Komisarek, Higgins and late in the season, Andrei Kostitsyn, were sound reasons for optimism.

Throw in facts such as a career year for Saku Koivu and the Hamilton Bulldogs Calder Cup championship, and I still don't get where all the doom predictions came from. I held strongly to my faith of the Habs finishing where I speculated.

Now to reassess the present standing of the team as having overachieved in light of what occured last year, one must add in the calamity that has been the Ottawa Senators this year.

The Senators surely aren't as woeful as they've looked since December, but their freefall has helped the Canadiens vault into an unexpected position sooner than imagined.

Expectations are so raised now that the Canadiens are seen as contenders for the Stanley Cup!

What this California road trip may have done is bring everybody back down to earth.

The reality is that the Canadiens form a very good team with a promising future who still are a few elements and a brisk learning curve away from being serious contenders.

Could this lineup win the Stanley Cup?

I'm betting it one day will, without this season being out of the question. Nothing is impossible - but the Canadiens must improve in certain areas. 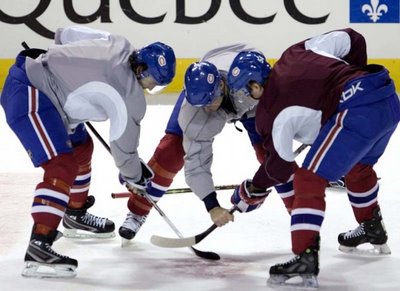 What they need to work on most was exposed during the last four games in which they were badly outshot by teams from the top of the pack to the bottom of the barrel.

It seems at times that the Canadiens fall back on their offensive resilience and power play too often, and may have gotten too comfortable with letting that, and solid goaltending, win games for them.

One might suggest that the shots surrendered are a reflection of the Canadiens strength on defense, but that might only be partially true.

The Habs defenders are an able enought crew that compares favorably to any top six starters in the league talent wise who don't have a duck foot logo on their chest. The problem is that when they are left to fend for themselves, a panic instinct often settles in and poor choices are made.

Defense will always be a team concept, and without the involved conviction of assisting forwards, the whole deal becomes unglued.

What Carbonneau will be trying to hammer home as a solution to this will begin with the jobs of the forwards. It's become too common for players up ice not to finish checks in the opposing zone. They are hanging back a little also coming up ice, in hopes for a quick breakout pass before the defenseman can even think transition.

In the Habs end, defenseman are quickly being outmanned and pressured before all five defenders can be properly positioned. This leads to the Canadiens getting pinned in their zone longer than they would otherwise, and provides more shot opportunities for opponants.

These cheating habits towards offense first thinking is high risk. It's works against Phoenix and Los Angeles, but fails against the Sharks and Ducks. 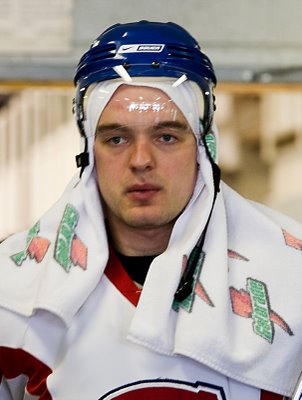 The compounded frustrations manifest themselves into other areas of indiscipline, such as taking penalties for retaliation and laziness.

The guilty parties have included just about everyone at one time or another, but the singled out goats of given goals aren't always the more obvious ones.

Take for instance Anaheim's go ahead goal on Sunday scored by Chris Kunitz. Everyone was quick to blame Max Lapierre for either failing to cut off the pass or covering Kunitz himself.

What was perhaps less evident was how easily Ryan Getzlaf rolled off the back boards untouched to feed the pass to Kunitz. The culprit - a late arriving Patrice Brisebois. Maxim Lapierre, the center on ice at the time, was at least in the right place, if improperly position.

Minutes later, Andrei Markov made an error in judgement on a 2 on 1, and hesitantly played the shooter instead of leaving him for Price and taking on the open Sami Pahlsson. The Canadiens were on a powerplay, and after Mark Streit was pinned up ice after his turnover, not a single Habs forward was in position to come back on the play, which is odd as the Canadiens had barely penetrated the Anaheim zone.

At other times, Chris Higgins and Saku Koivu dropped their duties as rugged forwards and failed to finish checks in the Ducks end, leading to their covered players joining the rush as they rejoined the backcheck. Keeping their opponants pinned three seconds longer would enable their defenseman's transition with those added seconds.

It is a mistake being made by many Habs forwards of late, but it's less forgivable when it comes from veterans who ought to know better.

It took 70 games, but Alex Kovalev, despite being handed his 30th goal of the year, finally played a game that mirrored his brutal showing last season. Perhaps not having his regular centerman facilitated his frustrations. One less than spectacular effort out of 70 doesn't even deserve to be singled out except to note that as a team leader, many young players will follow Kovalev's lead. He'll take note.

The good news, is that the Canadiens are having all this shoved in their faces now, rather than in the first round of the playoffs. There is plenty of games left, now that these issues have been fully exposed, to work them out.

The kinks and wrinkles should be ironed out with an increased focus to detail. Perhaps the need to determine a defined set of third and fourth lines, without the nightly juggling, would go a long way towards solidifying the roles of the players involved. A clearer definition of roles and expectation within a unit, might just lead to less error and indecision for those involved.

There was talk after the Phoenix win, and again after the Kings game, that the Canadiens have reached a point where they have enough skill that they can play badly, yet still come out on the right end of the score.

That should be the last time that opinion is heard.