Share All sharing options for: Sergei Kostitsyn, A Natural Center 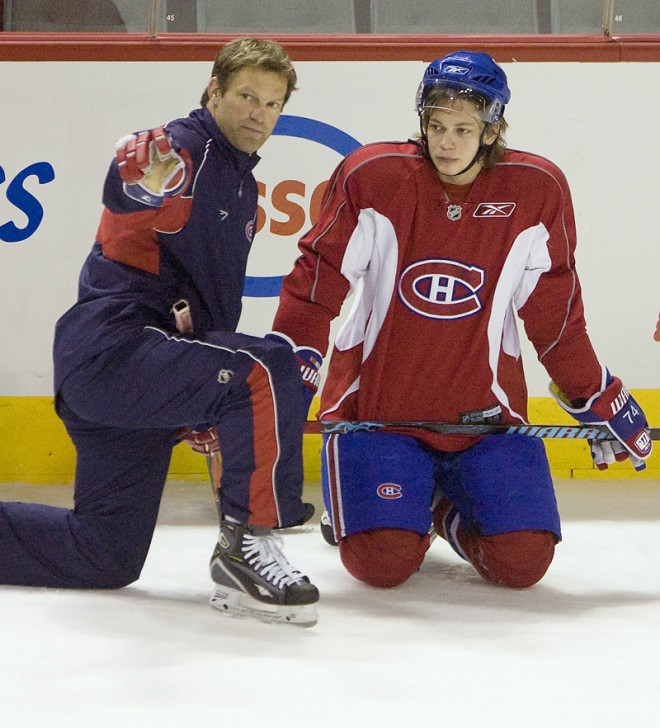 Robert L Note: Next to Mark Streit, Sergei Kostitsyn might well be the most versatile talent on the Canadiens.

His skill for reading the play and his quick shiftiness in executing passes speak for an abundance of talent, and we've only seen the tip of the iceberg so far.

Earlier in the season, Kostitsyn was used on the point during the powerplay, and in Tuesday's game against Jersey, he was given a few turns at center, a position I've often felt would highlight his most natural abilities.

Imagine the possibilities for the Canadiens: The duo of Plekanec and Kovalev could stay intact, as would the Koivu and Higgins pairing. A third line made up of the Kostitsyn brothers would complement the offense nicely. Find the right players to fit in alongside them all and you have yourself one devastating offense. 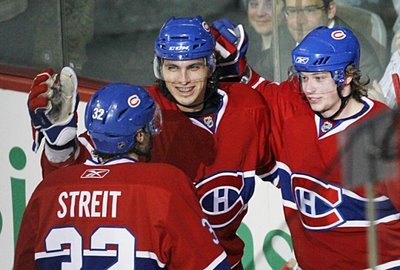 In Pierre Durocher's column in today's Le Journal, the subject of Kostitsyn playing center was brought up with coach Carbonneau. Here is the translation of that article.

Sergei Kostitsyn's name has been on everyone's lips after he made several spectacular plays on Tuesday. His two passes that led to goals by Saku Koivu and Maxim Lapierre were something to behold.

He was even seen taking a few shifts at center in the third period, a question of Guy Cabonneau giving the flu inflicted Tomas Plekanec a little rest.

It wouldn't be surprising to see the younger Kostitsyn give the center position a shot come next training camp.

"That wouldn't be a problem", says Sergei, "I've played there a few times in the past.
Coach Carbonneau is known to make these little experiments on occasion, but for the time being, Kostitsyn is staying put at wing.

"We've talked about that possibility in the past weeks, and we know he can play the position", he admits, "However, we have four balanced offensive lines and that's how things will stay. Sergei is playing well with Chris and Saku." 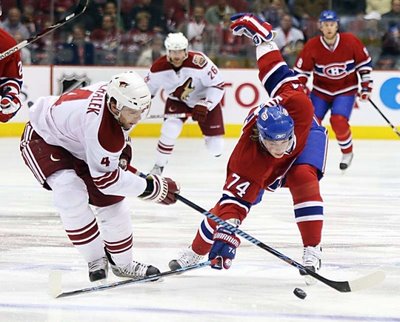 Carbonneau isn't complaining that Sergei tends to pass more often than he shoots.
"Nobody complained when Gretzky had more assists than goals...", he replied.

Kostitsyn has 5 points in his last five games, and seems more comfortable with the puck of late.

"It's a big step up from the American League to the NHL", says the rookie. "Thankfully, Koivu and Higgins have helped me a great deal in adapting. I'm lucky to be on a team where there are many rookies. It helps make it easier."

Recalling Kostitsyn from the Bulldogs December 13, has had an impact on the Canadiens, who are 25-12-4 since the move.