Habs Should Roll Out A "Welcome Mats" Sign Next Summer 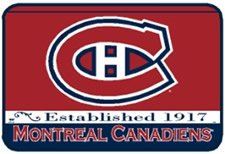 Not that I should be thinking about the summer of 2008 with the Habs on the verge on clinching a playoff spot in about three wins time, but a story out of Toronto had me thinking about July in the midst of snowbanks and melting roads.

My thoughts have to do with a player I feel would be the ideal free agent signing for the Canadiens.

When it comes to free agency, I've often put my thoughts inside those of an individual player, when contemplating scenarios ranging from from what city would be a good fit, and what line mates would make sense.

From a fans point of view, I'd then step outside the players head, and see how it all adds up for the Canadiens. If things spelled a fit on both sides, then I would be watching the scenario evolve with great interest.

Looking two players the Canadiens almost snagged over the last two summers, teaches what they may opt to do with who they will try to sign this July.

I like Marian Hossa and Mats Sundin as players the Habs should target. For different reasons, they remind me of both Brendan Shanahan and Daniel Briere, and as Habs fans, we've been all over this before. 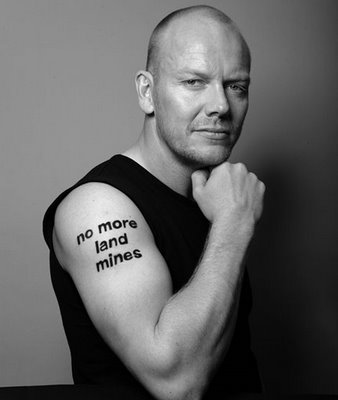 Two off seasons ago, I saw Shanahan as an excellent fit for Montreal. He was a character player, used to pressure situations, was a proven winner and leader, and his set of skills matched up well with the Canadiens needs.

The Habs came close to nabbing Shanny, with his spouse's concerns for their children's education being the deciding factor that pointed him towards New York. Had Shanahan not resigned with the Rangers this past summer, then the Canadiens still would have had an interest in him. His traits and attributes are still present and his game remains potent. He is making 2.5 million and is set to be a free agent again next season. His 22 goals this season would rank Shanahan third on the Habs and if Montreal is looking to add one player for veteran experience and leadership in it's 100th season a man with close to 650 career goals is not a bad place to look.

Last summer, the Canadiens were all prepared to roll out the red carpet treatment for Daniel Briere. The city and it's fans were so excited, many considered Briere a done deal.

I breathed a long and thankful sigh when when Briere rebuffed the Habs offer and headed to Philly. I saw the Briere proposition as a tenous one as I've never found him to have the right character to be a good fit in Montreal.

After the deal fell through, the details that trickled from the negotiations confirmed why I felt uncomfortable with Briere in the first place.

For starters the money and length were too large and too long for a player who's posted all one of excellent campaign. Placing oneself inside Briere's thoughts, do you think it might have crossed his mind what kind of treatment Montreal would reserve for him if he failed to live up to expectations?

With 62 points in 72 games, and a minus 25 stat on an eighth place team, I would say Briere constitutes a big disappointment at 10 million dollars a year!

Briere supposedly asked the he be guaranteed top line center status upon signing with Montreal, which is a preposturous demand to ask of an organization that has always put the team ahead of the individual.

A character player would ensure that he is the top pivot by his performance and not a contract stipulation.

Imagine Montreal being weighted down with 52 million dollars invested in Briere now, with a bundle of kids to keep signed for the coming years! 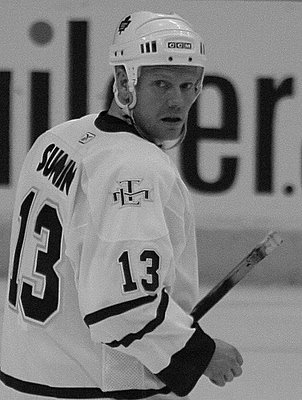 Barring perhaps Marian Hossa, it is doubtful now the Canadiens will want to sign on a free agent for a deal that surpasses three years. Having risen to where they stand presently on the strength of youth, the plan would seem to dictate that the Canadiens continue on in this manner.

As teams are now showing a tendency to lock up their younger more promising stars earlier before they reach RFS status, I could see and understand the Canadiens looking at shorring up their lineup with older players of character, leadership and experience, who have something left in the tank.

There a perfect fit out there for the Montreal Canadiens, and his name is Mats Sundin.

Some might suggest this a blasphemous thought, the notion of one of the greatest Maple Leafs ever, donning a Habs jersey, but it doesn't even enter into my mind.

Two of my favorite Habs ever were named Mahovlich and Gilmour, and they each wore the Habs colours with tremendous pride and dedication. Both were veterans in every aspect and action.

Sundin is in the mold of great Canadiens players. He has the passion, the perseverance, and the dedication needed to succeed in Montreal.

Having played all his career in Quebec City and Toronto, he is perfectly acclimated to the "hockey is everything" mentality that exists in Montreal. Sundin even seems motivated by such an environment. 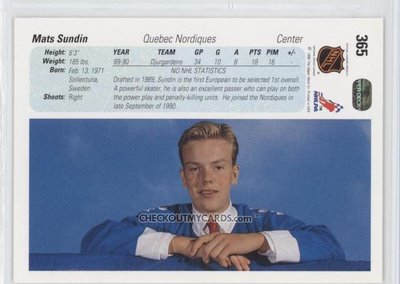 Now, Sundin could be a Habs player presently if he'd said yes to a trade scenario prior to February 26th that would have sent him to Montreal. Being the beneficiary of a no trade clause, Sundin exercised the option and chose to fight the good fight down to the wire as a member of the Leafs. His inspired performance has made the unlikely notion of the Leafs in the playoffs at least appear a remote possibility.

To his credit, his leadership qualities are being lauded around the hockey world, and his class as a man of his word and action is also worthy of being underlined.

Sundin has never so much as said he did not want to play anywhere else but Toronto, but he made it a point to state that he didn't believe in the rent a player concept working for himself. For him, the goal of winning a Stanley Cup begins in October and not February.

Many have expressed that Sundin would wish to retire a Maple Leaf, but the fact remains that the team and its captain are heading in opposite directions. Unable to trade any of their no trade clause contracted players, Toronto will have let go of something in the offseason whether they are looking to rebuild or retool. I can't see the Maple Leafs organization still having Sundin in their sights if they plan to move forward. In Toronto, the recipe for stagnancy would be recognized and ripped apart.

Knowing the Leafs were actively seeking to move him, can't sit well with the valiant captain either.

Mats Sundin is no different than any other player in the NHL - he wants to win a Stanley Cup as badly as anyone. He might just be a guy who wishes to so on his terms. He obviously has enough faith in his abilities, after dragging the Leafs on his back for a spell, to know that he could be just the right ingredient to put a tean elsewhere over the top.

This summer, Montreal will be on Sundin's radar, and vice versa.

In all the years I've watched Sundin kill the Habs over and over, I've never been able to shake the notion that he would thrive in Montreal. Sundin always showed up for big games, and every game in Montreal is big and getting bigger now.

Among other things about the Habs that would whet Sundin's appetite for victory is a lineup loaded with the types of players he would enjoy playing with. He's surely familiar with them from 8 meetings each year, and he'd continue to play in a division that he is comfortable with and has had success in.

Sundin will not be looking for a multi year deal anywhere. He will not command a 7 million dollar salary to sign where he feels he fits in. Sundin will want to fit where team leaders are already entrenched and he does not have the burden of being the team savior and can concentrate solely on hockey for a change.

Among Sundin's values, loyalty ranks quite high with him. It will not escape his thoughts that Montreal were one of two teams seriously bidding for his services recently. That will mean something to him when he finds himself looking for a new home come July.

As for the vision of seeing a former Leaf in a Habs uni, Canadiens fans will make him their own as soon as he has scored his first goal or point in Montreal jersey.

Toronto fans, might get over it with more difficulty.

Then again, every beantowner cheered for Ray Bourque when he tearfully lifted Stanley with a snow crested A on his chest. Why wouldn't this hockey story be just as sweet?