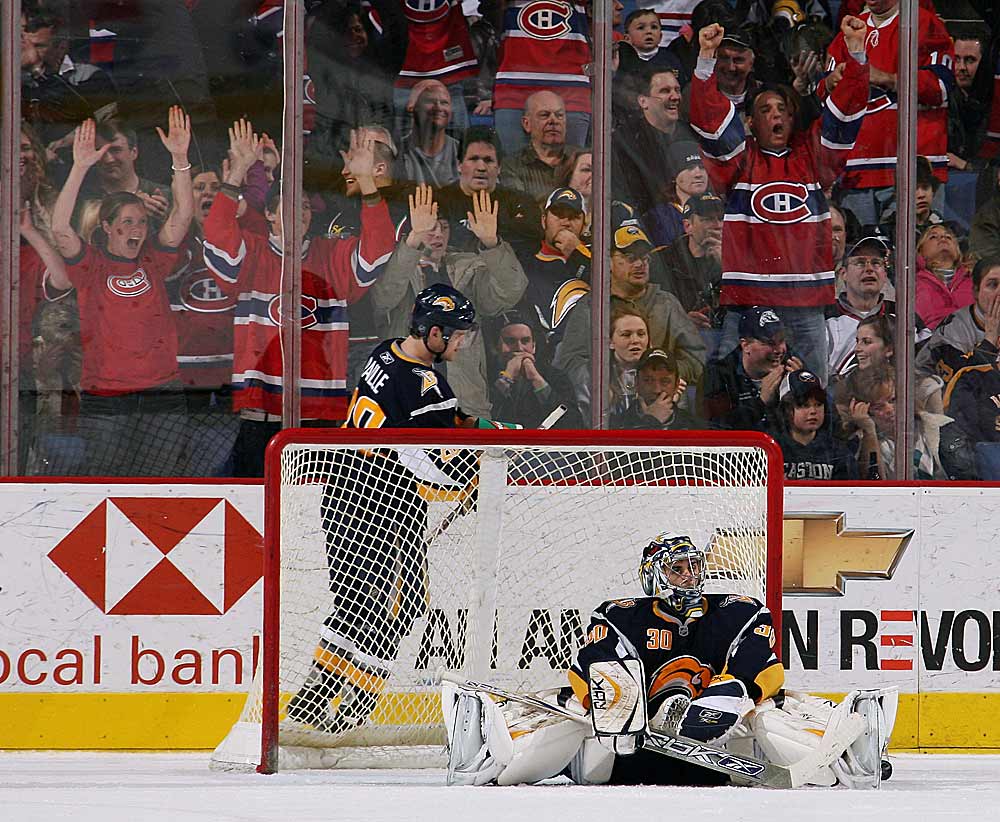 Habs Pull One Out Of The Fire - Gazette

"I don't think we played well in any period," Higgins said. "Tomas scored two big goals for us but, even though we won, we're not happy with the way we played. I suppose it's a natural letdown after clinching the playoffs, but it's something we talked about before the game, but we played exactly like we said we didn't want to play." - Pat Hickey

"The Second Season, unlike the regular season, really is a whole new season. The games are different in so many ways. The pressure to win goes through the roof. Checking is tighter. Scoring is lighter. Fighting is down. Even the refereeing is different. It's a whole new game in which "team" becomes even more important than it is during the regular season." - Red Fisher

"This means a lot, it's a good learning experience for us," Montreal coach Guy Carbonneau said, noting his team came out too relaxed after clinching a playoff berth earlier this week. "We just kind of showed up. We didn't respond, but sometimes it's better to be lucky than good, and we took advantage of it in the last minutes."

"George Gillett walked into the visitors' dressing room at HSBC Arena and whispered to a handful of his Montreal Canadiens players. "That was a crazy game, I'm proud of you guys," said the Montreal owner.

Price Looks To Be Habs Next Playoff Young Gun - NHL.com

"I think everyone was surprised when Bob traded Cristobal, but he also knew what we had in Carey and also the kind of player we had in Jaroslav," Carbonneau said. "I just wanted him to realize that he didn't have to be Superman. What got him to this point was just being Carey Price and that's all I wanted him to be. I didn't want to put any more pressure on him than he had and just wanted him to feel comfortable." - Mike G. Morreale

Habs Refuse To Stop Amazing Us - Lions In Winter

"The play by Mark allowed Price to remain on the bench as it gave us a face-off in Buffalo's end and inevitably to our goal. This was a perfect example of how never giving up on a play will pay its dividends in the end - no matter what 100% effort is always required." - Tobalev 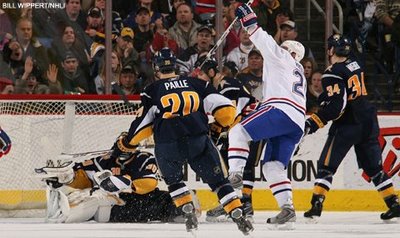 "I don't know how many of you are like me, but I've been afraid of opposing teams for a long time now. For years, we could never look at a schedule and say, "Oh yeah...Habs'll take that one for sure." - J.T 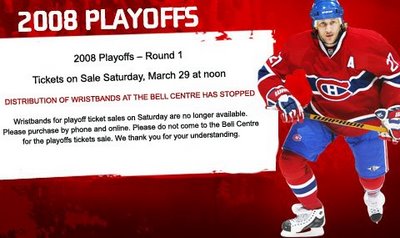