Habs and Leafs: A Jersey Shared Parts 1 to 4

Share All sharing options for: Habs and Leafs: A Jersey Shared Parts 1 to 4 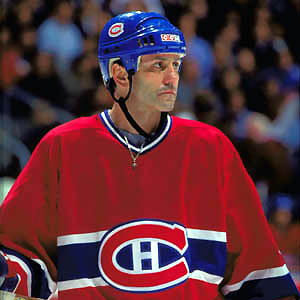 Since 1927, when the Canadiens longest standing rival, the Toronto Maple Leafs, first entered the NHL, very few transactions have taken place between the two teams. Perhaps due to the fact that a blown deal between the teams would be cause for aggravated embarrassment, considering the proportions of the rivalry. Because of the small number of trades involving the teams, the number of players who have donned both jerseys is quite minimal through an 80 year history.

I though it would make an interesting piece, to list all of those who have worn both the bleu, blanc, rouge of the Canadiens, and the blue and white of the Leafs, so I did some research and found 72 players who fit the bill as both one time Habs or Maple Leafs.

I have always wondered what the perception are when a player stars for two teams. To which team's history does he belong to and why, are questions I ask myself when going over such players.

Here are the links to the four part series I completed in February.