Beliveau Unsure How To Handle The Roy Hot Potato

Share All sharing options for: Beliveau Unsure How To Handle The Roy Hot Potato 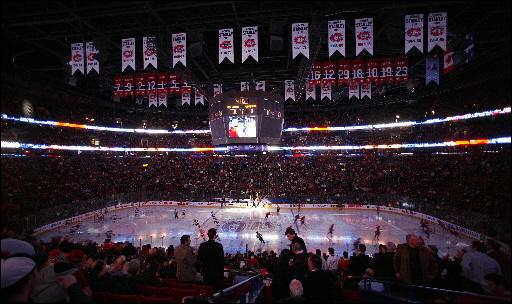 Robert L Note: Here is the translation of Marc Antoine Godin of La Presse's conversation with Jean Béliveau on the subject of whether or not the Canadiens should retire Patrick Roy's jersey. No further comments from me on this, I've emptied the tank!

Within the Canadiens organization, no one is more venerable than Jean Béliveau. As straight a man as there is and esteemed by everyone, no one doubts of his stature.

Even Béliveau, who sits on the committee responsible for jersey retirements, doesn't know where to begin in regards to whether Patrick Roy should be in line for the honour.

"Honestly, I don't know what I would do", he admits, upon being reached on the subject."Must we separate on ice achievements from public life? Should we be waiting in his case? These are certainly questions the committee must ask themselves."

The players whose numbers hang from the rafters of the Bell Centre played out their careers in an era when the media coverage was much lighter than the present one which has brought Roy's candidature into question. Certain players among them also slipped into questionable conduct at times.

"I don't recall a case as visible as this one", Mr. Béliveau points out. "With situations such as the one we were all witness to last Saturday gives cause for reflection." 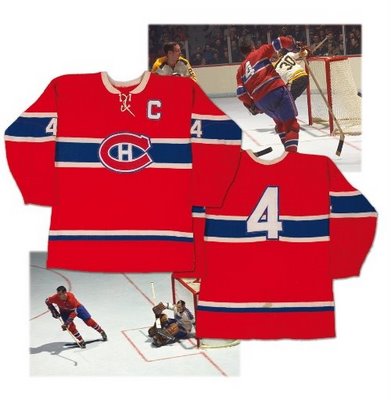 "I am obviously very disappointed by what went on. It wasn't the brand of hockey I enjoyed playing or watching.

"Veteran sports journalist Red Fisher, who has also sat on the committee in charge of honouring jerseys, has implored the Canadiens to give this one additional consideration - in light of the recent events, but especially given past episodes.

"That's one point of view", big Jean says, without going into detail. "What disturbs fans most, from what I understand, is that this isn't the first time this kind of conduct has occured with Patrick.

"Within the Canadiens dressing room, opinions are unanimous: Roy's number 33 belong with the others.

"He has to be recognized as a hockey player", insists Patrice Brisebois. "The numbers speak for themselves, just as they did with Guy Lafleur."

"Of course, it is not up to me to judge, but Patrick is a winner who's done whatever it takes to win".

"What goes on in junior hockey and the NHL are two totally different things", suggests Guillaume Latendresse. "It alters none of what he has done for the organization."

"He's the greatest goalie in history, according to many", adds Maxim Lapierre. "He helped the Canadiens win two Stanley Cups..."

If left up to Guy Carbonneau, who is caught between a rock and a hard place in this issue, he's content to leave it with those whose mandates it is to use their judgement on this.