The Saga Of The Hossa Glove Thickens

Share All sharing options for: The Saga Of The Hossa Glove Thickens 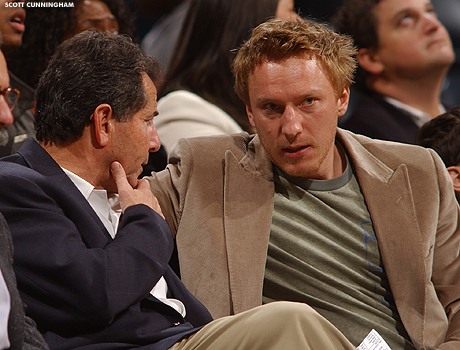 You can tell when parades and Stanley Cups are the minds of Montreal hockey fans and media alike when stories bordering on absurdity take on the realm of a believable scoop.

Last week it was "Pursegate", and now we have "Glovegate"!

As you might have read recently, a pair of gloves in the Marian Hossa name and in the Canadiens colours, brought a frenzy to the euphoria already implanted in the hearts and minds of Habs fans, when it was reported that such equipment was made to order and delivered to the Bell Centre three days ago.

Amid the speculation that Bob Gainey is trying to land the biggest of fish before the trade deadline, and combined with the reports that Atlanta Thrashers GM Don Waddell has been following the Habs closer than the Enquirer spies Britney Spears, came a story that an equipment manufacturer in La Belle Province had been called upon to fit and deliver game paraphernalia in the Hossa name to the Habs hockey rink.

In light of this, I figured one of two things would occur on Thursday.

There would be a trade announcement between Atlanta and Montreal, or an equally creative denial from many fronts.

I was expecting almost anything from either the Canadiens or Thrashers organizations to refute the news, but all that came forth were redundancies that Atlanta was still in negotiation with Hossa, and some even more farfalluted pipe dream than the Edmonton Oilers, of all hellish snowballs chances, were looking at bagging Hossa in the off season with a kings ransom of Ovechkin proportions.

Oh, and yes, the was a half baked denial that said the gloves were ordered for Marian's brother Marcel, the former Hab who is now New York Ranger property, who was not so coincidentally in town that very night for a game against Les Canadiens.

I could see this coming!

Marcel is currently a member of the Hartford Wolf Pack, having been demoted to the AHL recently.

So, it would make total sense that he needs new gloves and that they would be sent to Montreal at the precise moment the Rangers were in town.

The Wolf Pack wear the same colours as the Rangers!

I smell a coverup!

Mathias Brunet, who broke the story at La Presse, had much to add to the tale today, despite the refutals made. The spin says: 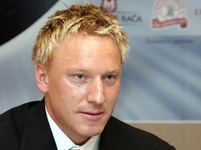 At the top, let's make it perfectly clear: La Presse maintains it's version of facts that equipment in Canadiens colours was ordered for Marian Hossa of the Atlanta Thrashers, and that ongoing negotiations in this area are serious even though nothing can yet be officially announced about a trade involving the Canadiens and Thrashers.

It can be pointed to as fact for the moment, that the it can be confirmed that the piece of equipment in question - a pair of gloves - were odered by Hossa himself, and not by the Montreal Canadiens. That would go a long way to explain the Canadiens reaction yesterday morning, being caught completely off guard as they have nothing to do with the origin of the story. Nowhere did it say yesterday that the Habs had placed the order.

We can then understand why the Canadiens made no statement either way Wednesday, when it was suggested that the gloves were intended for Hossa's brother Marcel, currently in the AHL with Hartford, while the Rangers were in town.

We can however state that the pair of gloves destined for Marian are one thing, and that those headed for Marcel are another.

Benoit Brunet mentioned last night on RDS that he had his own informers saying that gloves for Hossa were also made in the colours of the Boston Bruins and Minnesota Wild, two other teams were Hossa is susceptible of landing by next Tuesday. At press time yesterday, no confirmation could be made that gloves in the colours of other teams were also constructed and ordered other than the ones in Canadiens colours.

The latest news on the subject of Hossa are the folowing: He was dressed for the Thrashers gama against Carolina and according to TSN, Atlanta GM was giving signing Hossa a final shot today despite the player having publically admitted chances were slim at best of getting a deal done before next Tuesday.

What arises from all this will be interesting to follow as his services are vied for. The two visits to the Bell Centre by Waddell make clear that his interest was serious in dealing Hossa to the Canadiens.

In addition, it is still not possible to confirm in any way that Michael Ryder and Mark Streit, names mentioned in the same breath as Hossa, are indeed heading the other way.

To reiterate, as we had repeated in yesterday's story, there is nothing enabling us to confirm that a transaction has been completed, only that negotiations are by all counts very serious.