Carey Price Keeping His Spirits Up In Hamilton

Share All sharing options for: Carey Price Keeping His Spirits Up In Hamilton 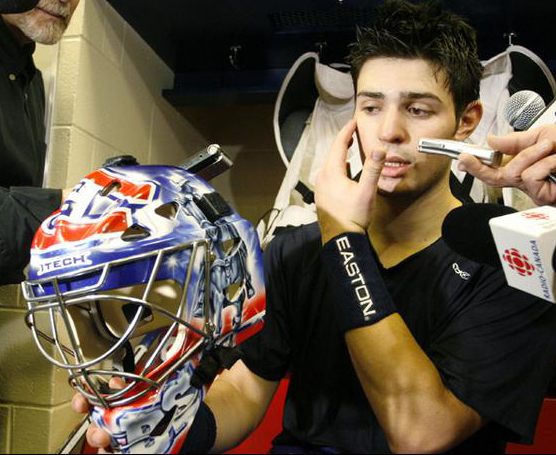 Roland Melanson has worked with Carey Price in Hamilton for four days this past week and says that he isn't worried about the future star goaltender in the least.

"He's had his ups and downs, but his performance mirrors that of the Bulldogs, who have but one experienced defenseman in their ranks, J.P. Cote", Melanson said upon returning to the Canadiens in Washington yesterday.

"The starting six defenseman are very young in Hamilton with the losses of Mathieu Biron and Joel Bouchard. Last season, veteran's such as Dan Jancevski were a great help to our young goalies."

Melanson, who was working on technical points with Price without specifying which, says he is fully confident that his student will rebound. Patience is needed in evaluating his progress.

Price's statistics in Hamilton aren't impressive. He has four wins and four losses, with a 3.29 goals against average and an .878 save percentage. "Carey has played well, despite the last two losses, scores of 4-0 and 2-0. The team in front of him has been completely flat."

"It is completely normal for a goalie of 20 years old to hit some roadbumps in his first professional season. At least Price has passed some very impressive tests early in his career, such as a World Junior Championship and a Calder Cup win. He can't always play in such an emotional context."

Melanson agrees that Price is following an established plan set out for him by the team.

"It is a gradual adaptation for him", Melanson says, "He represents part of the Canadiens future and he needs to play regularly".

In Melanson's view, Price's confidence wasn't affected by being sent to work in Hamilton.

"His morale is good. The effort is there and I like his attitude. He's hardly the type to turn to excuse when he has a bad game." 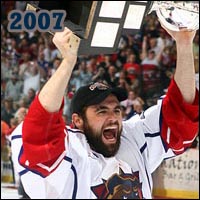 Melanson knows better than to attempt to modify Price's style and composure.

"He sometimes appears nonchalant and you can't change that", the coach admits. "It's an asset too appear calm and cool in all situations. It shouldn't be perceived as an attitude when he has a less than stellar game".

Even though he has yet to start a game with the Habs this season, Jaroslav Halak will continue to serve as Cristobal Huet's backup as the team has decided to leave Price in Hamilton another week or so.

"The Bulldogs are playing tonight and tomorrow in Manitoba and the situation will be evaluated afterwards", says Canadiens coach Guy Carbonneau. "Halak is working hard in practice should his services be called upon".

Update: Price won his game tonight against the Manitoba Moose 2-1. He stopped 21 of 22 shots, and four more in the shootout for the win. The Bulldogs goal was Milroy from D'Agnostini and Manlow. D'Agnostini had six shots on goal. Milroy and Daniel Corso scored for Hamilton in the shootout. Both teams meet again on Saturday.