What Mad Max And Rhino Burn Can And Cannot Do

Share All sharing options for: What Mad Max And Rhino Burn Can And Cannot Do 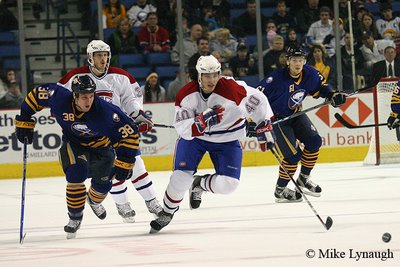 Could the recall, long expected and overdue, of forward Maxim Lapierre and defenseman Ryan O'Byrne be spark that ignites the Habs back to a respectable level of consistecy and competitiveness?

It is doubtfull, in and of itself.

Neither player - news flash - is a game breaker by any definition or means.

In Montreal, where mecca and media get mentioned almost simultaneously, this seemingly sidenote story gets from page space. Unfortunately, in the disproportionate unreality that is the Montreal Canadiens soap opera skid, these two players will earn savior like attention - for a whole 48 hours.

Not to downplay their potential contributions, but saviours neither are.

What the callups of Lapierre and O'Byrne represent and could possibly mean, are not headline material.

While I had both these players pencilled into the Habs starting lineup on opening night, both are no more than pieces to the puzzle of a team the Canadiens are seeking to put together.

Neither will make Montreal into an offensive powerhouse or a defensive wall of brick. 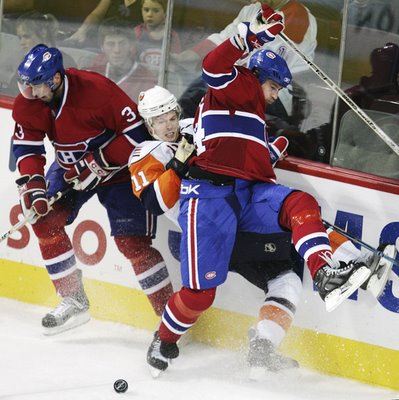 What these two callups could contribute to, in the highest of expectations, is to solidify a team character based on size, teeth, attitude, grit, balls, youth, and speed.

Again, it's not that these two players bring all of these attributes, but it is a step in the right direction.

The current slumping Habs are not easily analysed at present.

They boast a stallion of young guns, a few studs, some seasoned vets, and some question marks - basically, the makeup of two thirds of the league.

Of late, the Canadiens have amounted to nothing more than a pop gun offense and a Pillsbury Dough Boy defense.

The callups of the irritating Mad Max and the tower that is Rhino Burn will do will not show up on a scoresheet summary. These sandpaper and wreckingball type players may offer a dimension that compliments building a team in a different way.

In team chemistry speak - it's all about glue and nails. 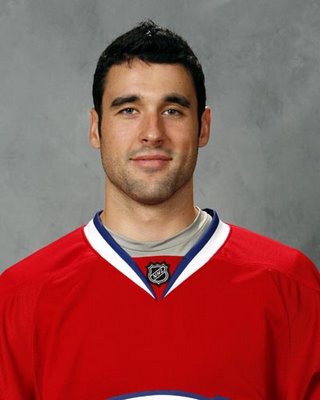 Among the missing elements to Canadiens games of late, it can be said that a certain level of comfort has set in. Max and Rhino will do more to upset that complacency that Mikhail Grabs the Pressbox ever could.

If there were two Hamilton Bulldogs that Bob Gainey could summon to wake the team - these pointing elbows of disruption may just be the right ones to bring the required fire needed to reignite a passion within the team.

In time, and it shouldn't take long, Max and Rhino might just make complacency vanish.

Players such as Bryan Smolinski, Michael Ryder, Mark Streit and Francis Bouillon might feel them breathing down their necks, which would constitute a good thing in my eyes. Creating inner competition within a team is never a bad idea. 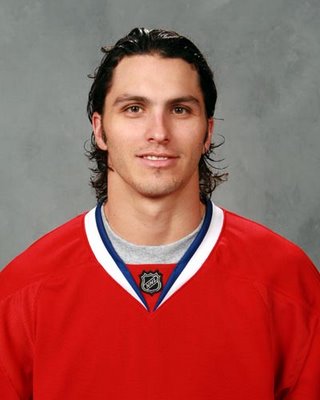 This duo ought to be more threatening to roster complacency than the combo of Grabovski, Gorges, and the departed Garth Murray were.

Good teams are built and pieced together in steps, small ones sometimes, that take on a larger dimension as the pieces learn to fit.

Before the Canadiens reach desperate measures, solutions from within must take precedence - for what it's worth.