Share All sharing options for: Habs Sit Begin And Kostopoulos Against Predators 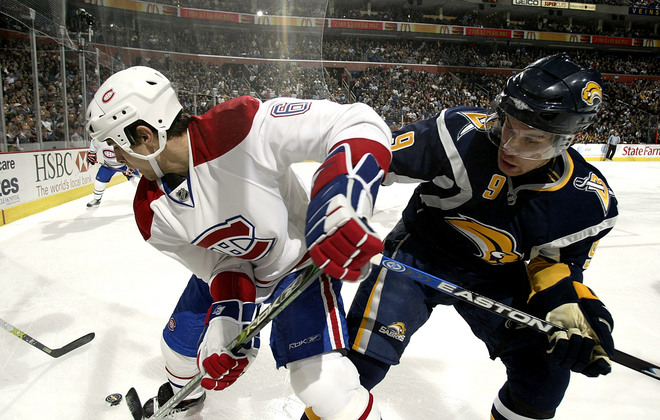 Canadiens coach Guy Carbonneau decided earlier today that he is ready to ruffle some feathers in a bid to spark a sagging Montreal Canadiens offense.

Veterans Steve Begin and Tom Kostopoulos, healthy scratches both, will not be in the lineup for Saturday's game against the Nashville Predators. Seldom used defenseman Josh Gorges will sub for Mark Streit, who's being moved up to wing, and Mikhail Grabovski will see action on either the third or fourth line.

"It's unfortunate that those guys have to pay for it, but Nashville's got a quick team, they'll put a lot of pressure on our defencemen, so we just want a little more speed up front," said Carbonneau.

Carbonneau's moves were in part prompted by concerns about that defenceman Andrei Markov, who is playing through an undisclosed injury, might not be up to playing his usual minutes. Markov had a season low 16:53 of ice time in the 4-0 loss to New Jersey.

"That's one reason we have seven defencemen in the lineup," added Carbonneau. "When we have days off in between games, he's OK. But two games in two days, we don't know." 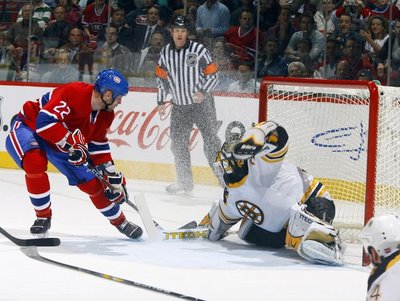 In 14 games during the month of November the Canadiens record is 7-7-0 after getting off to a good start.

"We haven't been on top of our game for the last seven or eight games," added Carbonneau.

Should the team not turn things arounf soon, there is speculation that they may call players up from their AHL team in Hamilton.

Begin and Kostopoulos were among a handful of players who took part in an optional skate on Saturday morning.

"The coach needs to wake the team up and I probably have to give more on the ice - get more points or whatever," said Begin, who was also a scratch for a game on Oct. 16. "I have to work harder and make sure it doesn't happen any more.

"I'm here to bring energy and probably that's what I haven't done lately. That's all I can say."

The Predators will try to post their first win ever in Montreal as they face the Canadiens on Saturday night. Since entering the league in 1998, Nashville is 0-3-1 all-time at the Bell Centre, where they'll take the ice for the first time since a 5-4 overtime defeat on Dec. 18, 2003.