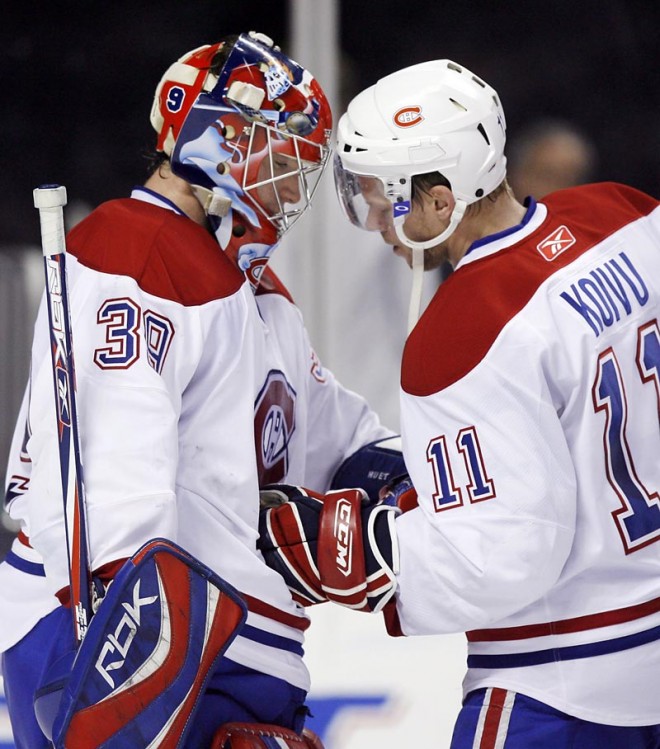 (Robert L Note: Bare with me, loyal readers - this post is all over the place! It takes in these two recent wins in Florida, the team's fumbling and stumbling through ups and downs, its youthful growing pains, a fan's view, and my own perceptions and deceptions with having to take it all in while trying to make it all make sense in the grand scheme of things. This piece may read like a collage of thoughts and feelings you may have felt at times when pondering the Habs fate of late. Admittedly, that is exactly what it is. I hope that somehow it comes together as a whole for those reading it.)

Back to back wins, on consecutive nights, in the state of Florida?

Like, when has that ever happened with the Canadiens?

Usually, the southern state twofer presents itself as a traditional rough spot for the Canadiens and I'm certain many were not predicting this result after a very uninspired showing in Dallas on December 23rd - historically a 2 point Habs graveyard.

In addition to that notion, it is doubtful than any fan foresaw a ten goal outpourring down south after it was announced that coach Carbonneau had reconstituted the first and third lines incomprehensibly. What looked like desperate and foolish juggling some 48 hours ago, now looks genial two wins later.

Even Michael Ryder, in the midst of the most successsful vanishing act since Sergei Zholtok, chipped in with his first goal in eons!

As surprising as this recent pair of wins is, the team is still as mysterious as it is youthful. The Canadiens can be all guns some nights, and nothing but firers of blanks the next. It gets outshot badly, yet wins, and the next game the opposite happens and they lose while outchancing opponants.

Another paradox involves watching young players flourish while the team as a whole stumbles. Individual performances do not add up to a united chemistry. The puzzle pieces of the team are confusing in how they are all seemingly sitting there, but not always coming together like the big picture it demands it should be.

I have been struggling, to be quite honest, with how to approach writing about the repeated fumbles of the team in the past weeks. It is difficult when the team merely plays .500 hockey, to maintain some freshness in regards to a point of view and an overall theme.

This site was baptized as "Eyes On The Prize" because I sought to pursue the big picture - the Stanley Cup as a goal - with lessons learned from the past linking to the trials of the present.

Sometimes, with that goal in mind, I have to remind myself that big picture patience requires blogger patience!

I have long believed the Montreal Canadiens to be on the right path, with some of the right players, and the best coach and GM available presently to allow the process of building a championship team to be an accentuated one. This season, like last season, we are witnessing that the procerss does not happen overnight.

I feel I need to declare and explain such particular points when the frustration over the team's treading water begins to make me feel my words are becoming redundant.

Occasionally I get to feeling this way when I place myself in readers shoes and perceive my own words as beginning to sound like a broken record. I make no apologies for how I look at things in Habsland - it's just my job to try to not get boring and repetitive.

So, if what you are about to read sounds like something you have heard here before - crucify me for my consistency of thought. 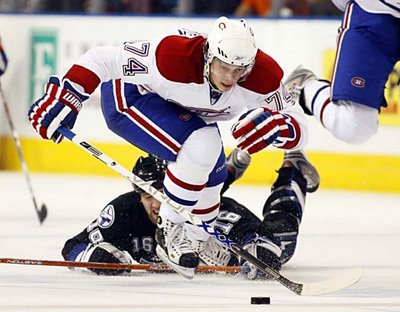 The Canadiens back to back wins over the Lightening and Panthers reminds me of how much we as Habs fans have come to resemble fans of the Toronto Maple Leafs at times. We spring eternal hope with a mere sound win, yet despair to the depths of hell in back to back losses.

The connundrum baffles me to no end. Have we fans strayed so far from the teams glory years of the Canadiens that we have lost sight of the perspective of how to build winning teams that we must question every decision a coach makes in regards to line changes?

Have we reached a point of frustration where, sitting in a playoff spot, 5th in the conference, simply is not good enough by mid season?

Considering how young the present edition of the Canadiens is, shouldn't we be more hopeful than we are confused?

The answers to all these questions are hardly simple. They require some perspective and tunnel vision. They also require of a fan, the ability to focus inward at the soul of what hope means, while not glancing too long at the current NHL picture as a whole.

The Habs, all roadbumps given so far, aren't faring too badly. They have had their sluggish, frustrating, and distracted moments, but their standing in the upper echelon of the league, despite their slips, isn't all that bad.

Yes, we may agree the team could be doing better, but the memories of what is worse shouldn't be lost on our collective craniums. I mean, remember the days when an Oleg Petrov or Juha Lind represented hope? 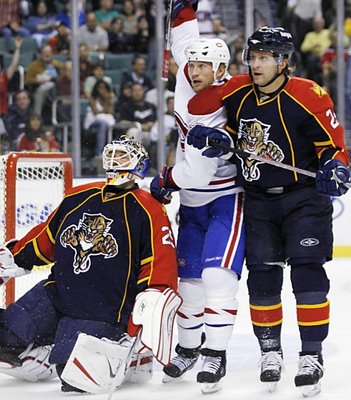 The Habs are building - one brick, one loss, one day, one lesson at a time. If that is not fast enough for fans - that's their problem, not the team's.

When the nucleus of this current youth core reaches the ages of 24 to 27 years of age, the Canadiens will be built to contend year in and year out, much like the Detroit Red Wings and Ottawa Senators do.

In each of the last few seasons the team has added rookies from it's own fruitful drafts to shore up the team, building it from the ground up. Since 2005, it has been designed from the net out, with the drafting of Carey Price and the careful and particular selection of character defenseman.

The first wave of young talent - Mike Komisarek, Plekanec, and Higgins - were joined last season by Guillaume Latendresse, Maxim Lapierre, and Andrei Kostitsyn. This season has seen the additions of Price, Kyle Chipchura, O'Byrne and Sergei Kostitsyn. Should the next few years bring Alexei Emelin, Ryan McDonagh, P.K. Subban and Max Pacioretty - all solid prospects that may arrive sooner than we think - then the Canadiens will have assembled quite a devastating artillery of players from the draft.

It is refreshing, even while the team has meandered inconsistently of late, to watch players such as Latendresse and the younger Kostitsyn, both 20, develop their games and character.

Often, I believe, we forget how young this team actually is in spirit and experience.

Currently, there are 5 players on the team on pace for 20 goal (or more) seasons. Should Koivu and Andrei Kostitsyn pick it up in the second half, there could be seven. The team's best scorer from the last three seasons, Michael Ryder, is not among the group, and that may testify to the progression of the current lineup. Pencil in the younger Kostitsyn as another who may reach that 20 goal total in a year, and it gives the impression that the Canadiens aren't far off in assembling a well balanced team with both offensive attack instincts and defensively rounded games.

Many of these players are projecting career seasons - an upward trend that should continue as seasons pass with gained experience and confidence. 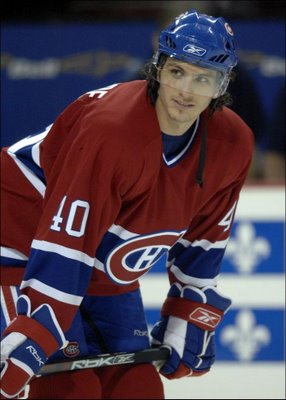 What has me newly inspired with these two wins in Florida, is that it seems the team has turned a corner. It is pushing itself to be better. It may be learning to deal with its own panic tendencies with a calmer reaction and focus. It is starting games with a more eager intent on setting a pace rather than being concerned with the fear of making mistakes.

Coach Carbonneau has caught me off guard with two gutsy changes he has made of late. One, which I do not agree with, was sitting Chipchura - undeservedly in my opinion. I don't understand what was behind the move, but the gamble has resulted in Maxim Lapierre's unleashed best efforts two nights running. Coincidence or plan?

Look into the future - don't Chipchura and Lapierre strike you as killer third and fourth line centers?

The other move that has been pleasingly perplexing to me, has to do with the perceived long standing Habs tradition of bringing in talent by grooming it slowly and surely. It is an old theme, going back to the grooming of such greats as Yvan Cournoyer and Guy Lafleur, who were schooled in defensive systems and placed precariously into fitted roles on well established winning teams.

It has been complained long and hard by fans - "Why don't we just let these young kids play their game?"

It is a valid question.

Has anyone taken note that captain Koivu is centering two 20 years old?

Consequently, has anyone extended kudos to Carbo for having the balls to spread out his team's attack so fluidly over three lines in countering the pop gun, one line attacks of both Southern state opponants?

We have a young team that is learning by experience. We also have a coach who is learning who his team is by the same trials and errors. It could be that Carbonneau often poses the same questions we do - who knows?

I mentioned earlier about hope springing eternal upon the positiveness of good performances. I have come to the conclusion that it is so much easier to despair about the Canadiens, in regards to the current assembled talents in the stable, when the team disappoints, than it is to be hopeful.

But that is a natural reaction built up by hope.

The next time I feel like I have felt of late, I'll tap myself upside the head and consider the options that are presented by no hope at all.

I'd rather this hopeful outlook.