Share All sharing options for: Don't Look Now, It's The Big Red Machine 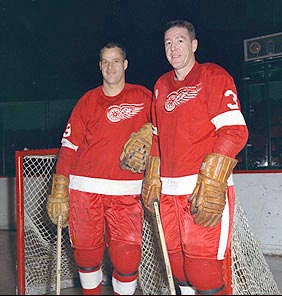 Dangling on a precipice of doom and gloom, it looks to be lock that things will get worse for the Canadiens before they get better.

The Detroit Red Wings are in town. It's early December. Flashbacks, anyone?

Twelve years after the coming unglued of Patrick Roy, things are mighty different in Montreal. Some rightfully suggest that on that fateful day, the Habs history was altered and cursed for good. Or at least until now.

Realities are much more grounded in Montreal. There is much chance of any repeat scenarios similar to Roy's in this day and age. 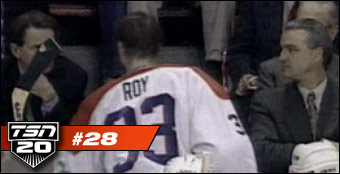 Imagine Patrice Brisebois, mock hounded by fans, skating off the ice down to the Canadiens bench, walking in one door, past Doug Jarvis, thumbing his nose up at Guy Carbonneau, walking out the far end door, then skating back to the Habs blueline in search of George Gillett.

Spying him three rows up, in the corner reds, he meanders over to the glass and shouts to the owner, "I've just played my last game as a Montreal Canadien."

He says it a second time, and the glass fogs up. Brisebois wipes the mist off and yells it a third time.

Gillett, finally noticing Breezer, asks the fan sitting the next to him, "Who's that player staring at me, and what is he shouting?"

The fan informs the owner. Gillett yells back, "I don't care, you big pussy!"

Back at center ice, Alex Kovalev concusses himself, flailing to the ice in a fit of laughter. 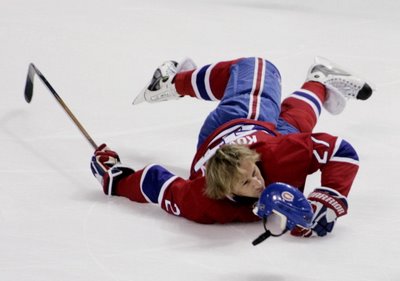 Yes, things definitely are no longer the same.

Tonight, the Canadiens organization will be celebrating the Red Wings, a team with both glorious past moments and presently the class of the NHL.

Ironic, isn't it, that Detroit today represents everything that Montreal used to be, everything they were, up until the Roy incident.

As the Habs honour the Wings as Original Six rivals, there will be one infamous clip, and it's perpetrator absent from the festivities - thankfully.

I respect omens more than I used to. I also respect superstitions as well. 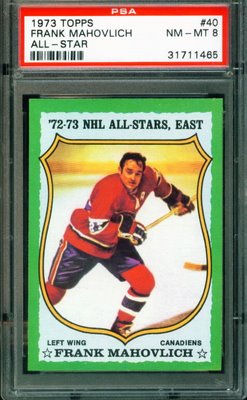 In the last five Canadiens games, I have worn my Habs jersey as I sat to watch each, all except the Toronto game - which they won.

I have two NHL jerseys and I'll be wearing the home jersey of Motor City tomorrow - an attempt to reverse the jinx!

Incidently, I am a Red Wings fan to some point. I always liked the sweater and logo, the players they had, and heck, in the last ten years I needed some team to cheer for after the Habs were done early. And I own them some gratitude for delivering us Pete and Frank Mahovlich!

When Roy's skates last cut Montreal ice, the Habs were destined, with or without him, to hit a downward slope. 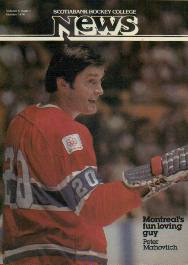 Twelve years later, and even if it has been difficult to visualize of late, the slope now curves slightly upward.

The Canadiens of today, rut and all, currently possess a group youth core, one that assures better days ahead.

There's just this big hump in the road obliviating that curve we did catch glimpses of.

We may not be able to see it any clearer after this game either - considering the opponant, the odds, and bad timing. But somewhere in my beating Habs heart, in sense a strange notion that these players who have looked so disjointed together own more pride that they have earned credit for.

Maybe the score will be closer than we'd guess, and that coming off this Red Wings match, some player, young or old, will not look to the floor as he speaks afterwards about the game.

Perhaps he'll look the camera, the viewer straight in the eye and roll out an old and abused cliche - that won't be, this time - and say, "We did many good things. We have to focus on what we learned today, and build on it for the next game."

That's what we have for now, and that is all we will have to grasp from this one - lose or lose big.