Could Gainey Lend A Hand To Burke?

Share All sharing options for: Could Gainey Lend A Hand To Burke? 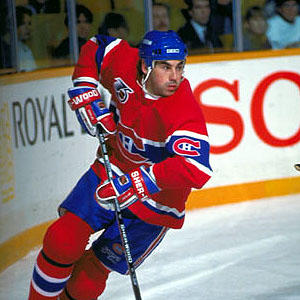 Anaheim GM Brian Burke is in a pickle. Needing to clear a roster spot for the soon to return Scott Niedermayer, the Duck's GM has a plate full of scenario's from which too choose from. He will likely pull the trigger before the Christmas trade freeze that goes into effect in one week.

And no, there isn't a current freeze on trades, it just appears so!

Two of the names mentioned as possible player moves include Mathieu Schneider and Francois Beauchemin, both coincidently former Habs.

What Burke will be attempting to land in return will not involve other team's baggage as he cannot take on salary. Essentially, Anaheim is seeking draft picks or good minor league prospects that will not cut into the Ducks budget for some time.

Now Bob Gainey should be all ears as both these former Habs rearguards could help the team big time.

Schneider would help ignite a dormant five on five game and Beauchemin would bolster a defense that needs to toughening up.

Fitting Schneider, who is set to earn 5.625 M for 2 years, under the Habs cap would be tricky, and would have to involve moving another asset. 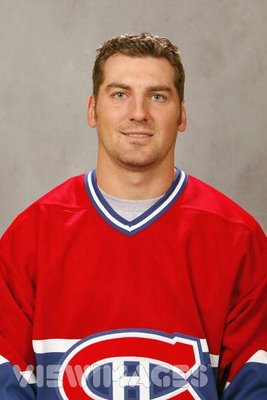 Beauchemin is not as pricey at 1.65 M for this year and another.

With Niedermayer earning a million more than Schneider, the Ducks payroll would bump up to 47.5 M.

Oddly, the Canadiens are paying out more, sitting at 49 M - which would make the Beauchemin aquisition the more likely one.

Recently, Burke had such difficulty moving goalie Ilya Bryzgalov, that he simply folded the tent and placed the netminder on waivers - Phoenix bound. As the goalie was cheap as far as starters go - 1.1 M - Burke may find it even tougher to dispatch an asset with a higher price tag.

He can add Niedermayer and remain under the cap, but that move would make a possible Teemu Selanne return unlikely in Anaheim. Burke sure would love to brag about a backline that includes Niedermayer, Schneider, and Pronger, but icetime may be an issue for the remaining 3 defencemen.

Montreal's defense wouldn't look too shabby either with Markov, Hamrlik, Schneider / Beauchemin, and Komisarek as it's top four.

It might take nothing more than Ryan O'Byrne, a Burke type if there ever was one, to get talks to heat up.