Share All sharing options for: Carbonneau At Work As Canadiens Riddle Continues 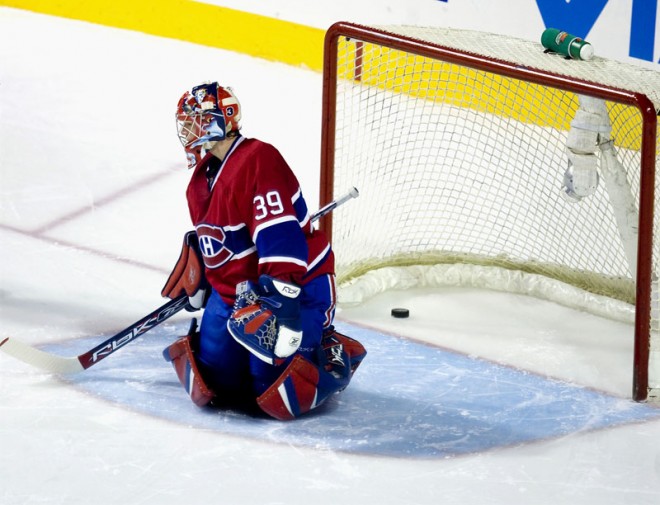 What a mess the Canadiens must sort through now!

With tonight's loss in OT to the Predators, the Habs freefall is now officially aimed to hit rock bottom, and it will be curious to see how management, the coaching staff, and the players react.

In the press, and in Habs fan circles, blame will be the order of the day, and the finger pointing frenzy got a head start last weekend with back to back loses against the Sabres.

The goaltending will be questioned, and Cristobal Huet will be criticized for allowing the Predators back into the game with an absent minded play.

A defense, whose ego is as tender as Andrei Markov's unspecified injury, will be taken to task as their errors and tendencies are magnified.

Slumping shooters will be roasted for missing golden opportunities, their intensity brought into play for mulligans in front of gaping nets.

Defensive specialists will be eyed for not having enough grit when it is needed, or for being too small when they needed to be big.

Contrarily, the bigger players will criticized for playing small.

The speedy, slick, talented, and small will be maligned for not showing enough guts.

The crash and bang players will be blamed for trying to get too fancy at the wrong times.

And finally, Guy Carbonneau will earn a myriad of arrows of discontent for anything he's done, or tried to do, or hasn't done.Of course the coach will be the most pointed of all. As a focal point for the team, it is his responsability to see that it works.

The real problem with the team, as I see it, is that it isn't playing as a team at all.

The Canadiens do not seem to have faith in themselves one bit.

Players are often tentative in their roles and hesitant in the execution of the details of their respective duties. Certain players might be more concerned / distracted with their personal stats and goals. The defense is likely unhappy with the offensive players committment, and vice versa. Players who wish to speak out and be leaders by example, may be lacking the on ice goods to have their words respected. There may even be some kind of rookie / veteran split that could be keeping things dysfunctional. Cliques could be dividing the team, preventing reason and accountability from bringing it together. 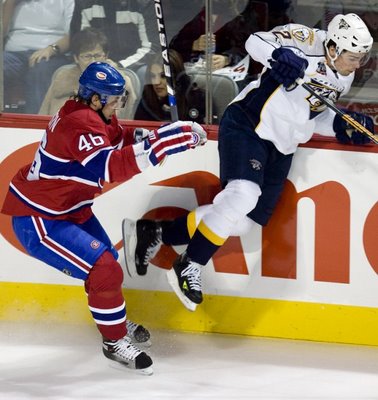 I could speculate endlessly on some points, but the fact of the matter is that the team is simply not playing as a cohesive unit in any way.

So a point should be made that no blame should be singular, as everyone on board needs to gaze into the mirror for self examination in times such as these.

It should also be pointed out that such inner team quakes aren't uncommon. Most teams go through it annually at some point. It's happening to Ottawa right now. It's been happening in Toronto on and off for going on 40 years. Hopefully, it begins happening to the Red Wings starting Tuesday.

The team dysfunction can grow roots, or be temporary. The players themselves will actually decide its length by their committment to getting out of it.

It's not unlike other relationships (think spouses, sibling, work cohorts!) where doubt and jealousy seep in to corrupt faith, togetherness, and the ultimate goal.

If this game against Nashville became the drop that made the bucket overflow, it was because good things seemed to be occurring, albeit deceptively, while the Canadiens mounted a 3 - 0 lead in a game they had little business leading by such a margin.

For the first 50 minutes, the Habs seemed somewhat in control, and despite handing out scoring chances like credit card applications before Christmas time, looked to have the game in the bag.
The trouble is, a fragile team should never think like that, and they obviously did in this game. After Guillaume Latendresse made the score 4-1, they geared down and settled into cruise control.

The good things I mentioned, for starters were Cristobal Huet being as good as he was lucky - and he was very lucky during the game's first 50 minutes. Mark Streit looking way more comfy as a forward again, and complementing Saku Koivu well. Four, count 'em - even strength goals.

Patience paying off in the name of Guillaume Latendresse. Alex Kovalev continuing to fire on all cylinders after a deceiving game.

The sickest feeling I have right now is that all of this has been wasted and thrown away.

Carbonneau must regroup the troups and find a way to get them to focus on a back to basics team defense approach. The Canadiens blueliners, especially with an ailling Markov, desperately need the concentration and contribution of clued in and dedicated forwards.

The focus should also include great notions of forcing opposition mistakes rather than placing an emphasis on creating more scoring chances. The effort on the first basic notion is what enables the latter.

Carbonneau knows this, obviously, and is likely presently hard at work preaching it.

Certain things we as fans have seen and are disatisfied with, occur to the coach as well. While we cast opinions easily, the coach is tasked with not only managing the players roles but also handling their personalities. One nod to that ideal - he sits Begin and Kostopoulos because he knows they can bounce back. Doing the same with other players is akin to spinning the wheel when it comes to personality repercussions.

Carbonneau has yet to learn how Bryan Smolinski would handle such a fate. Last season, doing the same to a more than deserving Sergei Samsonov and an unsuspecting Craig Rivet caused a deep rot in the team's ranks and chemistry.

This year, it seems the coach is trying to find a cautious balance between having enough patience with certain players, and too much with others.

He might also be wary of how to handle team captain Koivu during an unproductive period. He does not want to say or do the wrong thing, but Koivu has all of one even strength goal this season - an output doubled by Latendresse in tonight's game - and may be in need of some fresh perspectives.

In fact, what Koivu is currently undergoing is quite representative of the team, in that he is hard working, often discouraged, misguided in his efforts, and possibly too proud to surrender to the notion that he is in error at times. Carbonneau has to tread gently when it comes dealing with his captain - one wrong move and the ship springs a leak.

I recall listening to Scotty Bowman one time, while employed as an analyst with TSN. He suggested that there were no bad coaches or systems in the NHL. He said that what often makes the difference between successful coaches, and those who had shorter tenures, was their ability to get their system across to players and get them to buy into it wholeheatedly. He used the "one weak link in the chain" analogy, and offered how players who did not believe in the system were cancers. Older fans remember how he dealt with such cases when he coached. 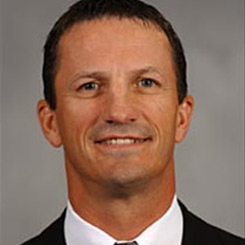 The big difference today, is that long term contracts, numerous employment possibilities for players, and a salary cap structure and a CBA that prevent trades and demotions, all work against what coaches attempt to achieve. When one considers that coaches have way less security than players, not to mention that they also have smaller paydays, it's quite easy to see who has who's balls in a vice.

Sunday morning, hundreds of thousands of fans in Montreal will wake up better coaches than Cabonneau, knowing precisely the right solutions to every woe. They will have the best line combinations, of course, to get the Habs back on track. They'll know who to bench next game, who to call up from Hamilton, and be damned if they can't make all those trades Bob Gainey has been unable to do so far to get the boys rolling again.

Funny how a seemingly sound coach of the year candidate earlier in the season can turn into a complete idiot in the space of two weeks.

On Monday morning, discontented Habs fan will return to their regular routines of life, be it work or school, while Guy Carbonneau loses sleep thinking about how to rectify everything that has soured with his team recently.

The difference between the views and opinions of us fans and Carbonneau's connundrum is that he understands and knows his personel way better than we ever could.

I recall three separate and disctinct occasions when a Habs benchboss seemed to lose the grip on the steering. They had names such as Vigneault, Therrien, and Julien, and all recovered from temporary idiot status to coach again in the NHL. While all three were being lined up for the firing line, it was shouted that the Habs ought to hire Carbonneau to guide the forces.

If it were Larry Robinson presently at the Canadiens helm, mangled in this mess, we'd still be demanding Carbonneau!

That is because Carbonneau has all the credibility needed to be behind the Montreal bench. He is a former player. He's won two Cups. He's a two time Selke Trophy winner. He's billingual. He's a former captain. He's tangled and dealt with the media both pro and con.

The only other candidate with a similar resume is GM Gainey.

Tonight we were beaten by a team whose coach might have outcoached ours in the latter stages of this game. Barry Trotz, through good times and bad, and the thick and thin of some very thin teams, has been in place for a decade in Nashville. His tenure speaks loudly for his worth and players, fans, and media never call for his head on a block. Last weekend, the Lindy Ruff coached Sabres, a team given up for dead weeks earlier, taught the Habs a pair of lessons. Ruff is the second longest tenured coach in the NHL, after Trotz. Experience has taught both coaches what is needed to recover from slow starts and rough spots.

Players get better with experience. Coaches gain experience from being fired.

I want a coach in Montreal that has been through experiences similar to those of Trotz and Ruff.
Blaming is a tactic for the ill willed and weak minded. Solutions require deeper digging and more visionary perspectives. Blaming is for smaller minds. Grouping ideas, possibilities, and solutions are for leaders and winners.

Blaming Carbonneau without reason or knowledge lends creedence to the players who slack off from duty, take shortcuts in regards to effort, and in the end believe themselves to be above a team concept.

I'd rather see a different message sent in Montreal. One that says the coach rules - buy into it or else!