Share All sharing options for: No Drastic Remedy Needed For Habs Recent Woes 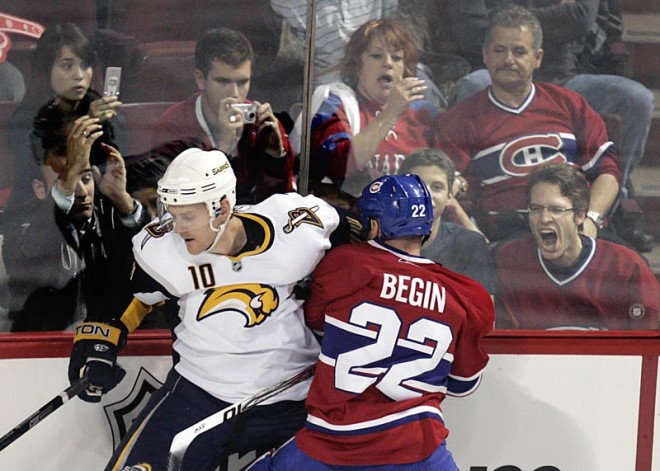 How convenient that a company Christmas party (the better half's) came along so timely to prevent me from having to watch Saturday's Habs undoing at the hands of the Sabres?

I think they call it a silver lining!

While I was busy getting stuffed with delicious carvings, I hear the Canadiens themselves were imitating turkeys, so my tape of the game has remained for the most part unwatched. By all accounts, the game was a copy of Friday's loss - only worse.

Before slapping in the tape for all I could stand of 20 minutes of hockey, I was tuned into the talk shows quite by accident and got to hear the overwhelming disapproval of the radio critics. Such is the benefit of jumping onto the RIDE program's free shuttle lift home. Our driver, himself a Habs fan, had just caught the game on the van's radio, and I walked into an onslaught of overeaction from one of the bandwagon sceptics that are growing with each game.

That would be the anti - silver lining!

So I got to hear the usual trade Michael Ryder, bench Guillaume Latendresse, dismantle the lines, and make some AHL callups reaction. The usual mantra of confounded naysayers who believe all solutions to the team's woes are as simple as their suggestions.

Ever wonder why out of work coaches acting as commentators are out of work? 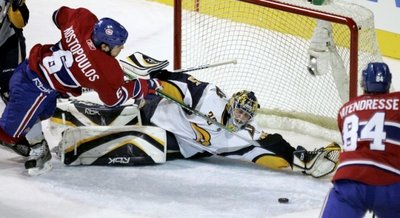 Despite the Habs recent slide into ugly hockey, there are several truths that get gleemed over way too matter of factly by critics of the Canadiens recent play. In my own criticism of the team, in fairness, I've decided to take such facts into account in order to properly assess what is going on.

First, consider the opponant. The Sabres may have been in 14th place and underestimated as such, but they are a sound hockey team coached by one of the best. Through the years, Lindy Ruff coached teams have always had a knack for finding ways to beat the Habs. Buffalo are surging right now, coming together after a slow start. Not to forgive Montreal, but I gather they will not be caught off guard by the Sabres again.

Secondly, this young bunch of Habs, learning hard lessons and gaining in experience as they go, may just have been a little bit pooped out after playing six games in nine days. Yes, all teams have such schedule roadbumbs, and I assume it isn't any easier for those teams. The more experienced teams might smoothen their way through such parts of the season better, but a younger team might need to learn how to first.

Third, it is not by dismantling what's been in place and has been working that a team will find itself quicker. Reinventing the wheel, if you wish, is a last resort, and the team is hardly in a panic position yet. A return to the basic things that have worked is a better approach. A coach might tinker slightly, switching a pair of players around, but usually it is a return to good habits that make a difference. Insisting on a back to basics work ethic, and building upon the things that have gotten the team where it most recently was before this lost weekend, is the remedy for now.

I might feel differently if we were speaking of 5 game losing streak.

The key of course, is work, effort, and dedication. If these elements are not present and seen in the players eyes, starting in practice, only then does bigger trouble loom.

Invoking what I've just stated, to explain the Habs first roadbumps, may seem like making excuses for the players. One must understand that there is a big distinction between an excuse, and what could be a sound reason.

I believe that excuses are what occurs when these flat stretches go on too long and players start employing them for their benefit themselves.

Coaches will guard against this, while protecting their players publicly. Don't think for a minute that what Guy Carbonneau says to the media is the same spiel he delivers to his players in the video room.

For now, Carbonneau will go over the recipe that has so far worked, before considering a new mix of ingredients. Coaches on the sidelines will clammer and holler for such things as breaking up lines, and benching the seemingly non - committed. The coach behind the bench, conversely, has been through every step of why the team has arrived at the line setups currently employed and knows much better why what has worked has stopped working, and why what has worked before should continue to again.

Just as teams should never get too high on themselves when winning, they should also not get too down when slipping. 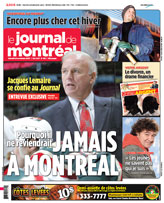 Former Canadiens coach Jacques Lemaire recently weighed in on what throngs of second guessers can do to a coach's psyche. He made alot of sense. I doubt, though, that Carbonneau feels compelled to cater to anything the sideline generals have so far suggested.

And truthfully, who really knows this team better than Carbonneau and Gainey right now?