Share All sharing options for: Grounded Kovalev Ready To Orbit 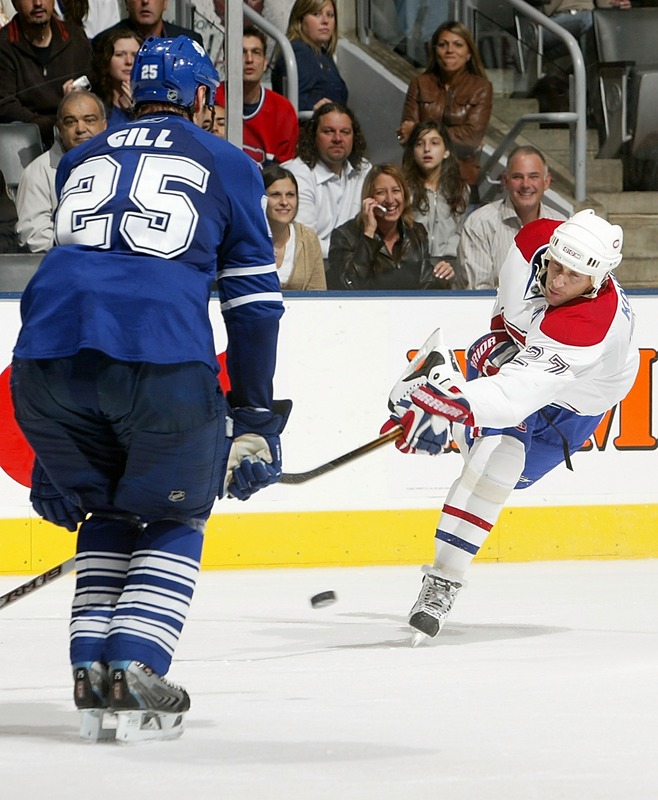 (Robert L Note: I was quite hard on Alex Kovalev last season. He had a brutal season and I was merciless towards him. While no one ever doubted his abundance of talent, it was his committment that was most often questioned. Luckily for Canadiens fans, Kovalev was a proud man, and Habs GM Gainey had enough faith in him not to buckle when cries for his trading mounted. Signs of a refocused Kovalev are apparent in the team's good start this year. He has been consistently one of the team's better players, and the game he played Tuesday against the Leafs might have been one of his best as a Canadien. He has earned the renewed fans respect. The piece below is transcribed from two articles in Le Journal De Montreal over the last few days.)

Since the start of the season, Alex Kovalev has been unrecognizable. He has regularly offered solid performances, whereas last season he was regulary tuned out.

His harshest critics had a field day, but Kovalev has shown himself to be a proud athlete and grabbed the bull by the horns. This season, he has earned every dime of his paycheque. In tandem with countrymen Andrei Markov, he is the key cog on the Canadiens power play unit.

On Tuesday, Kovalev was again at his best, scoring two powerplay goals against Toronto in addition to notching a shootout goal.

With his 12 goals, eight of them with the man advantage, Kovalev is on pace to enjoy his most prosperous season with the Habs. Last season Kovalev scored his 12th goal January 18th, before finished out the year with a rather timid 18 goals.

If Kovalev can conserve the current pace set so far, he'll reach the 40 goal plateau for only the second time in his career. He scored 44 with the Penguins in 2000-01.

In addition to having scored more often, Kovalev has also been accuarate, netting his 12 goals on only 53 shots, for a 22.6 % ratio - not far from league leader Mike Ribeiro of Dallas with 9 in 36. 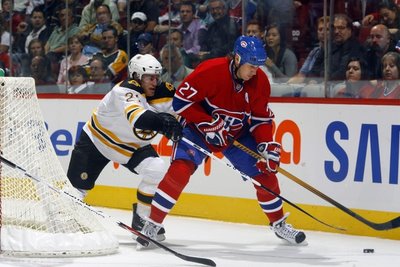 "Every year, I think in terms of scoring 30 goals", Kovalev admitted recently, "but to get there we have to be scoring more at even strength, which we haven't been doing enough. I'm happy to have 12, but I'd like to have scored more in 5 on 5 situations."

The Canadiens have only scored 35 times at even strength, which places them near the bottom in the NHL.

"We have to correct that part of our game because teams who play a more disciplined game will beat us."

"The Devils, our next opponant, are like that. They are a very disciplined team and we will have to score goals at even strength if we hope to beat them. It would help us win games easier instead of always winning by one goal."

"If we want to be a better team team, that is where we have to start. We're blowing too many chances 5 on 5, myself included."

On the powerplay, Kovalev is noticing he is being keyed on more and more, as he sometimes becomes the unit's focal point on the right boards.

"It's true that they are doing that, but I can make adjustments as well", he says with a sly grin. 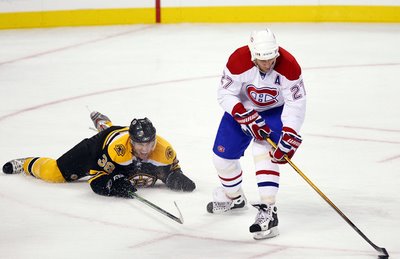 In speaking with the Montreal press, Kovalev has appeared much more at ease. He seems more comfortable and seems to be enjoying the media once again.

It surely has to do with the fact that last season, when reporters grouped around him, controversy was the main reason. This season, it is his performances that are gathering scrums.
He admitted recently, that this past summer was a very difficult time for him.

"Nothing worked out last season. I had to take a good look in the mirror and do some talking to myself. I had some very positive discussions with Bob Gainey, and they helped alot."

"I could have thrown in the towel and asked for a trade, but that's not the way I am. I'm not a quitter when things aren't going well. I knew I'd be able to bounce back."

Statements made to the Russian press created much of Kovalev's own controversy and at season's end, when he was not chosen to play in the World Championships, he took it like a slap in the face. It added insult to injury that the tournament was being held in Moscow, and that Kovalev had captained the same team just one year earlier. 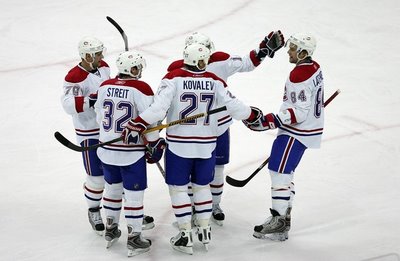 "Of course it was hard to accept, but I had had a bad season and that was what the people choosing the team took note of."

"I will have more rough spots in my career, but I know that I can overcome them. I'm 34 and I refuse to think that my best years are already behind me."

During the summer, Kovalev work hardest on leg strength and speed, and the changes have been noticable so far this season.

It is no stretch to claim that Kovalev is one unique and rare breed of hockey player. He is by no means a marginal personality and he is every bit as interesting off the ice.

In the latest edition of "Canadiens Magazine", Kovalev was pictured with his 1971 Cessna airplane. Habs.com reporter Manny Almela's piece is irrisitably good, especially when Kovalev admits that after his retirement from hockey, his goal is to fly into orbit.

"I have contacts in Russia who are able to help me to realize it", Kovalev states in the long interview.

The city of Montreal once had own "Spaceman", in the form of one time Expo's pitcher Bill Lee. Perhaps it's time to hand the moniker over to Spaceman Kovalev!