Share All sharing options for: Awesome Deals On Habs Memorabilia

Here's a stop the members of the Habs Fan Summit will surely need to make on the event of their next gathering in Montreal!

Lucie Favreau Antiques at 1904 Notre Dame St. W, Apt 2 in Montreal has been in business since 1979 and has specific expertise in the areas of sports memorabilia, advertising, antique toys, and Christmas decorations. In fact Lucie is possibly one of the only female appraisers of sports related items in Canada. She has spent the past two years working on a major sport historical database in addition to running her store in Montreal.

Her store specializes in Montreal sports memorabilia with no stone unturned. The Canadiens, Expos, and Alouettes all feature prominantly in the store's catalogue of memories along with a great amount of collectibles from semi pro leagues, junior lagues, as well as college sports. Amongs the hockey items of interest, there are autographed hockey sweaters, old programs, posters, pictures, tickets stubs, photo albums, magazines and cards.

Lucie sells a great deal on E - Bay and has earned herself a solid reputation for smooth sales. Since going online, 1124 of 1134 buyers have combined to give her a 99.1 satisfaction rate. What's even better, is that her prices are incredibly fair. In 2001, she was in charge of autioning off the pads that Patrick Roy wore the night he broke Terry Sawchuck's NHL record for most wins by a goalie. She has credibility in spades! A website for her store is currently under construction, so for now, the best way to see what she has to offer is to head to the E - Bay site, and enter "Lucie Favreau" in the search bar. She can also be reached via e-mail at lucie@favreauantiques.com, or by phone at 514-989-5117.

I'm even thinking of getting myself a little Habs related Christmas gift next time I'm in Montreal.

Anyone motivated enough by this post to seek her out and make a purchase is encouraged to let us all know how it went. Perhaps the Habs Fans Summiteers could get a group discount rate should we all invade the store at once!

Here are the just a sample of what I found while scanning over 20 pages of here E - Bay offerings. 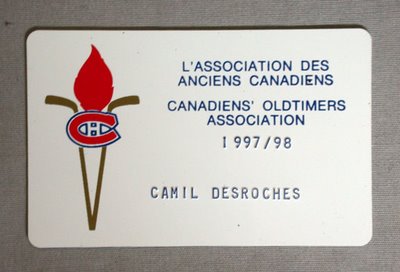 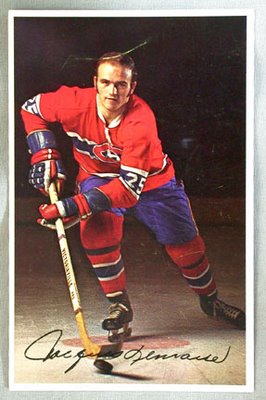 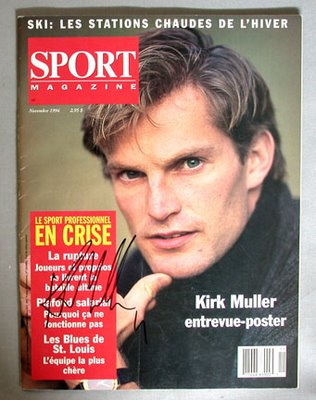 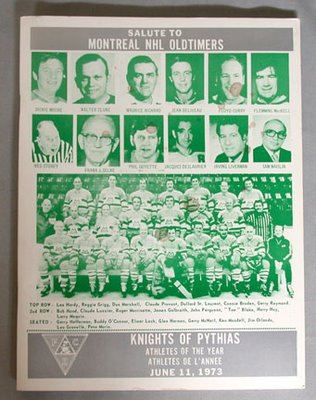