Can Canadiens Win One For Habs Fan Summit?

Share All sharing options for: Can Canadiens Win One For Habs Fan Summit? 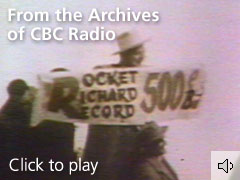 It's great to finally be back home after a week in the Himalaya's studying with Mensa's.

Unfortunately, there was no internet to keep me in touch with this site.

Fortunately, there was satellite however, and I was able to catch all three Habs games last week.

Unfortunately, they lost 'em all.

Fortunately, for me, not a single one of them smartasses over there understood crap about hockey!

And they call themselves geniuses!

I did get a 48 reprieve, jetted back home in time to catch the Boss jamming with Arcade Fire in Ottawa, before burning back to the books once more.

Never again. It's a long story. 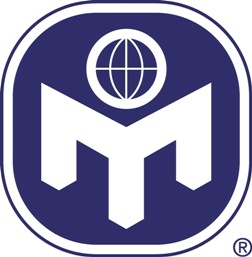 I shouldn't be in such good humour, but Saturday is the Habs Fan Summit, a long awaited evening of revelry, friendship and a game of hockey. Fourty - eight Habs fanatics from around North America gathered in one section of the Bell centre should add up to quite a treat.

Not that I thought the Habs would be 6-0 at this point, something slightly better than 2-2-2 was expected at this point. Put it down to bad luck, bad choices, and bad calls, but I think the Canadiens are playing better than the record shows. My head is swollen when it comes to deep analysis, so let's just suggest that the team did not get out what it put in to the last three efforts in total.

Either that or karma is a bitch!

I've decided that I would do my part to bring old ghosts from the Forum for a seance at the Bell Centre. I encourage everyone to bring along items from the glory years of the past in an attempt to summon up good spirits and gain a win for all the good folk who have put in the effort in to create the Habs Fan Summit.

A pinch of luck can't hurt.

Along with my recreation of the famous Rocket Richard Record 500 poster seen here, I am bringing along tickets stubs (In honour of Dave Stubbs!) from the first two games of the 1986 playoffs, some books for friends, and a copy of "Hockey, Heroes, And Me" - Red Fisher's book hoping I can get him to scribble his John Henry on.

Of course, avid Habs fans will know that it was 50 years ago today (Friday) that the Rocket scored his 500th goal and I will be bringing my hand made recreation around the good city of Montreal as a good luck charm and conversation piece. Should you see me lugging the cardboard around the Bell give me a yell and say hi.

I read or heard somewhere that the Canadiens are planning a scoreboard or ice tribute to the Rocket's milestone, so maybe, just maybe the RDS camera's will scan up to section 311 and catch a glimpse of the poster and get all us Habs Summit Fans a little primetime airtime.

That would be something to add to my ever growing to-do list of dubious achievements, none of which are worth bragging about necessarily as any type of accomplishment.

(Robert L Note: I get a kick out of stuff such as this, and my kids get an even bigger laugh from it. I'll do just about anything to prove to my kids that anything is in fact possible. While I have never gone so far as to streak at a leadership debate, I have gone short lengths towards doing getting myself seen or heard in places that are strikingly funny and odd. A short list includes a role in an episode of "Creepy Canada", a brief appearance in a KISS video, being interviewed on the CBC following a Springsteen concert, getting the biggest head shot in a Rolling Stones tourbook, and being heard screaming cheers on a Blue Rodeo live disc. I've yet to cut my own record, but it's coming. Getting on RDS just fits neatly in there somewhere. In the end it's all about stories to tell!)

See you at the game and GO HABS GO!