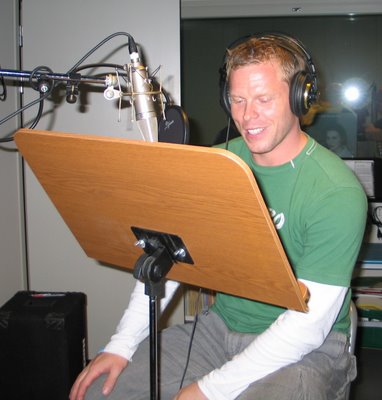 A few weeks back, Canadiens captain Saku Koivu was quoted as saying that he perceived the Habs to be a playoff worthy team that cannot yet be considered Stanley Cup contenders.

Honestly, at first, the comment wasn't earth shattering to me, and I found Koivu realistic in his expectations.

Captain K has since retracted part of the statement, sharpening the "contender" side, with the old moldy "get into the playoffs - anything can happen" stance.

The notion that he doesn't seem sold on it, is what is troublesome.

Many Canadiens teams of the past have won unlikely Cups, and maybe that is why our captain sought to underline 1993 as an example. Trouble is, Koivu was only a Habs draft pick at the time (weeks later), hardly a participant.

Koivu might have been well served to offer up an example from his own file, and mention that the 2006 Carolina Hurricane are solid proof of anything-can-happen-ness. I'd like to hear him say "If I played one more game that playoff, a different team's name would be on the Cup."

That's the statement you want from a captain!

Perhaps Koivu could have taken the arrows in the chest and stood by his words, saying "I challenge my teammates to prove me wrong!"

That would have raised eyebrows and primed the team with an ulterior sense of purpose.

The refrain Koivu initially issued didn't sit well with the longstanding fans of the team because they believe the goal should be nothing less than the Stanley Cup come each October.

I second that as well - Believe, and aim high!

It was easier to buy into it when you had a goaltender the likes of Patrick Roy in the stable, who could lift a team to such heights. Sadly, some fans have gotten used to the "let's make the playoffs first and see what happens" motto.

That is why some fans feathers are being ruffled. Complacency is contagious, even when the analysis seems truthful. Going for broke in October is equally contagious with everyone on board. Neither viewpoint is dishonest - one is just better PR.

Another cause for concern among fans is the team signing veterans at the expense of playing the rookies and developing them.

Side me in with playing the kids!

I've stated it before - if we are not aspiring to win the Cup, playing the kids is the most beneficial gamble. There is less to lose and more to gain in the longer haul.

Perhaps folks are thinking "Well, if our captain doesn't believe we have what it takes to win a Cup, why not give the kids all the ice they can handle. The team can only benefit in the long run since the short term looks bleak".

Again, the reverse is, we can't win the lottery without a ticket. Get us into the playoffs and see what happens.

I understand I cannot make the argument on both sides of the equation, but my take is that the kids can get us into the playoffs just as well as the vets can. A younger team will be fresher legs once there.

Should they fail, they gain experience. It's a win - win proposition.

Experience can often be something you have - when you're too old to use it. Just ask the Detroit Red Wings!

When comparing youth versus experience, or short termed goals muted against the bigger picture, opinions are never wrong in October. Both perspectives have their merits in training camp, and the funny thing is, neither side is totally wrong in their view.

By March, hindsight decides the winner!