Share All sharing options for: Habs Should Imitate Senators 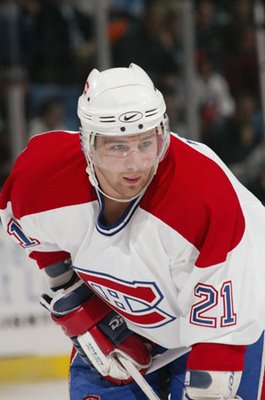 Habs GM Bob Gainey and the Montreal Canadiens have a long standing policy of not negotiating contracts in mid-season. Since 2003, Gainey has deviated from this only once, in order to extend captain Saku Koivu conract for 4 seasons.

It is a policy that many more than I do not agree with.

The thinking behind the bannishment of mid-season extension talk is the distraction to players current seasons and its inherrant loss of focus to team goals.

Fair enough, in certain cases, but once a deal is signed - or not - doesn't the focus fall backon tasks at hand.

Last season, the Senators shackled Chris Phillips for 4 years at a surprisingly fair price, and just did the same for Mike Fischer yesterday.

The words "surprisingly fair price" are annomalities rarely heard during contract announcements. Usually it's "they paid him how much?"

It would have been nice to settle with Sheldon Souray last season at a "surprisingly fair price", just as it will be / could have been with Michael Ryder, the Habs only proven sniper.

The policy is out of sync with today's free agency realities. With players able to reach unrestricted status at about the same time as their prime years kick in, it is a logical step for the Canadiens to forego of it and become a whole lot more proactive with its youth stars.

This means Michael Ryder right now, and Higgins and Komisarek next season prior to their current bargain deals expiring. 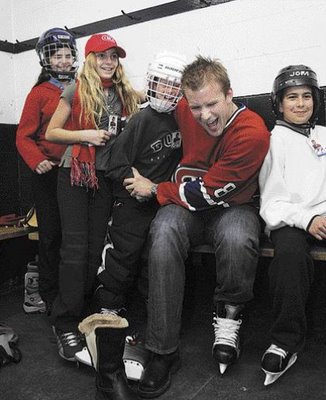 The abandoning of the "no talk" stand would also help the team better assess where a player's head is at in terms of whether he wishes to resign at the contracts end or fly off free as a bird with no droppings.

The Habs miss what Souray could have brought them at present and Gainey has incurred hindsight criticism for not acting in what I feel were the Canadiens best long term interests in the matter. Had they began discussing matters with Souray and his agent, the current eventuality would have been avoided.

On one hand, the Canadiens may have aquired a roster player that would be dressing tonight, or a draft pick that could be in Montreal down the road.

On the other hand, Souray could have had two power play goals against the Penguins last night, given all the opportunities.

Instead, the no negotiations stand have left Montreal with nothing but a void to fill.

It strikes me funny to be looking to Ottawa to suggest how the Habs should do things, but right is right.

While I'm on the subject of other team backyards, have you heard that both of the Ontario team's Swedish captains, Sundin and Alfredsson are levying to bring free agent Peter Forsberg into their respective folds.

I cannot envision either jersey suiting Forsberg too well. They'd look like Nashville's did all over him, in their mustard and snot shades of yuck.

Gainey should put on his devil's horns and do to others what others have done to the Habs here and negotiate with Forsberg. The player, if healthy could still lend a hand to the Habs at the right price. I believe Forsberg would come at a discounted rate, otherwise both the capped out Sens and Leafs wouldn't be in the running.

Having Gainey throw his hat into the ring, upping the offer to Forsberg, would do well to keep him away from a rival team. The worst it could do is strangle their finances by making him more expensive than he is currently worth.

Gainey could be doing it silently as off now.

I had to laugh at the recent quote from the braintrust (loosely used). Something about the Leafs and the Stanley Cup this season in the same sentence. The tired rhetoric is still being sold in Toronto. I almost feel sorry for their...oh, nevermind!

The Leafs could win the Stanley Cup, anything can happen!

Right after they raise the Titanic and find the band still playing!

Check out Matt Macaskill's spanking new "Drive For 25" site. Matt is a longtime writer and great contributor for Habs World and his new blog is one to keep and eye on.