Share All sharing options for: Habs players weigh in on Downie hit 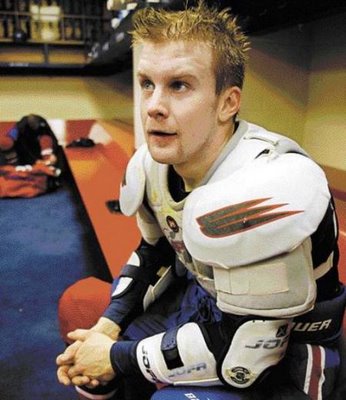 (Robert L Note: Quotes and discussion are from Le Journal De Montreal. The opinions spoken out here are all mine.)

Philadelphia Flyers rookie Steve Downie made no friends among NHL players with a violent check delivered to a vulnerably positioned Dean McAmmond of the Ottawa Senators in an exhibition game earlier in the week.

I have always been of the opinion that as long as a proper deterrant is not in place, such incidents will continue to proliferate the game. Sadly, the league remains quite spineless when it comes to such things. After blowing the opportunity to instate more severe penalties in light of the Todd Bertuzzi mess a few years back, certain players might feel as though they have a free reign on committing such stupidities.

Bertuzzi will earn $4,000,000 this year, while Steve Moore, still deals with the after effects, trying to make it through his day.

Justice was never served, and players have taken advantage of it, hardly fearing any repercussions. The Chris Simon and Cam Janssen incidents from last season testify that nothing much will change until the league gets serious about banning player for seasons and careers in order to bring back a semblance of respect to the game.

The subject was brought up to Canadiens and upon being asked they unanimously condemned the gesture by Downie, who was a catalyst of previous incidents while playing in the OHL. If you recall, he was involved in an intiation razing of team rookies and was fined and suspended by the league.

"He has shown the type of individual he is", Chris Higgins said testerday morning.

"His intentions were clear when you watch the replay of the incident. He jumps in the air to hit McAmmond. He was going for the big hit."

Mike Komisarek compared the hit to a football tackle and likened Downie to a defensive tackle in full flight lunging over linesman to bring down a running back.

"There's no place for such things in hockey. It's unacceptable."

Bryan Smolinski said that he feared for McAmmond's health, knowing he had suffered a previous concussion just months before. McAmmond was knocked out of the playoffs after receiving a blow to the head from Chris Pronger in the third game of the finals. Pronger was given a one game suspension.

"I thought he was dead, seeing him lay motionless on the ice", said the veteran forward. "You could see that he was really in distress. Hits are a part of hockey, but this one was particularly viscious. It's always difficult to watch a player be hit this way."

Fortunately, most players have more respect for their opponants than Downie has.

"During last years playoffs, Corey Perry of the Ducks, could have levelled me a good one", said Smolinski, who was a member of the Canucks at the time.

"I was in a vulnerable position, but instead of delivering a hit that could have seriously injured me, he just settled for taking me out of the play. I thanked him afterwards."

Higgins doesn't go easy on Downie, saying that "he is preventing McAmmond from earning a living now."

"He has to be one strange person to do what he did. Players have to respect each other more than this."

Unfortunately, those accusing Downie of the worst of crimes are often less heavy handed when deciding his fate in regards to fines and suspensions.

Smolinski doesn't agree with the notion that Downie should be suspended for the duration of McAmmond's injury.

I have always be a proponant of such an idea. I think it makes for the perfect suitable deterrant that would make every player think twice before such incidents happen.

"We can't do that", Smolinski simply states.

Komisarek shares a different take on it.

"Recently, it was brought to our attention that the size of shoulder pads and elbow pads could be reduced. We were also advised that officials will be paying greater attention to hits aimed at the head."

The question always remains whether the NHL and its players can react before it's too late?