Share All sharing options for: Where Canadiens history changed course 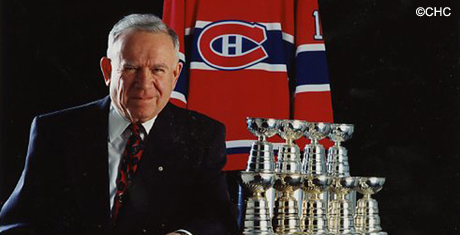 The recent passing of the Canadiens legendary General Manager Sam Pollock has revived looks into his accomplishments over his 14 years at the helm of the Habs from 1964 to 1978. The achievements of nine Stanley Cups by Pollock during that time will be forever unparalleled in hockey.  What I found extremely curious about Pollock's resume, is what happened to his team after he retired in 1978.

Blame it on changing eras. The return on players leaving the Canadiens fold trickled from a flow to a slow drip. Without Trader Sam running the show, the assets slowly dried up, and the Canadiens went from being great teams to simply a very good regular season team, and finally, after the 1992-93 Stanley Cup, middle of the pack also-rans.

Towards the end of the Canadiens four-Cup run in 1978, when GM Pollock retired, coach Scotty Bowman assumed he was in line for the GM's position. Pollock considered Bowman, but instead decided upon a businessman with little to no hockey managing experience in Irving Grundman.

Bowman, upset at not being handed the job, fled to Buffalo where he would assume both duties.

Pollock had stated at the time that he chose not to go with Bowman, as the coach would have dismantled the dynasty piece by piece in an attempt to turn over the aging lineup.

In retrospect, it might have been the most logical move. Incoming GM Grundman held onto many players years beyond their prime, and as you will see, the returns greatly explain the Canadiens downfall.

In fairness to Grundman and his scouting staff, luck was never on their side. While the organization drafted quality players such as Chris Chelios and Guy Carbonneau between 1980 and 1983, two other draft choices impacted the organization greatly.

Grundman managed to get the Hartford Whalers first choice in the 1984 draft for Pierre Larouche, all in hopes of landing budding superstar Mario Lemieux. Unfortunately, the Pittsburgh Penguins finished last overall and not the Whalers, whose 5th overall pick rendered the Canadiens one Petr Svoboda. 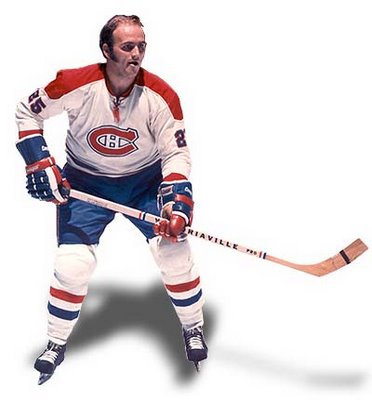 Had the Magnificent Mario become Canadiens property, Grundman would have been hailed as a genius in the Pollock mold instead of a bumbling former bowling alley manager ill-suited to run the Habs.

Grundman did as Bowman wouldn't have, and held on to the dynasty team a year or two too long. This is where the Canadiens history changed course. I've chosen a group of 27 players who participated in five Cup wins between 1973 and 1979 to illustrate what happened to the Habs dynasty. The lack of talent continuity is obviously apparent as diminishing returns prevented the Canadiens from maintaining previous heights. Although they managed two more Stanley Cups (1986, 1993) in the interim since, the depth has never been replaced.

The group of 27 players, divides itself into a first group of 13 and a second one of 14.

The first group are players that the Canadiens received no dividend or returns from, as they all retired due to different scenarios. While some were simply destined to retire as career long Canadiens, other reasons played into it as well:

13 players, including 9 Hall of Famers with no return value to the team.Richard, Laperriere, Savard, and Gainey retired due to their age.Cournoyer, Tremblay, Houle, and Mondou retired due to injury.Mahovlich and Tardiff went on to the WHA.Dryden, Lemaire, and Nyrop retired with much hockey left in them.Guy Lafleur was forced to retire as the Canadiens would not exercise his wish for a trade.Tardiff returned to the NHL with Quebec Nordiques.Lafleur, Savard and Nyrop made brief returns to the NHL with other teams. 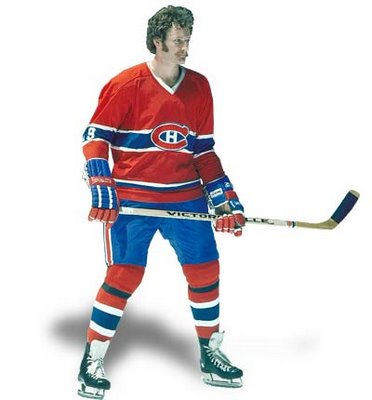 The second group of 14 includes players the Canadiens were able to get some return on, however small they were. Eight players descending from that group were members of Cup teams in 1986 and 1993.

It is interesting to note that backup goaltender Michel "Bunny" Larocque, two trades later, parlayed into Patrick Roy by sheer great luck. The return on Roy, as you will see detailed below, was unfortunately equally dismal.

The second group of 14 produced only the 7 player assets listed below, who were in the organization from 1983-85. Six of them were on the '86 Cup winner, if you add in Patrick Roy, who had just been drafted in 1984. The final piece falling into the lineup was Brisebois, who would be on the '93 Cup winner. 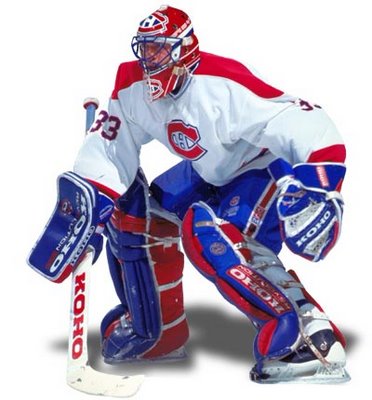 From the 7 assets above, only Roy, Brisebois, and Haller are descendant players from the '70's dynasty that won the Cup in 1993.

After the trading of Roy in 1995, the returns dimished at an even thinner rate. The 3 players received for Roy were turned over for a total of 12 players in 8 seasons.

No assets remain from the descendants of the Roy deal.

As a result of the Roy deal, two successive goaltenders stopped pucks for the Canadiens, Jocelyn Thibeault, and then Jeff Hackett. While Hackett was traded away due to the emergence of Jose Theodore, Thibault is presently the backup goalie with the Sabres.

Added to the original 27 players, are 9 more were packaged in trades to aquire future assets. The nine include Lee, Acton, Laughlin, Riendeau, Keane, Manson, Brown, Brunet and Ulanov for a total of 36 players dealt away. For these 36 assets, the Canadiens aquired 34 bodies in return, 7 of which never player for the team.

By 2002-03, all trickle downs from the 1970's had dried up as the Canadiens become playoff spectators.

Grundman's successor Serge Savard maintained a standard of excellence from 1984 to his firing in 1995.

Rejean Houle, a puppet GM of Habs president Ron Corey, sunk the ship beginning with the trading of Roy in 1995.

Since then, GM's Andre Savard and current man in charge Bob Gainey have replenished the Canadiens stock of players, and after a decade of bumbling, the Habs finally look to have a brighter future.

As of 2007, the Canadiens have no trickle down assets from the dynasty of the 1970's. All in all, a sad return on a glorious period.