Share All sharing options for: Begin: Habs Are A Greatly Improved Team 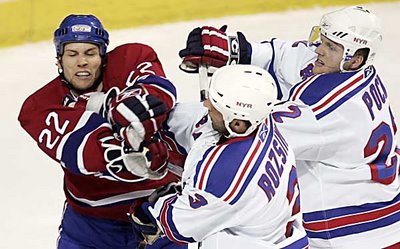 Canadiens forward Steve Begin doesn't give a damn about the pessimist predictions of publications such as THN, who suggest the Habs will finish a distant 13th in their conference.

"No big deal, all it can do is motivate us for the upcoming season", said the rugged winger, after working out on ice at the Rosemere Arena in company of some fellow NHLer's.

Begin then caught the press gathering off guard when he suggested that the Canadiens would be a greatly improved squad in 2007-08.

"It is true that the loss of Sheldon Souray will hurt us in some ways", he admitted. "We'll miss that booming point shot on the powerplay, but we'll just adapt to scoring goals another way with a man advantage. We'll just have to adjust our tactics, and approach the powerplay differently."

"Roman Hamrlik is more stable defensively than Sheldon was, and he brings a rugged game", Begin added. "Having played against him, I can testify that he is big and solid on his skates. He's an excellent defenseman."

Begin believes that fans must also not underestimate the worth of newly aquired centerman Bryan Smolinski.

"We aquired a very good veteran capable of posting decent numbers offensively", he pointed out. "He's excellent defensively as well as being an ace on faceoffs."

Begin also mentioned that Patrice Brisebois' experience will be beneficial but did not touch on newcomer Tom Kostopoulos. 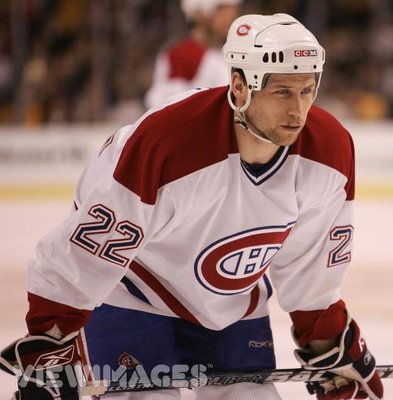 "People forget we were playoff bound last season, were it not for injuries and the viscious flu bug that enabled the two skids we suffered in January and Febuary", Begin recalled.

"We made mistakes and lost games under odd circumstances", he continued, "I sincerely believe we are an improved team".

"I know that it is in my nature to be an optimist, but with all our younger players progressing, we are going to make the playoffs. That is the main goal to set before the season starts."

Begin felt the rumblings from captain Saku Kovu's quote in Montreal papers last week regarding the team leaders notion that the Habs were a playoff team, in fact, but not yet a Stanley Cup contender. In Begin's opinion, Koivu was simply being honest and realistic.

If the Canadiens are in fact an improved team, as Begin states, then the same can be said of the Rangers, Flyers, Bruins, Panthers, and Capitals.

"It's impossible to speak of the teams Stanley Cup hopes when no one can perceive what the team will look like after the March trade deadline", Begin cautioned. 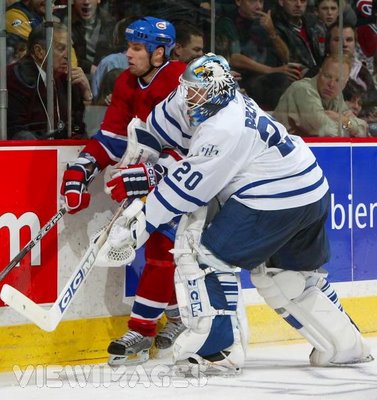 "Remember that Mike Ribeiro seemed to be in the midst of his best training camp last September, when he suddenly found himself in Dallas. Things change fast."

"Who knows if the Canadiens won't get their mits on an impact player at the trade deadline. You just can't predict anything that is going to happen by Febuary."