Canadiens Over The 50 Player Roster Limit

Share All sharing options for: Canadiens Over The 50 Player Roster Limit 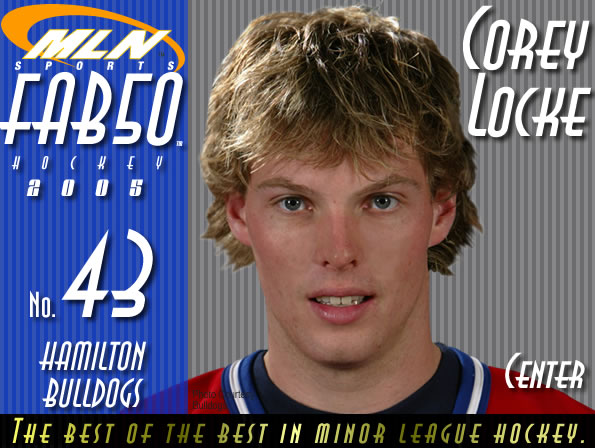 A breakdown of all the presently contracted players in the Montreal Canadiens organization shows that the Habs will be one over the maximum allowed limit of 50 players per team once RFA Michael Ryder is signed (assuming of course) following his July 30th arbitration case.

I'm not certain, but it is my assumption, that teams are allowed in extremis for roster manoevering, just as they are permitted over the cap in dollars in the off season.

I've consulted the Habs official site to fill out the listing below, and to find where each players has been categorized.

Presently on the Canadiens, there are 21 players contracted, if one includes Ryder in that group. On the Hamilton Bulldogs (with spillover to the Cincinati Cyclones) there are a further 28 professional contracts.

The total becomes 51 players with the inclusion of Jassen Cullimore and Tony Salmeleinen, who were placed on waivers upon their aquisition from Chicago. Should they be bought out of their deals, as has been rumoured, the Canadiens would then be left with only one roster spot remaining, and 49 contracts.

Nobody can ever accuse Habs GM Gainey of not making the most of the team's budget.

Using the Montreal Canadiens official site as a guide, we see that there are 74 players in the organization. This total encompasses the two professional teams rosters, players in college or junior, and European prospects.

Players on the Canadiens roster: 21

* Have been tendered qualifying offers with the Canadiens retaining their NHL rights.
** Must be signed prior to 2008 NHL Entry Draft for rights to be retained. What is curious to note, is that while Gainey has done everything he can to assure that the Hamilton Bulldogs are again as competitive as last season, he has left himself with little wiggle room as far as transactions go. Should Ryder be awarded in the neighbourhood of $4M., the Canadiens still would have room to aquire players salary wise despite the fact that they are up against the wall roster wise.

Guessing Gainey's next move is open to the usual speculation. By practically maxing out the rosters to create a competitive environment on both clubs, Gainey is assuring that he will see each player at their spirited best from the opening of training camp.

In my esteem, Gainey will be closely watching those who lag behind, are disinterested, or fail to realize all that is at stake. Many players on both sides of the NHL equation are on one year deals. In some cases, certain players are about to leave RFA status at the termination of these contracts and Gainey will seek to gain return on them in the form of draft choices for the next two seasons. 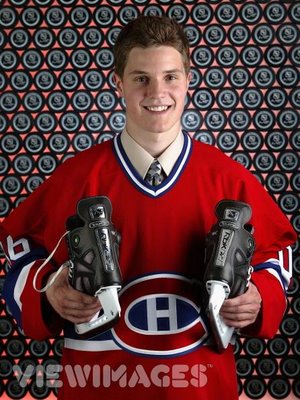 The reality is, that no matter how well they do, the Canadiens cannot retain as many bodies next year. The performances of first year Bulldogs such as Mathieu Carle, Sergei Kostitsyn, Ryan Russell, and Thomas Beauregard will be of key importance in the continued transitioning of AHL players pushing NHL'ers.

The veteran lower level players will come under much scrutiny as to their long term NHL possibilities, and will be treated as the commodity that they are.

I predict more player movement at the Hamilton level for Habs. I foresee the trading of players whose contracts expire at years end, in favor of players with an additional year left. There are simply too many one year ( read low risk ) deals there, not to think otherwise.

It was very much in Gainey's favor that the Canadiens held the retaining rights to so many Bulldogs following their Championship run. It saved him from looking for winners in another teams backyard. It also doesn't hurt in keeping a somewhat stable lineup in place, such an AHL unreality, to continue to breed a winning team atmosphere.

With 25 players in the organization without contracts, turnover is guaranteed.

Next year at this time, the Canadiens will have room to sign Ben Maxwell and Ryan White, two excellent prospects from the WHL. The following season, there could be more players to sign. The transition, if Gainey's plan is working, could go on like this for years.

This past season, the Habs lost a fairly decent, but judged expendable, prospect in Juraj Mikus because they were up against the wall of 50. Signing Janne Lahti, Thomas Beauregard, Martin Degon, and Ryan Russell had a price, and Gainey rolled the dice on slightly more mature talent.

The trick will be to maintain the balance being players needing to be signed or lost, and contracts they are willing to pass on. This time Mikus was a choice. With a trend towards longer contracts at both levels, it is a possibility that less choice exists in the future.

The adverse effect of having bundles of farm hands, is that it can affect the NHL club by constricting player movement. The ideal number of players is closer to 47 or 48. This number would facilitate Gainey in terms of making deadline deals in March, by not having to make a deal in advance to create needed room.

With Ryder's upcoming signing or arbiratrary award just around the corner, other domino effect moves are sure to follow. Cullimore and Salmelainen could be just the first of many.