2007 NHL Draft: Angelo Esposito would be "happy to play for Montreal"

Share All sharing options for: 2007 NHL Draft: Angelo Esposito would be "happy to play for Montreal"

It is possible that Quebec Remparts center Angelo Esposito's wish will come true.

Esposito is the 11th ranked prospect in next week's NHL entry draft, and the Canadiens hold picks number 12 and 22. Should they see fit, the Habs could package both choices in exchange for moving up a few notches in the draft. It is a very interesting scenario for all Canadiens fans to follow.

Montreal has not drafted a first rounder from the QMJHL since the bust that was Eric Chouinard in 1998. Chouinard, who also played for the Remparts, managed a short stint with the Habs before being dealt to Philadelphia Flyers. It in a classic case of second guessing, the Habs overlooked Chouinard's teammate, Simon Gagne, and the french media took a decade to let them off the hook for it. 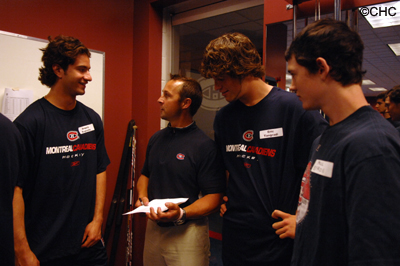 Second guessing also takes place before drafts, and their is some concern, that while Esposito has great talent, his intensity lacks focus at times. The skilled center looked to be a lock on going 1st overall one year ago, but has since seen his stock fall off. Going from a 98 point rookie season, down to 79 will do that to one's ranking.

Explanations for Esposito's slip are best understood in consequence with the Remparts play last season. After winning the Memorial Cup with a stacked lineup, Quebec lost several key elements this season, mainly Alexander Radulov, and were icing a much younger lineup. All things considered, Esposito still had a very good year for a seventeen year old. 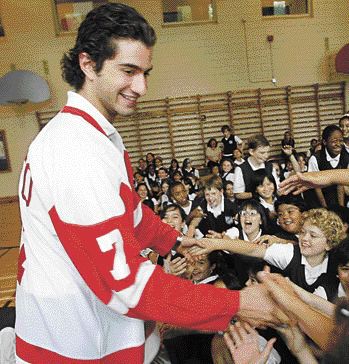 It will be very interesting to see what Montreal does in regards to him. Perhaps a team will snatch him up before the Canadiens even step to the podium. It is however, almost unimaginable that Esposito bypasses the Habs 12th position. Should that happen, there would be the usual media repercussions regardless of who the Canadiens pick. 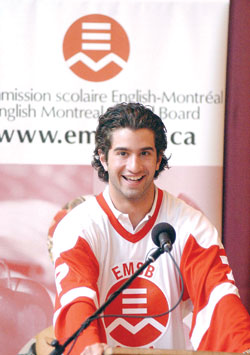 There will soon be a flood of articles on Esposito and other prospects. Here are some of the ones I've found:

Esposito's Prospects Blog at NHL.com
Hero's Welcome For Junior Star
Angelo Esposito Q & A
Esposito Pays A Visit To The Kids
The Q Typically Slow To Act On Problem
Q Draft Not Deep