Gainey open to any and all possibilities

Share All sharing options for: Gainey open to any and all possibilities

Transcribed from an article at CyberPresse, June 21, 2007

With two first round picks in today's NHL Entry Draft, the 12th and 22nd, the Canadiens have the tools at hand to liven up the draft day proceedings. 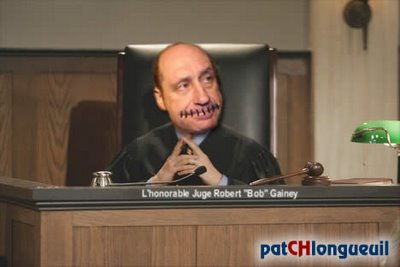 Habs GM Bob Gainey is on record as stating that "all doors are open", but shrewd is the mind who is able to figure his plans.

"There are many teams talking and calling", admits Gainey, "But that's normal as each team has assessed their respective needs since the end of last season."

Gainey has said that at least one caller wanted to discuss aquiring both the Canadiens first round picks.

"This is the time of year where we count on the experience and expertise of our scouting staff. There surely is one player that is superior to others, and it is up to us to find him", says Gainey, adding that he believes to have determined one such player.

"If he's available in the 12th position, we'll be happy to take him."

It is needless to attempt to get more specific information from the tight lipped Gainey, but reading between the lines, one can assumed the team is well prepared to trade up in the draft order need it be.

Just as difficult, is gauging the Canadiens interest in Angelo Esposito, who is likely to diappear in the top 10 picks. Both the Carolina Hurricanes and the Florida Panthers, who pick 11th and 10th respectively, appear to have an avid interest in Esposito. 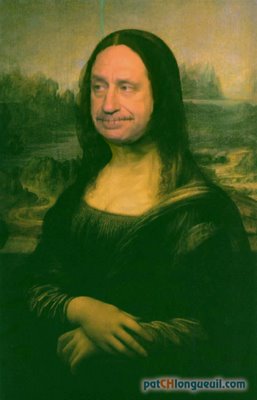 "It's difficult to predict how things will unfold", says Gainey, "there is a domino effect that occurs as the draft progresses. Teams who have an eye on a certain player and fearing he could be snapped up tend to enliven the process greatly."

The Canadiens director of scouting Trevor Timmins is predicting a wild day full of surprises.

"You never know what can happen", says Timmins, "we're going to the draft with the intention of hitting a home run. We have in mind the players we want to pick in our two positions, but Bob calls the shots. He can take action, but we have done our homework."

Along the way, Gainey has stated that the scouts have paid particular attention to the prospects from Quebec this time around. The Canadiens own five picks in the first 73, and many Quebec born players find themselves among this group. Other than Esposito, there is David Perron, Keven Veilleux, Kevin Marshall, Olivier Fortier and Maxime Tanguay, the younger brother of Alex of the Calgary Flames.

"We know that there are good players in Quebec", says Gainey, "our scouts have been following them closely. We are aware of the importance of these players to fans, and that makes it a priority for us."

The Canadiens invited 20 players, the majority of whom where from Quebec, for physical as well as psychological testing. The initiative is relatively new.

"It's not a new phenominon or a change in philosophy", says Timmins, "we have always been aware of the importance of drafting Quebec born players."

While that is certainly true, the Canadiens have been mining in Russia these past several years. Gainey did not deny that the return there of Alexander Perezhogin and the recent decision made by Alexei Emelin will incite the staff to choose more carefully in the future.

Update: A similar sounding piece from the official Habs site.