What To Do With 41 Stanley Cups?

Share All sharing options for: What To Do With 41 Stanley Cups? 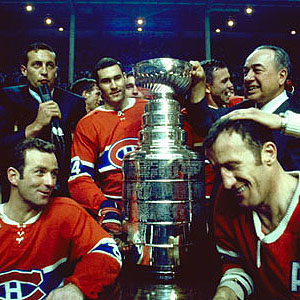 "Montreal is a sports Mother Hubbard with so many Stanley Cups she doesn't know what to do with them!"

If a group of four citizens gets its way, future downtown pedestrians will soon be able to look down and see Howie Morenz and Maurice Richard and other hockey greats embedded in the sidewalk

A committee formed by lawyer Allison Turner, academic Michel Vigneault, McGill PR rep Earl Zukerman and jazz pianist Billy Georgette report that their goal of sprinkling memories of hockey past throughout the downtown region seems to be receiving some ready ears. 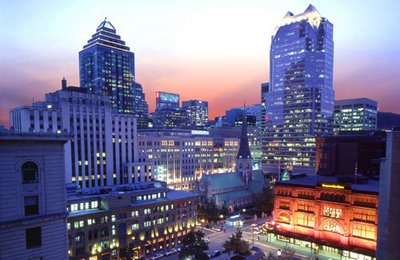 The current plan is to make a hockey walk of fame on sidewalks from the Bell Centre to the old Forum, to the site of the former Victoria Rink (at Drummond and René-Lévesque) and to McGill's Roddick Gates, all considered important sites in the history of hockey.

"We met with downtown councillor Louise O'Sullivan-Boyne and it went very well, she was very supportive and enthusiastic. It went better than I could ever imagine," says Zukerman. "She said it ties in with a bunch of other projects they're working on to renew the downtown core." The committee also reports that the Montreal Canadiens hockey team has also expressed strong support for the plan. 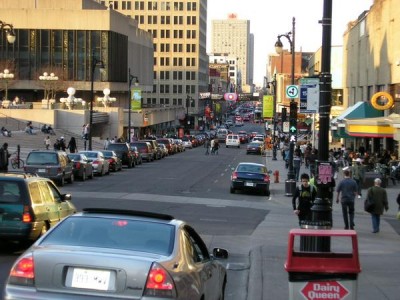 The initiative to enshrine the place of hockey onto the downtown streets began when Georgette developed a fascination with a nondescript indoor parking lot straddling Drummond and Stanley. The building was put up in 1862 and in 1875 hosted an intramural hockey game pitting two teams of McGill students. "The referees wore top hats and carried big Christmas bells like carolers have. There were nine players per side and if a guy got injured, too bad, you played short," says Georgette.

The Zurich-based International Ice Hockey Federation recently recognized that initial contest as the world's first-ever hockey game and plans to put a plaque on the site to commemorate the event.

"That was the original hockey rink, even though it was built for social skating," says Georgette, who notes that the size of the ice surface dictated today's standard 200-feet-by-85-feet dimensions. 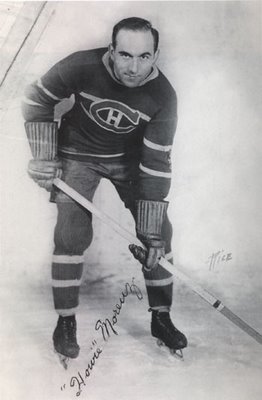 Georgette met several times with then-owner Lorne Webster, in an effort to turf the car rental business from the building and return the building to its former pristine glory. Webster was also a keen fan of local sports history, having written a book on the history of squash in Montreal, but little resulted from the meeting. 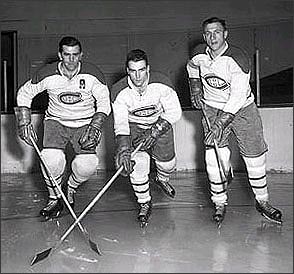 Restoring the Victoria Rink might not happen soon, nor will Georgette's dream of transforming the parking lot in front of the Bell Centre into a hockey theme park. But those involved consider the hockey walk of fame a strong possibility and Georgette says it's suitable for a city that has won 41 Stanley Cups in the last 110 years.

"Other heritage places, like the Plains of Abraham, are sites of agony and destruction, but this is an exuberant life force. Montreal is a sports Mother Hubbard with so many Stanley Cups she doesn't know what to do with them," he says. "Hockey is something we all have together. It's something that we can all share, where English can be proud of French guys and vice versa."