Offer In Souray's Hands, Will He Bluff?

Share All sharing options for: Offer In Souray's Hands, Will He Bluff? 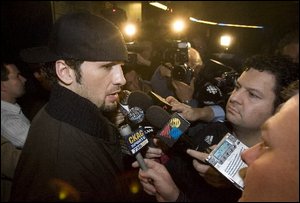 It has recently been made known that Canadiens GM has quickly extended Habs free agent defenseman Sheldon Souray a contract offer. Gainey is acting lightening fast on this Souray portfolio, only days after inking fellow D-man Markov, as he surely understands that time in this case, is of the essense.

Why the hurry, you may wonder?

My theory is that it is because Souray, whether he intends so or not, has the ability to hold the Habs hostage with his decision. Gainey in all common sense, does not want to arrive at July 1 still doubting his PP specialists intentions. This offer has been tendered to establish fact, sooner than later.

The connundrum is that a Souray holdup, (not intended as a pointed gun - pun! ) could deviate Gainey's foray into other free agent territory come July.

I have a fear of this portfolio dangling a little too long based on comments from Souray's agent Paul Theofalous. When he suggests that the offer will be pondered, sat upon, rethought ad nauseum, I take it as they want to have a strong card to play in this deal. Gainey, a straightshooter, but a sly gamer, won't appreciate extended bluffing.

He'll want to know as soon as possible from the Souray camp, exactly where it is that the bear takes a dump! 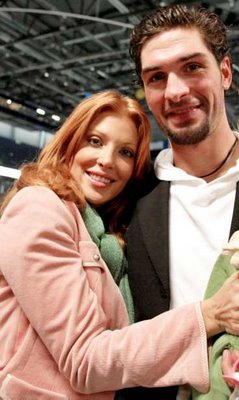 Though we will likely not be priveledge to daily updates, I expect offers to go back and forth until Souray either signs or demands a deal that says he'll by sitting by the phone on July 1.

I would also expect that Gainey will try as he might to avoid the same 4 year term handed to Markov. I'm sure he won't want to dance this waltz again come four years time. Sealing up two big contracts at once tends to play against each singular deal.

Considering that dollars turned away by Souray could translate into another future players riches also makes Gainey anxious for the time of day.

The trouble on the horizon is that Souray and agent won't truly know their worth until the fateful day comes. Speculation on an offer can swing like a pendulum when a player is far from an assured value. 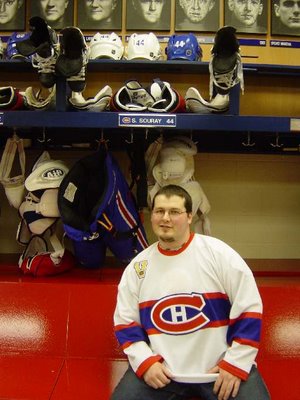 Some schmuck to take Souray's place?

I make mention of that in regard to Souray's liabilties on defense. Truth is, Souray ain't every GM's cup of tea, as the Kings Dean Lombardi has stated in his own case. The Kings likely lost interest in Souray, all the way back when they fleeced Carolina of prospect Jack Johnson.

That snub could translate into an extra card in Gainey's hand, should he play it right. That the Habs would be making an offer, knowing full well what Souray's deficiencies are, is a committment the big defenseman is unlikely to find elsewhere. Gainey should be almost bombastic in getting this across!

How I see some of this card game playing out has much to do with Gainey establishing some sort of cutoff date, a take it or leave it offer, possibly one week prior to serious business day. The closing window may get the Souray camp plausing the known more than the unknown, with Lombardi-like comments ringing in their ears.

The primordial reason for using haste over waste in this off season is that this is not one of the more overflowing free agent pools worth dipping into in recent memory. If the Canadiens are considering adding a defenseman to their ranks via this market, slim pickings at fools prices are what awaits them. 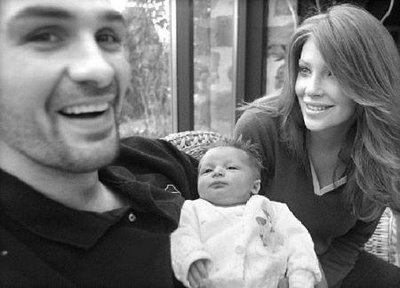 Secondary to Gainey's haste is the fact that RFA's such as Higgins, Ryder, Plekanec, and Komisarek are up for better than pay scale increases that will undoubtably cut into money targetted for a potential free agent. Count on one giving Gainey a hard time.

Working in the Canadiens favor, is the fear factor that Markov brought up as one of his reasons for staying put. With so much transition in Souray's personal life, call it instability if you will, he may be tempted to side with the intangibles he knows await him in returning to Montreal.

A city he is adored, understood, and appreciated in, is something no other organization can offer him.

The feelings have always seemed mutual, and Souray has never shied from letting it be known. He has always stood up for pride and team, and it would seem unlike of him to bolt if Gainey's offer is a good an honest one. 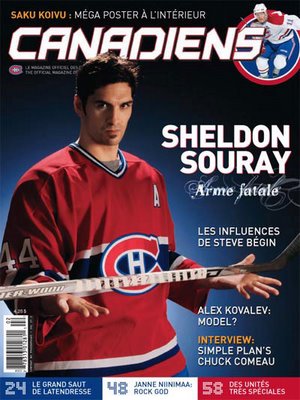 Much of the speculation will have to do with where Souray sees himself heading to, should July 1 not bring any resolve. Other than the much bantered about preferential West coast destinations that I do not believe will unfold, what I fear most is Souray being lured to a team of great promise, such as a perenial contender like Detroit, or a soon to be knocking at Stanley's door team, such as the Penguins.

I recall two different defenseman who left Montreal under opposite circumstances, but with similar characters. More recently, there is Craig Rivet, humbled and traded away, and back a few years, and Stephane Quintal, offered moon, beach, and sundeck by the New York Rangers upon free agency.

While Rivet spit an untasty venom upon his leaving, Quintal shouted from Manhattan rooftops that there was nowhere like Montreal to play. His misguided loyalty earned him a dubious Blackhawks jersey faster than you can say "Thank-you!"

All three of these rugged rearguards were team - first guys while Habs, and surely Souray remembers how Quintal felt as he was spurned by not receiving an offer from the Canadiens until after the deadline. Souray won't have to feel that sense of detachment, offer in hand.

It makes me wonder if Souray ever thinks about Quintal and greener dollars not being greener grass.

Here's hoping he has!

I remember Souray not doing all too well in some Poker tournament awhile back. Perhaps his bluffing is not up to snuff.

For some personal insight into Souray's home life and a little background info, try these links.