Share All sharing options for: 1977 Habs Voted As Top Team 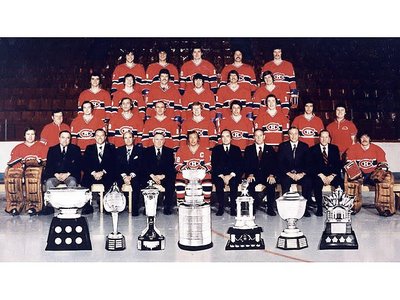 The final tally is in from the Vancouver Province.

Seventy-six per cent of readers voted for the 1976-77 Montreal Canadiens to beat the 1955-56 Habs. How did the ultimate champs do on the road to this Cup?

- Round one: 1976-77 Habs beat the 1991-92 Pittsburgh Penguins with 74 per cent of the reader vote. (Said The Province's Jason Botchford: "These Habs would whip Mario Lemieux and his boys so badly, Pens fans would help their team pack and move to Kansas City."

- Quarterfinal: Habs beat the Bobby Clarke-led 1974-75 Philadelphia Flyers with 76 per cent of the vote. (Said The Team 1040's Barry Macdonald: "The Flying Frenchmen vanquish the Broad Street Bullies in five, in part because Bobby Clarke was preoccupied by the sight of Bonnie and Carl Lindros at the Spectrum with four-year-old Eric.")

- Semifinal: 1976-77 Habs beat 1987-88 Edmonton Oilers with 58 per cent of the vote. (Said The Province's Ed Willes: "There has never been a more perfectly constructed team in the history of the NHL. They lost eight freaking games the whole season.") 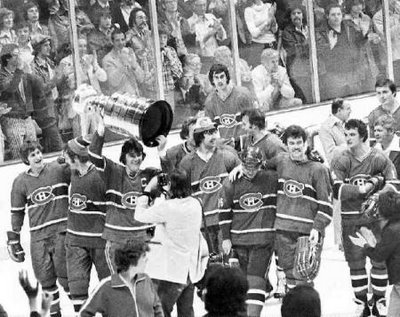 GREAT, YEAH, BUT NOT THE GREATEST

WHAT OUR PANELLISTS SAID

"Our championship was the result of choices so bizarre, it left this panellist contemplating separatism. Still, the 1976-77 Canadiens redefined the word dominance in way that has never really been matched. The only team that could have given these Habs trouble in this tournament was Wayne Gretzky's Oilers, who were forced to watch the finals from the cheap seats. The '76-77 Habs win 4-2."

"The Montreal Canadiens of 1976-77 had strength at every position and depth."

Barry Macdonald of The Team 1040

"Evidently Bobby Orr's problem knee flared up during the semifinal with the 1955-56 Habs, the only possible explanation for the Bruins not reaching the final. The Habs of more recent vintage whack the mid-'50s version -- the Rocket neutralized by the defensive brilliance of Bob Gainey. 1976-77 Habs in five."

"What endures about this team is its versatility. They could play a speed-and-skill game. They could play it tough if they had to. They could shut down teams and they made a mockery of the league that year. This is what sets them apart from the Oilers of the '80s, the Bruins of the early '70s and the great Habs' teams of the '50s. Habs in six."