Share All sharing options for: Show Kovalev The Plank 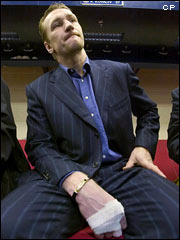 Why, all 15 at one time or another, have lived or died by the sword named Alex Kovalev. All have coached Kovalev during his 14 year NHL career!

Actually, that three are dead, and a third had at one time attempted suicide, may have little to do with Kovalev's play and attitude. Still, it can be greatly argued that he killed their coaching tenures rather quickly. No coach named above completed two full seasons coaching the maddening mystery that is the (so-called) Russian star.

Of course there is more to their coaching brevity than Kovalev's frustrating combination of talent and nonchalance, but one would be hard pressed to point to any time when the star's game actually helped prolong any of their coaching careers.

A tell tale sign it is, having more coaches than seasons in the NHL! I'm not the first to liken Kovalev as a coach killer.

Even Keenan, who won a Stanley Cup with Kovalev (or despite him), bolted while the getting was good.

Current Kovalev coach, Guy Carbonneau is the latest to learn that the Kovalev buttocks are made of asbestos - you simply cannot light a sufficient fire under a player who does not care!

What is coach to do with a player of such temperment? 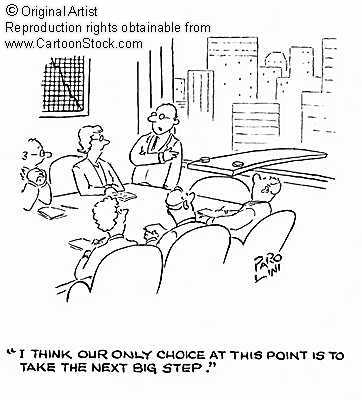 Carbonneau has tried it all, from coddling him to benching him. He has given Kovalev every possible linemate he's desired in bending to his complaints of a centerman to suit his needs. He's played him on the top line, and tried prying some pride out of him by placing him on a fourth line.

Nothing has worked - no one should be the least bit surprised, really.

Kovalev has enjoyed one season worthy of his talent, and that would be the 2000-01 season in which Mario Lemieux came out of retirement, and centered the Russian enigma. Kovalev registered 44 goals, a career high that season.

Lemieux once made an All-Star out of a plug player named Warren Young, setting him up for 40 goals in the 1984-85 season, a fact that makes Kovalev's accomplishment even less shining in perspective.

Need I mention Mario Lemieux types aren't exactly in abundance on the Habs, or any teams roster, for that matter.

If one omits that season from the Kovalev resume, one must ask exactly what in his career has he done to warrant a 4 year, 4.5 million dollar contract?

Not nearly enough, and whatever Kovalev's done, it's surely not been with anywhere near the consistancy to have him held in such high esteem by anyone pertaining to know a thing about heart and the game of hockey.

Kovalev has been termed an "artist with the puck", and surely the player has aptly demonstated in practice drills that he can in fact stickhandle and manoever that little black disk in a phonebooth. Trouble is, there are no phone booths on the Bell Centre Ice (Yeah, yeah, make your own puns) for him to dazzle around in.

More often than not, the Russian's habits wrap himself up in extension cords in that phone booth of his. He's become a tired, overseen replay, that leads nowhere.

When a player of Kovalev's supposed talent, is so stubborn in his ways, that he doesn't even seem to recognize when he has been humiliated, what is a coach to do? How do you motivate such a complacent heart of glass?

It's been said over the course of the season, that with a player of such malignant charisma, that you simply endure the unsightly until the bet pays off.

We'll the bet hasn't paid off!

In no less than four separate pieces in one Montreal paper yesterday, he was described as a phantom, an invisible man, Special K, and on "auto pilot", while being taken to task for his lack of heart and committment.

One writer pointed out that a certain reader had termed it best, calling Kovalev a groundhog.
That is an astute description, especially considering the classic Bill Murray flick titled "Ground Hog Day".

Briefly, if you haven't seen it, the main character, Murray is doomed to repeat his failures over and over, ad infinitum, until he somehow finally gets things right.

Considering that Kovalev has two years remaining on his cap crippling contract, his is a movie of repetition I'm sure no fan has the stomach to watch over and over.

Former Canadiens coach Jacques Demers said it best, stating that Kovalev has no business being in a Habs uniform.

"He's a disgrace to the team and its fans, and he's mocked them far too long. He's not worthy of the jersey", said the coach.

The danger of keeping Kovalev around any longer, is that his attitude infiltrates and corrupts the teams young core, showing them just how much a player is able to get away with. His contract has become an anvil in a sinking ship, and the time has come to cut ties with the player before further rotting can be accomplished.

If the Canadiens truly want to start fresh next season, all the while shedding the weight of a major salary, it begins with pushing Kovalev off a plank.

Unfortunately, they cannot yet buy him out, according to the CBA, until the final season of the contract. It's too bad, the 66%, the 6 million dollar walk away would be considered a bargain. I wonder how the clause is worded - does it prohibit the team buying the final season out a year in advance, to make him somewhat tradeable?

The Canadiens should look into it.

Guy Carbonneau's coaching life might well depend on it.