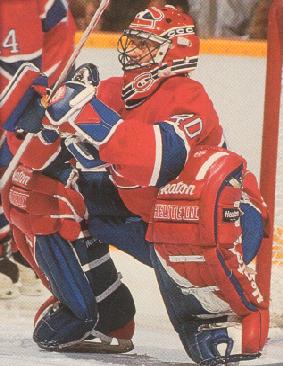 I recently updated my Montreal Canadiens goalie post titled "Who Were Those Masked Men?.

It features 75 goaltenders to have played for the Habs from 1909 to the present and over 40 more who were either drafted, signed or traded for by the team but never made it to the NHL. Many of the names are instantly recognizable, and some others are quite surprising. There are lots of curious names in the listing, some remembered and others surely forgotten through time.

The listing created is meant to serve as a type of database, with hyperlinks to sites that detail the career stats and timelines of these mysterious men behind the masks. Try as I did, I could not find one singular site dedicated only to the Canadiens goalies over the years. 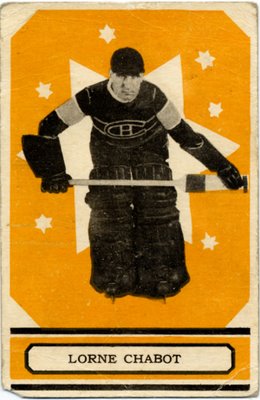 In time, I will be adding more information to the post, in regards to records with the Canadiens, others who were signed as free agents, playoff wins, individual awards, and other pertinant details as I come across them. There is a lack of factual detail concerning the original 6 era, and even less for the Habs pre-NHL years of 1909-17.

Over the years, I have heard of certain goalies, such as Glenn "Chico" Resch, one-time Islander goalie, as having at one point belonged to Montreal, and the next such statistical data I will pursue will be trade logs where such information can be found.

Anyone knowing where I can access such sites or information, it would be tremendously appreciated if you could drop me a note in the comment box or at my e-mail address.

For those interested in finding out more about the goaltenders who've played for other teams in the NHL since 1917, be sure to check out the Goalie Archive and Hockey Goalies.org. There are also dozens of netminders profiled at Joe Pelletier's Legends of Hockey under the heading of Goalie Legends. Joe has recently began posting NHL Playoff Legends and has kicked off the feature with an excellent read on this one-time Habs prospect pictured below.