Share All sharing options for: Few Former Habs Go On To Win Stanley 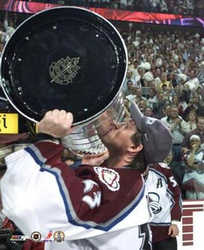 When round one of this seasons playoffs wraps up, there could be as many as 10 former Montreal Canadiens left playing in this seasons Cup Quest. As of today, April 20th, here is the list of the 13 remaining below.

I recall hearing one time, though there was were no official stats, that very few Montreal Canadiens moved on to other teams and won the Cup with that organization. I remember doing some research on that thought several years back, and it turned out to be true, for the most part.

In recent years, with the amount of players and teams in the league due to multiple expansions, I would have assumed that even more former Canadiens would have fallen into this category.

What I discovered with further research is quite interesting. Since 1955 ( over 50 years back - I had to have a cut-off point somewhere!), only six players traded from the Canadiens went on to win Cups with the teams they were traded to. Considering that the Habs must have dealt close to 300 assets since the 1960's, that is an incredible stat.

Of the six players, four would familiar to fans today, though none remain in the league. The most common trade, that of Patrick Roy, along with Mike Keane to Colorado, accounts for two of the six players. Roy and Keane would win the 1996 Stanley Cup together in Denver, the same season of the trade. Keane would win again with Dallas in 1999, before Roy won his fourth in total in 2001.

In 1990, Montreal dealt Claude Lemieux to New Jersey. Lemieux would win a Cup with the Devils in 1995, be part of a three-way trade to Colorado where he'd win a Stanley Cup the following year in 1996, before ending up back in Jersey to win a third away from Montreal in 2000.

Stephane Richer, a former two-time 50 goal man with Montreal, was shipped to Jersey also, in 1991. Richer would be part of the 1996 Devils win, before returning to Montreal for a short, and less successful spell. The Richer to Jersey-deal brought Kirk Muller to the Habs, abig part of Montreal's 1993 Stanley Cup win - call that one even. 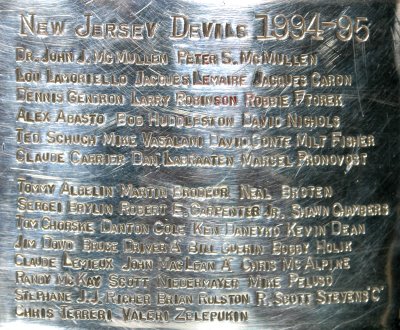 The other two Canadiens players to depart directly from Montreal, are somewhat more obscure. Dave Lumley was a forward in the Canadiens organizations from 1974 to 1979. While he was a decent prospect at the time, Lumley only played 3 games with the Canadiens before being sent to the Edmonton Oilers where he would win the Cup in 1984. Lumley was originally dealt to the Oilers in what was termed in the day, a gentleman agreement. He was traded for no returns, other than an Oiler promise not to choose a different player in an expansion draft for WHA teams at the time. The Oilers would send him to the Hartford Whalers the following season, only to reaquire him in time for their 1985 Cup win.

From 1984, we must go all the way back to 1961 to find the last of the six players. Dollard St. Laurent, a stay at home defenseman, was sent to the Chicago Black Hawks in 1958, while the Canadiens were in the midst of winning five straight Stanley Cups. St. Laurent would still be with Hawks in 1961, helping them to win their for Cup in ages. 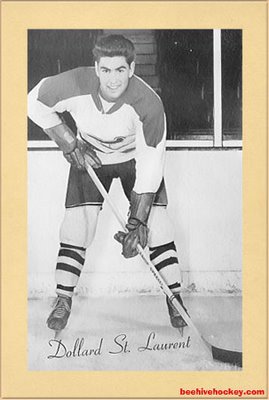 Another statistic that is equally interesting is that in the 51 seasons since 1955, only 14 other former Montreal Canadiens have gone on to win the Stanley Cup, after moving from teams that the Habs traded them to. Other than the names of Mark Recchi (2006 Carolina), Guy Carbonneau (Dallas 1999), and Chris Chelios (Detroit 2002), most of the players were bit parts in the Canadiens schemes.

Other than Brian Skrudland in 1986, none of these 14 players would reach the Stanley Cup with the Canadiens. More than half of these names would barely account for a full season in the NHL with Montreal.

If history has any say, things do no look good for the playoff chances of Rivet, Ribeiro, and Hossa.