Proper Manners In The NHL 101

Share All sharing options for: Proper Manners In The NHL 101 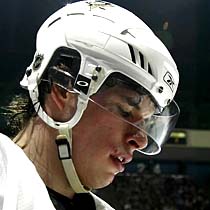 First Aaron Downey lectures Sidney Crosby on how to behave, and now the Shultan Of Shwee, the man with the infectuous Irish lisp, Bryan Murray, is offering free advice on behavioral traits becoming an MHL star.

I'm a little late on this story, but I love Murray so much I just have to throw my two bloggin', F%#$@! cents in also!

Murray was quoted as saying that " "Croshby ish one of thosh young people, and rightly sho, that the league ish promoting ash the eshample of the new NHL and that, and when he turnsh - I'm shure he's on camera quite often - ushing the languash he doesh, I don't think it'sh shomething you should do, that'sh all.

Riiiiight! And Murray's one to talk!

If you haven't previously seen this clip of him F-bombing L.A. Kings commentator Jim Fox, from last season, it's quite a display of good decent English. Check it out!

All this apparently came about because the good kid Sid suckered another ref with a dive.

It's not as if Sid has a cursing problem that would be any worse than any other NHL'er. It's not as if he'd shown up at the Murray household wearing one of these t-shirts for a date with his daughter. 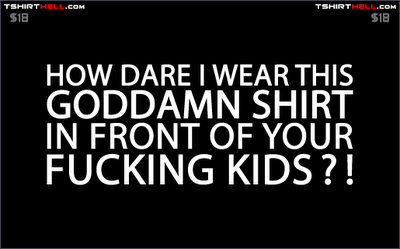 Maybe Murray's just setting the table for some potential first round trash talk!