Editor's Note: This article is from the EOTP archives, written before the site was added to the SB Nation network by site founder Robert Lefebvre. With news of Jean Beliveau suffering a stroke, I thought it would be good to bring up this celebration of the man's public life as the great statesman of Le Club de Hockey Canadien. Our thoughts are with Jean and his family in this trying time. - Bruce Peter 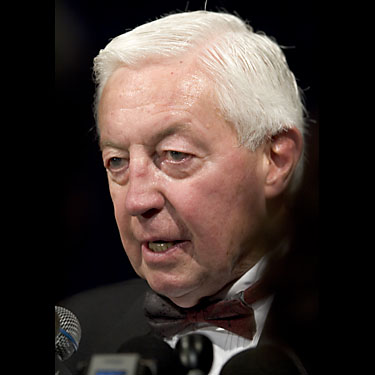 The Montreal Gazette's Pat Hickey was quoting former colleague Michael Farber, who once observed that "nobody understands ceremony better than the British royal family, the Catholic church and the Montreal Canadiens."

Last night at the Bell Centre, the team honoured the legendary Jean Beliveau with a charity dinner that raised more than $1 million for six children's hospitals across Quebec.

The dinner brought together a star-studded guest list from the worlds of sports, politics and business. A performance by Cirque du Soleil added to the evening's excitement.

But it was Beliveau who stood above the crowd with his regal presence. There have been Canadiens stars like Rocket Richard or Guy Lafleur who have evoked more passion than Beliveau, and there have been players who have scored more goals and more points or won more Stanley Cups.

There has never been a player who demonstrated more class.

I was fortunate enough to watch Beliveau play his last few seasons in Montreal. I have vivid memories of the 1971 Stanley Cup and a hat trick that produced his 500th goal against the Minnesota North Stars. My father would tell me stories about The Rocket and Le Gros Bill, tales that wrapped me in the passion of the sport and the team.

I remember him telling me that Beliveau was retiring. I couldn't understand why - he was still one of the better players around. 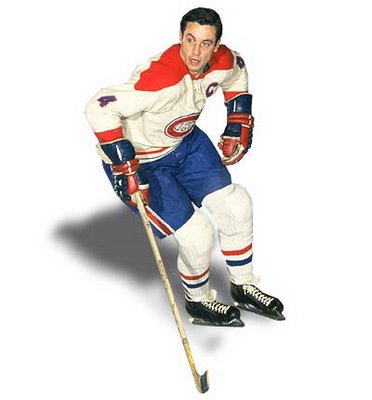 Beliveau was my father's favorite player - they were born on the same day and year - my father soon pointed out another legend in the making to me, Guy Lafleur, who would become my favorite over time. On a night I will never forget, Lafleur's Quebec Remparts were playing against Cornwall, and he put on a show. He wore the number of his hero, Jean Beliveau.

There was something about the ceremonies and honouring of Beliveau at this time that troubles me some. As Beliveau is 75 years of age, I sensed an air of finality to the timing and proceedings.

In 2000, Beliveau was diagnosed with a malignant tumour in his neck and throat area. He survived that scare and it is now in remission.

Beliveau, as everyone knows, is an extremely charitable man with lending his time and effort to dozens of worthy causes, most of them involving children.

The finality of which I speak, had to do with this one big bash, held in his name last night. I sensed it, subtly, in the manner it was done. Beliveau has always done his good work in a quiet type of way, removing himself as the center of attention. While always being a willing partaker in anything for goodness's sake, none of the events were "about him".

This one seemed that way to me. 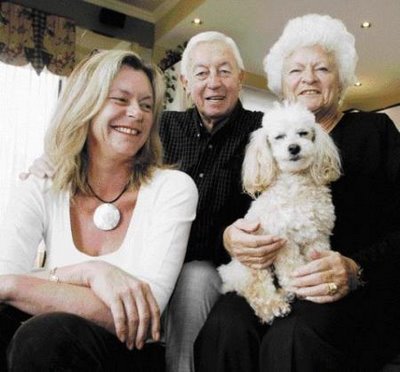 There is in fact absolutely nothing wrong with that premise - only that it struck me the way it did.

Beliveau is obviously about to slow down his ongoing work. Hopefully there is no other reason for that other than the age of the man. A night like like last night, obviously could not be envisioned for 5 years down the road, when he would be 80 years old.

It is said that the event has raised close to a million dollars that are to benefit several charitable outlets. I find it quite amazing that the great work he has cultivated over decades can culminate in such a beautiful giving way.

There are painfully few, if any, role models of the sort left to rise from the sporting pages. Though a great many do tons of good work, none quite have the same effortless lack of pretension that Beliveau has.

In Beliveau's first act, as a hockey player, his prowess and class on the ice made him a legend and a story for the ages. There are of course many records and Stanley Cup rings and tales that underline a bursting resume of unimaginable success. 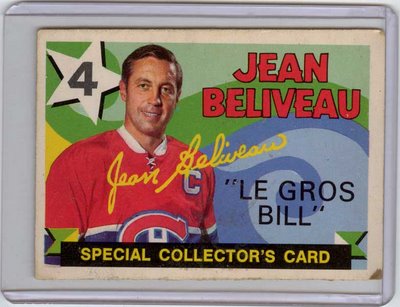 In Beliveau's second act, he has outdone the first. In the spirit of giving, he has proven to be a most exemplary human, a person worthy of the highest admiration.

That notion surprises me! It shouldn't

Beliveau Is A Hero On And Off The Ice - Montreal Gazette