Montreal Canadiens great, Edouard Charles "Newsy" Lalonde was a premier player in the pre-NHL era of hockey in the early 1900's.

Lalonde excelled at both hockey and lacrosse. He is recognized by the Hockey Hall of Fame as one of the most dominant players of hockey's first quarter century.

In the history of the Montreal Canadiens, there has always been a dominant player leading the team through the era's. Newsy Lalonde was the first in a succession of star players, predating the likes of Howie Morenz, Maurice Richard, Jean Beliveau and Guy Lafleur. Perhaps, unfortunately for Newsy, he played at a time of less recognition, prior to when the Canadiens joined the NHL and those parts of his career are ignored in today's record books. 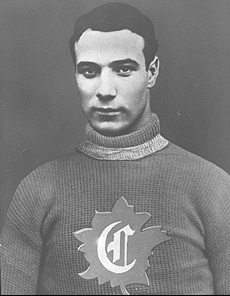 Lalonde was born in Cornwall, Ont. October 31, 1887 and as a youth worked in the newsprint plant - hence the nickname "Newsy". He began playing professionally with the Cornwall Rovers in 1905, at age 16.


In 1906 he was a member of the senior Woodstock club, moving in1908 to play for the Toronto Arenas of the Ontario Professional Hockey League - the first pro league of its kind in Canada. He won the OPHL scoring championship with 29 goals in 9 games and played against the Montreal Wanderers for the Stanley Cup, which Toronto lost 6-4.

After two seasons with the Arena's, he became a Montreal Canadien.

The Canadiens played their first game ever on Wednesday January 5th,1910 at the Jubilee Rink, a 3,500 seat natural ice arena that was located in Montreal's East End at the corners of Ste-Catherine and Moreau streets. Newsy was in the lineup for the Canadiens and scored two goals before being hit in the ankle with a puck and leaving the game. Montreal defeated the Cobalt Silver Kings 7-6 in overtime.

Canadiens owner J. Ambrose O'Brien owned four of the five teams in the National Hockey Association he decided to lend Newsy Lalonde to the Renfrew Millionaires team for the balance of the season. Lalonde added 38 goals, bringing his total for the year to 40. In 1911, Lalonde returned to the Canadiens but his goal production dropped to 19 in 16 games.

Following the 1911 season, Newsy Lalonde was traded to Frank Patrick's Vancouver Millionaires for Ernest Dubeau. He flourished in Vancouver, scoring 27 goals in 15 games and won the PCHA scoring championship.


Lalonde was sent back to Montreal the following year for Didier Pitre and responded by scoring 25 goals, finishing fifth in scoring behind Joe Malone of Quebec, who scored 43 goals in 20 games.

In 1915 Lalonde held out for more money from the Canadiens and retired after playing in only six games. Lacrosse, a sport in which Lalonde was said to be even more dominant in, paid almost double at the time.

By next season, he had come to terms with the team and enjoyed another excellent season ding the scoring race with 31 goals, adding three more in the playoffs as the Canadiens defeated the Portland Rosebuds 3 games to 2 to win their first of 24 Stanley Cups.

In the series, Lalonde dealt with a bout of the flu, playing the first game and missing the second. Lalonde returned in game three to score a goal, helping the Canadiens to a 6-3 win. In the fourth, Newsy scored with a minute left but it was not enough as Portland won 6-5 to tie the series at 2-2. Lalonde didn't score in the final game won by the Canadiens 2-1 on a late third period goal by defenseman Goldie Prodgers.

Lalonde pocketed the magnificent sum of $238 paid to each member of the championship team. 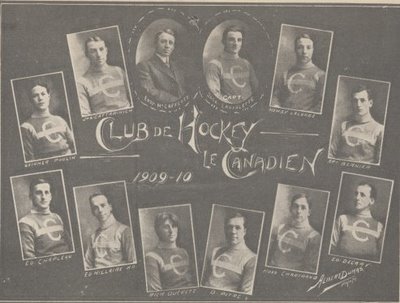 The following season Lalonde tallied 27 times, playing in the Stanley Cup final once more when the Canadiens traveled west to play the Seattle Metropolitans. In the second series game, he drew five penalties including a game misconduct and a $25 fine for butt-ending referee Jock Irvine during a brawl. Overall, it wasn't the best series for Lalonde or the Canadiens. He scored but 2 goals and Seattle won the series 3 -1, becoming the first American team to capture the Cup.

This would be the last game for the Montreal Canadiens in the National Hockey Association. 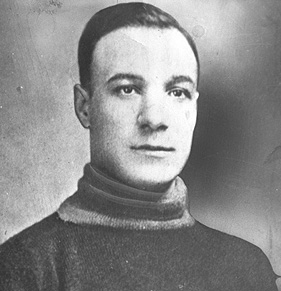 By 1919, the Canadiens made it back to the Stanley Cup final by winning the NHL regular season. Their western opponents in the Stanley Cup challenge were, once again, the Seattle Metropolitans. After five games in the series, each teams had two wins and one game ended in a tie. Newsy Lalonde had scored 17 goals in the ten playoff games.

In 1921 the Canadiens finished out of the playoffs and Newsy Lalonde finished third in scoring. Early in the 1922 season the Canadiens were sold to Joseph Cattarinich, Louis A. Letourneau and Leo Dandurand. Newsy Lalonde walked out in a dispute with Leo Dandurand and held out for four games. He then played 20 games playing well below his normal level and only scored 9 goals. His performance prompted Leo Dandurand to trade him to the Saskatoon Sheiks of the PCHL for Aurele Joliat who was to become the next Canadiens superstar. 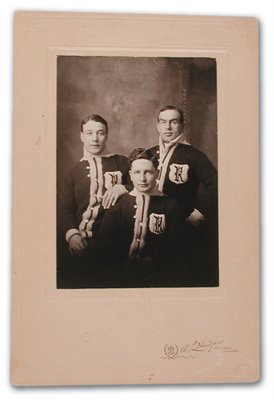 Newsy was now coming to the end of his career. In 1923 he regained his form when he got 29 goals in 26 games then he tailed off to 10 and 4 the next two years. In 1926 he moved to the New York Americans but only played one game for them before retiring.

By 1932 he had settled his differences with Leo Dandurand and was named coach of the Canadiens. His first year as coach the Canadiens barely made the playoffs and lost in the semi-finals to the Rangers. The next season the Canadiens lost again in the first round of the playoffs, this time to the Blackhawks. In 1935, as happens to all losing coaches, Newsy was let go.

During his career with the Canadiens he was the leading scorer on six occasions. He captained the team from 1915-1921 and was a member of the first Montreal Canadiens team to win the Stanley Cup in 1916. He was scoring champion five times while playing in the National Hockey Association, Pacific Coast Hockey Association and National Hockey League.

He also held the record for the most goals scored by a professional hockey player from 1910 to 1954. It was his record of 441 goals that Maurice Richard passed. His total of 441 is much more than the 324 of Nels Stewart recognized as the modern record of the National Hockey League. 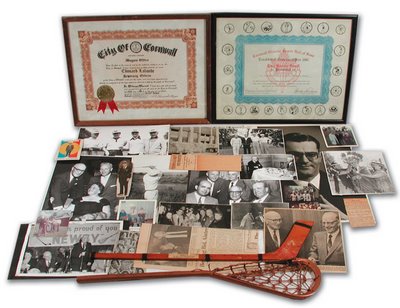 Above - A collection of Newsy Lalonde memorabilia.

Statistics in the old days were not kept as well as they are today. With the few exceptions of great players like Lalonde who had the foresight to keep a scrapbook, it is impossible to get accurate statistics even after exhaustive research.

During these early years of the NHL, Lalonde made more money playing lacrosse than he did playing hockey. Beginning in 1910, he would make up to $5,000 per season playing lacrosse, while as late as 1920 he couldn't get more than $2,000 a year playing hockey. His salary in 1910-11 for the Montreal Canadiens was $1,300 which was one of the highest at the time.