Beer Buffoon Attempts To Seize (or is that cease!) Blogging Freedom

Share All sharing options for: Beer Buffoon Attempts To Seize (or is that cease!) Blogging Freedom 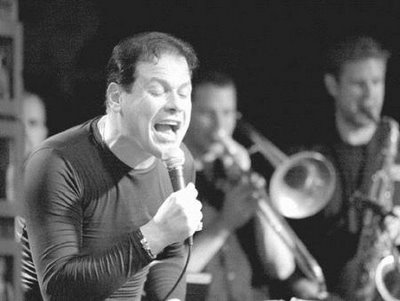 
This emerging story is too ridiculously odd to resist tagging onto.

The plot features a genial, silver tongued blogger named Neate Sager, and a shameless self-promoting beer baron named Frank D'Angelo. Sager is a staffer at the Ottawa Sun and has taken to taking on the motive-driven and transparent D'Angelo.

Seems the beer baron is threatening legal action (via a stern letter from an advertising agent, no less) should the bloggest persist in saying nasties about him. 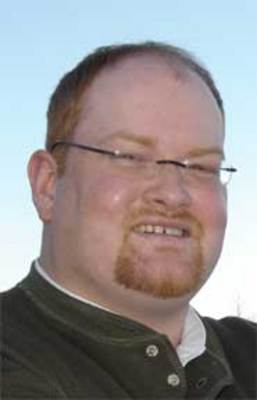 You might recognize the D'Angelo name from several tie-ins with sports ads and team ownership bids in the past year. Associated with Steelback beer and Cheetah juice, Frank D'Angelo will go to lengths of absurdity to promote his brand of swill.

Ever the sly marketeer, D'Angelo also fronts a rock band, oh so subtly named "Steelback 2-4", which performs shows and uses CD releases to benifit breast cancer funding. They've yet to get around to covering Frank Zappa's "Titties And Beer", but the commercially based linking of mammaries and ale go together like kicks to jockage and Absorbine Jr.

Sager operates an excellent blog titled "Out Of Left Field", which is humourous as hell, as well as highly vitriolic in it's targeting of hot air as he sees it. CFL, NHL, and the Ottawa sports community as a whole are often victim of his reality checks.

D'Angelo made a somewhat vile name for himself in a repulsive commercial for Cheetah in which he asks defamed former Olympian Ben Johnson, "Do you ever Cheetah?" He's also thrown his name in the ring as a prospective buyer for Ottawa's CFL franchise, fumbling the ball before even setting foot in the city. He quickly became a nuissance-about-town by ruffling the Ottawa Mayor's feathers by claiming certain matters of conversations and plans that didn't exactly align with the facts.

While surveying the Ottawa football landscape, the beer Beavis made no bones about the ploy that potential team ownership was mostly a front for selling the brewski's. In addition, his claimed monetary resources and backers, do not seem to withstand any public scrutiny. Like they're inexistant, almost!

To add insult to obscenity to ridicule, D'Angelo recently spouted that he was interested in buying the Pittsburgh Penguins. Pffftt!

Sager has been, piece by piece, taking him to task on credibility issues for a good while now. The blogger has done such a commendable job dismantling the bozo, that D'Angelo has responded in his usual dubious fashion, with a most suspicious e-mail asking Sager to "seize and desist", while withdrawing all comments about the brewmeister from the blogsite.

The misguided and grammar challenged e-mail is in no way from Frank's lawyer. It is a publicity agent who apparently cannot differ between seize and cease.

The battle, if there in fact is one, is over freedom of speech and opinion. That, or poor Frank just needed to abstactly get in the news again. It seems to be working as news chains are climbing on the story as it makes its way through the blog community.

Perhaps D'Angelo is just waking up to his perceived lack of credibilty among the jock crowd he seems to want to cozy his products up to.

Support for Sager and his right to express himself and his opinions have garnered great support from the internet community's fellow bloggers and readers - and rightly so. I suspect maybe only Eklund might withhold his mumblings on credibility.

Some of Sager's better gems are:

"Truth is, he's (D'Angelo) almost impossible to dislike, since he is so honest about who he is: A somewhat small-time huckster who conjures up dusty sepia-toned images of travelling door-to-door salesmen."

D'Angelo "would have been perfectly at home roaming the landscape wearing a natty snap-brim fedora and a zoot suit, perhaps seducing lonely housewives."

"D'Angelo's public persona leaves some lingering questions. Given his past decisions in the name of the almighty buck, such as his crass exploitation of Ben Johnson to plug an energy drink, how is one to believe that he will bring the right sensitivity to this market?"

"Never met Jeff Hunt, but he sure looks smart enough to know better than to get involved with beer baron Frank D'Angelo, who seems determined to be a pest throughout this whole process."

"D'Angelo keeps telling reporters he has this "billionaire partner," Barry Sherman, chief partner in a pharmaceutical firm. They keep writing it. For all we know, since Sherman, to the best of my knowledge, has never been interviewed during this saga, he might have just agreed to lend his name to D'Angelo's publicity stunt/practical joke."

"Give it a rest, already. D'Angelo himself isn't that bothersome -- he's the last of the old-time hucksters. It's somewhat bothersome that journalists and media outlets keep pandering to him and giving him the publicity he so desperately craves."

"I was getting a coffee a couple hours ago when on a larf, I picked up the Ottawa Citizen today and found a story in the sports section that Frank D'Angelo wants to become the next owner of the NHL's Pittsburgh Penguins. Sure. And I'm a male model.""Funny. The Pittsburgh Tribune-Review's Penguin's page doesn't have this "scoop." If there was anything to this, wouldn't it stand to reason that the reporters in Pittsburgh would have this story?"

"Turns out I arrived in Ottawa just in team for the football team to fold. Hey, it gave Frank D'Angelo an avenue to seek publicity. Excuse me, go on hiatus. They just went out to the store. And when they come back, I'm gonna wave those Pop Tarts right in your face!"

"Lo and behold, he's continuing his charade, issuing a statement that he still wants to buy the team. Riiiiiight....The Penguins aren't even on the market, and D'Angelo has already been spurned by the Canadian Football League. At this rate, by 2009 he'll be issuing statements about his interest in buying a NFL team and an English Premiership team."

"It appears Mike Cecere is not a lawyer. First off, lawyers generally know that CEASE and desist is the proper legal term. Secondly, lawyers generally do not use a marketing firm's letterhead for their correspondence and e-mail it in .pdf form. I'm not sure if they ask for letters of apology."

"It's understandable that Frank D'Angelo wouldn't like being mocked by bloggers. It's true that I was critical of his suitability as an owner of a Canadian Football League or National Hockey League team, but that is my opinion, presented under the guise of good old-fashioned satire, sarcasm and sardonic wit. All of that is protected speech."

"In e-mail sent Wednesday morning, Cecere did not reiterate a demand for a written letter of apology or throw around words such as a "libelous" and "defamatory." However, he says, "Most of your comments toward Mr. D’Angelo are negative in nature. If you would like to resolve this matter amicably I suggest you dig deep and delete all comments relating to Frank D’Angelo immediately, including your latest blog entry which includes my letter to you."


While Neate levels him a few good ones in the conscience, I see no legal line crossing in the aboce quotes. If you agree, and are "nodding like a woodpecker on Red Bull" to quote Sager, send your encouragements, words of support, or pen shafts loaded with paper spit balls, you can reach Neate at neatesager@yahoo.ca.

I'm sure Neate would appreciate it.